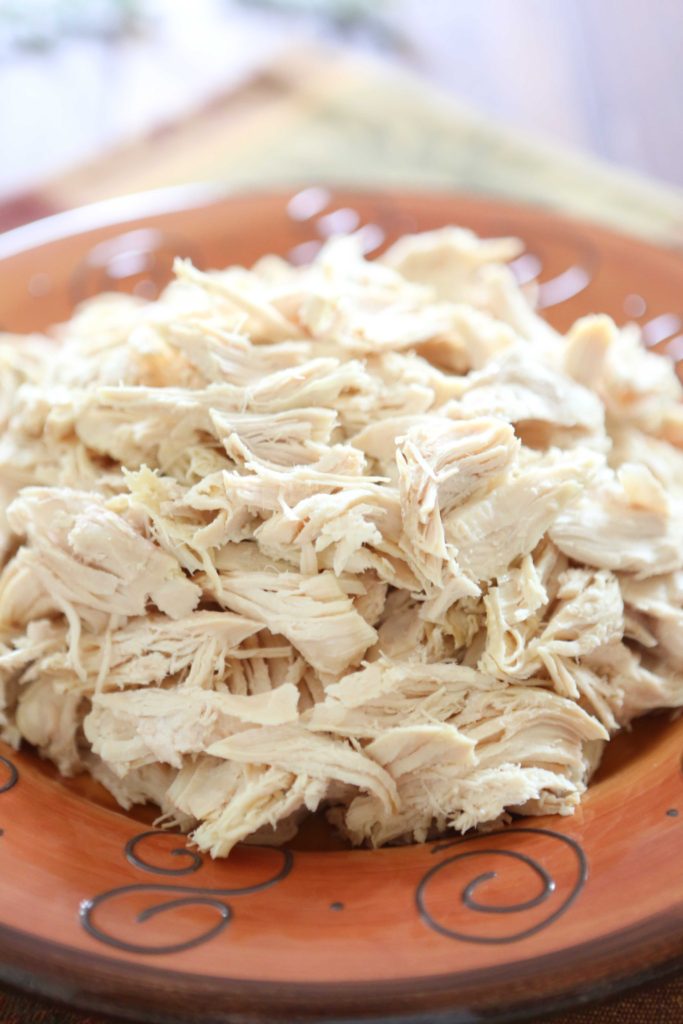 Many recipes, from casseroles to salads to tacos, call for cooked chicken.  Here’s a tutorial on how to prepare it.  I only use white meat in these types of recipes, because I like it better, but you could use the dark meat, as well. 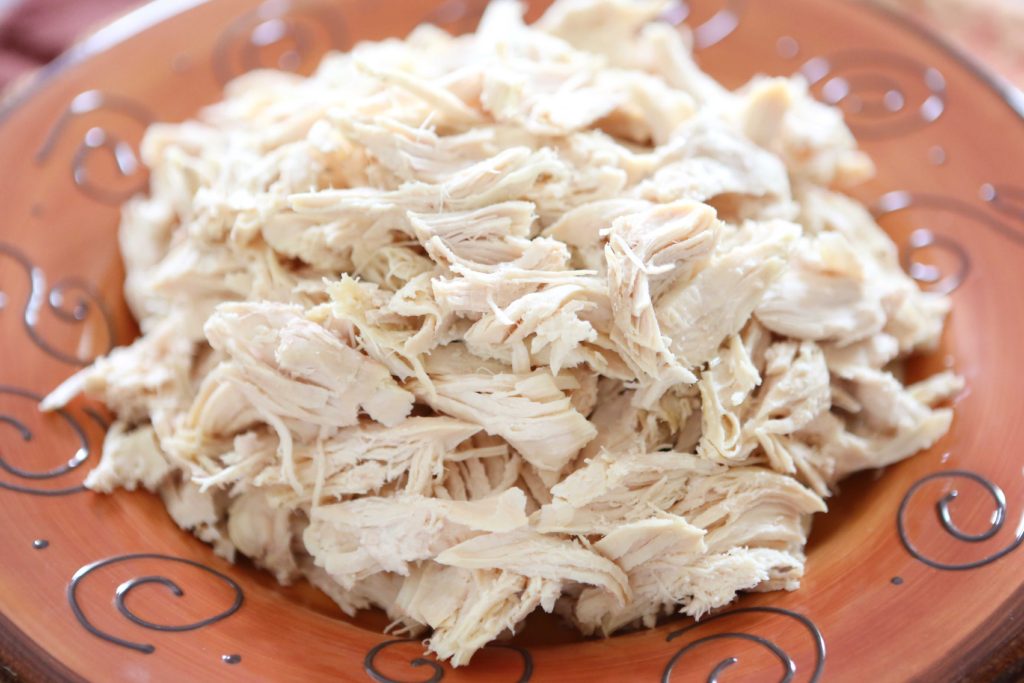 I use split chicken breasts with the bone in and skin on.  The bones and skin give the meat a better flavor and keep it from being so much like tough, boiled meat. 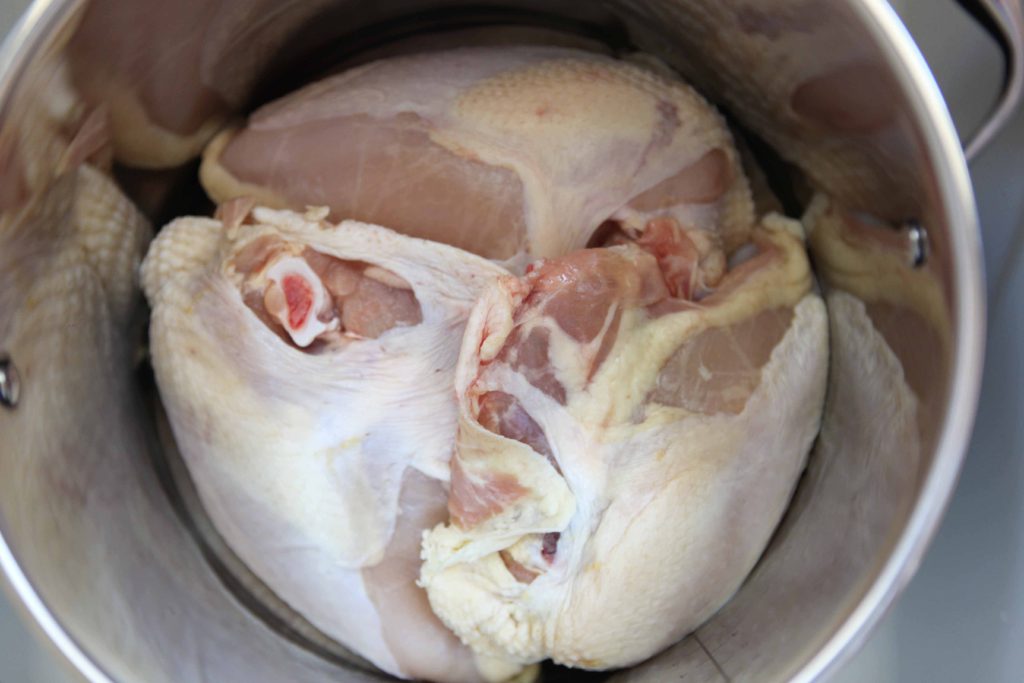 Use a stock pot that’s large enough to fit all the chicken plus enough chicken broth to cover the whole thing. Put the bottom layer of pieces in the pot. I put this layer with the bones down and skin up. This prevents the meat from burning (and sticking) to the bottom of the pan. 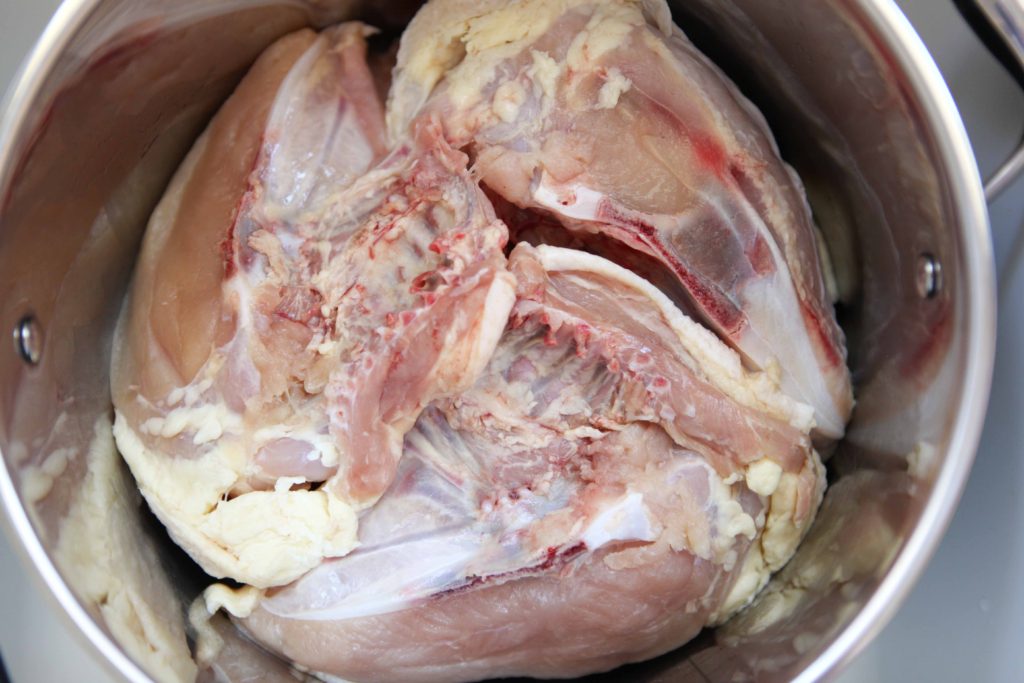 Keep adding the meat until you get to the top layer. I put this layer in skin down, and bone up. This helps the meat stay submerged in the broth, and I think it cooks better. 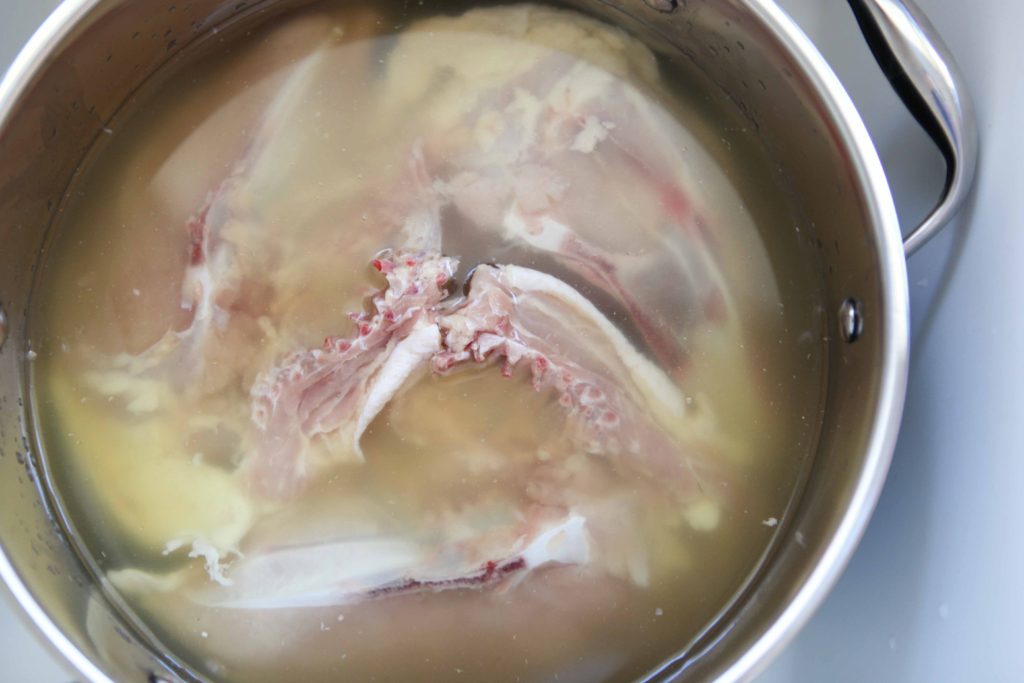 Pour in enough chicken broth to cover every piece of meat. I use broth because I like the way it flavors the meat. You could substitute water and chicken bouillon for the broth. If you do this, use one teaspoon (or cube) bouillon per cup of water. I also add a little more salt, or the chicken will be pretty bland, However, I don’t use other seasonings. I prefer to leave it plain, then season it later according to different recipe requirements. Cover, bring it to a boil, then reduce the heat to about medium low. Keep it just warm enough to maintain a boil. Let it simmer for 45 minutes. 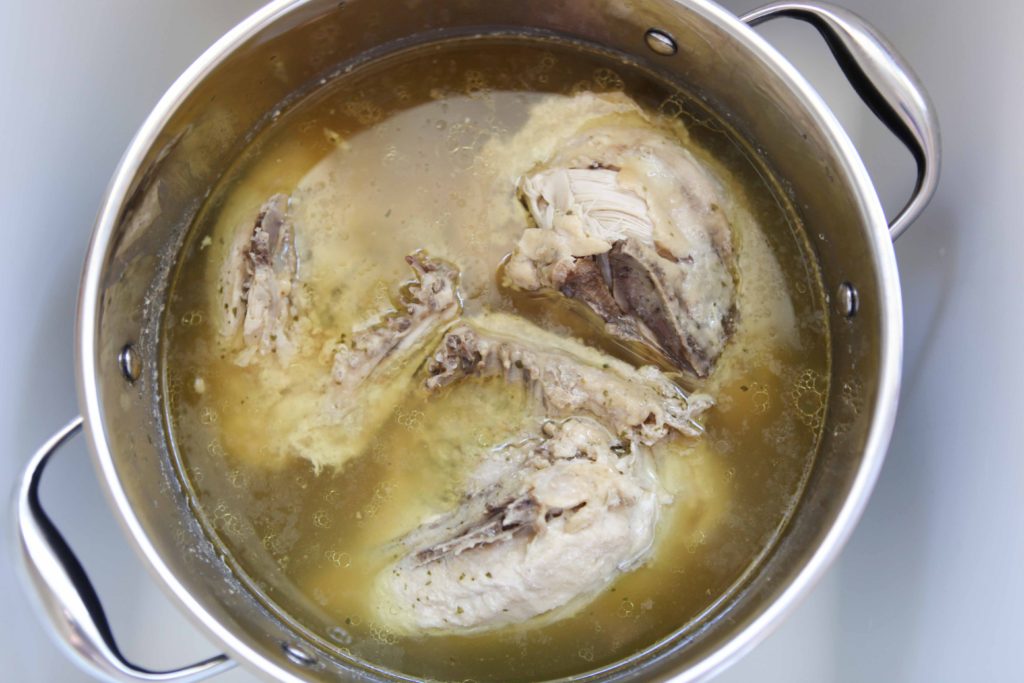 When the time is up, turn off the heat and allow it to sit with the lid on, for another 45 minutes. 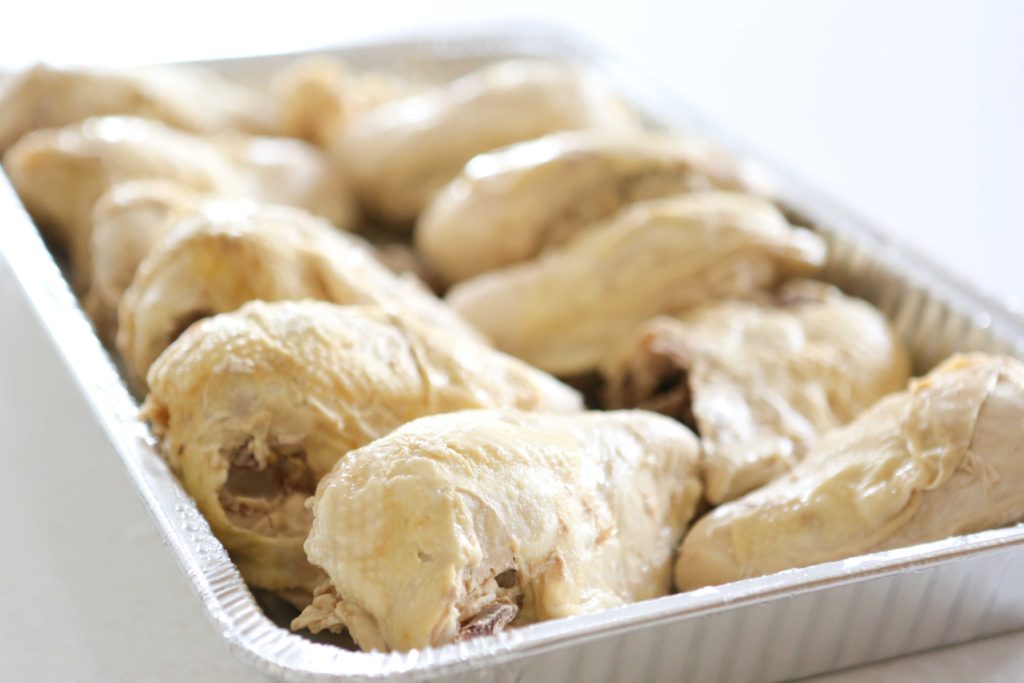 Remove the meat from the broth (it will be very hot), and let it cool. 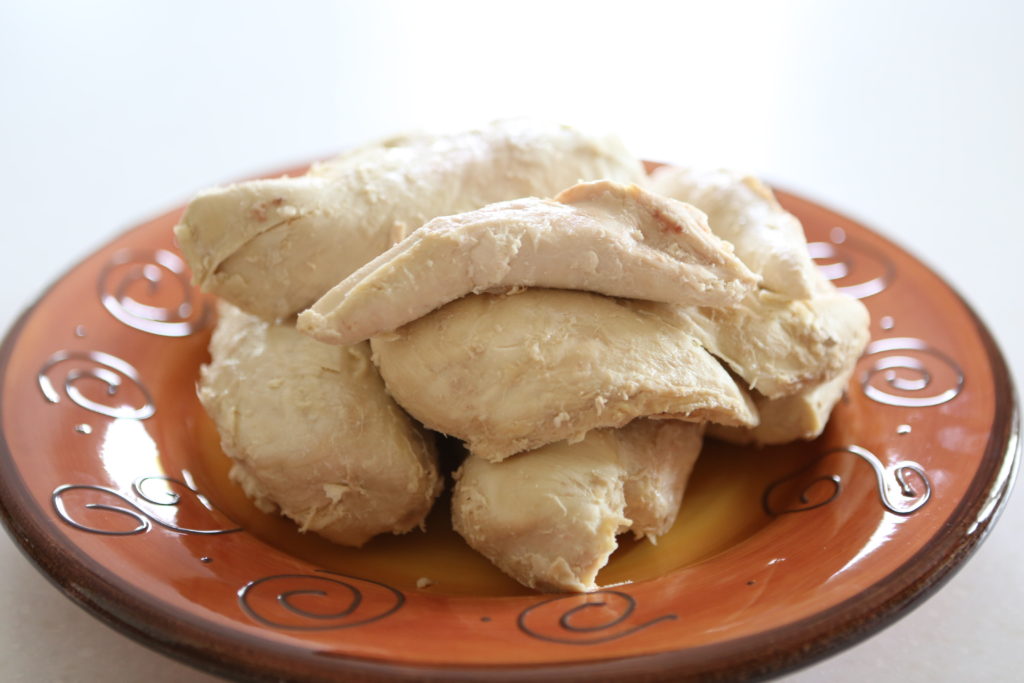 Once the chicken is cool enough to handle, remove the skin and take the meat off the bones. (~or~ You can cover it, and refrigerate for up to 3 days before doing this step.)

I don’t shred it until just before using, so if I’m freezing, I keep the portions as intact as possible. 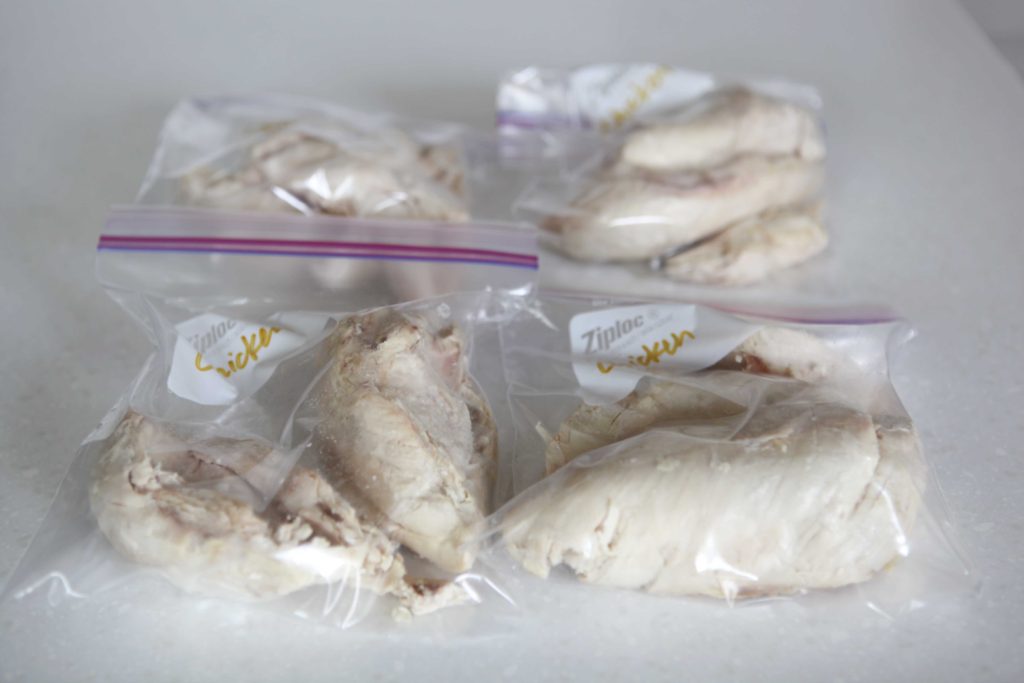 Divide the meat into portions, and freeze whatever you won’t be using within a few days.

… and don’t forget about that lovely broth! 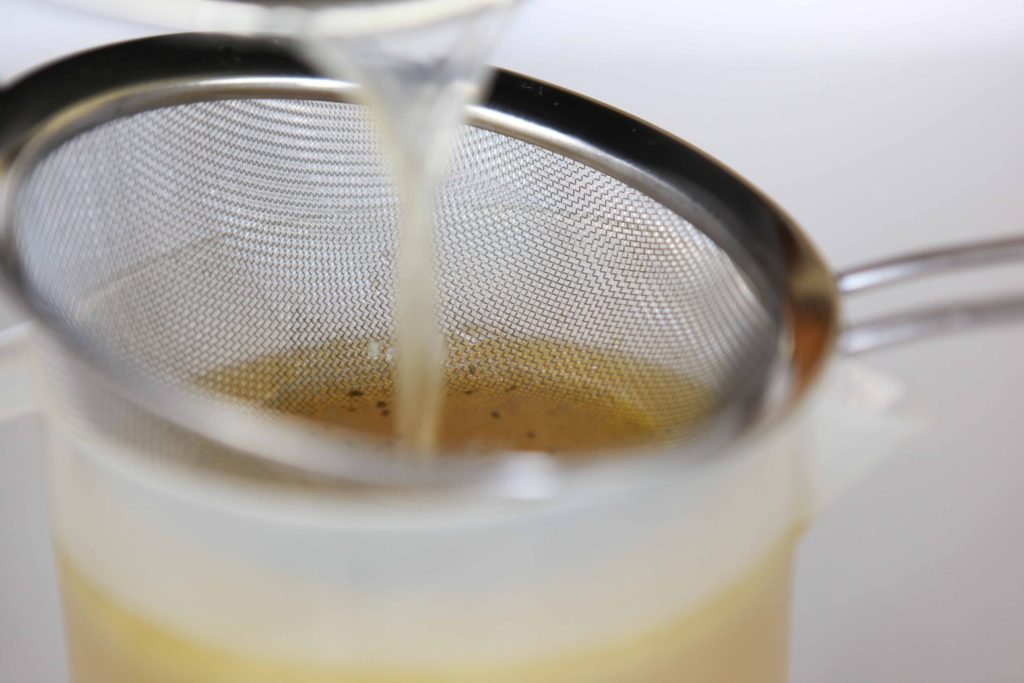 Strain it for use in soups or other recipes. 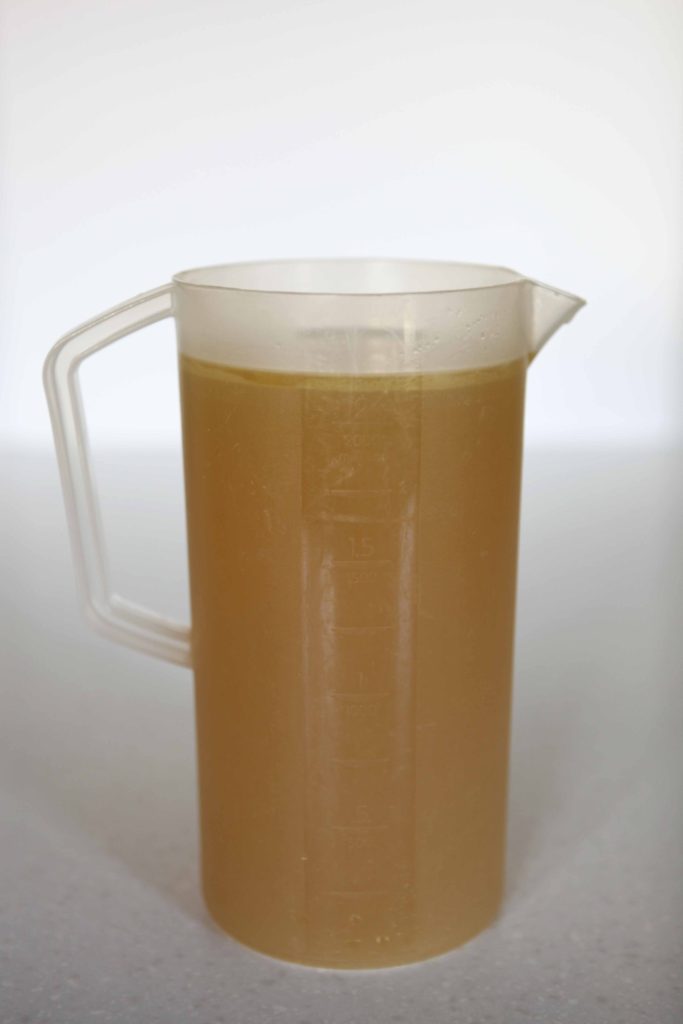 Pour it into a container that’s tall and thin (like a pitcher), so that the fat is more consolidated and makes a thicker layer. Allow the strained broth to sit for several minutes. All the fat will rise to the top, and can be easily skimmed away. 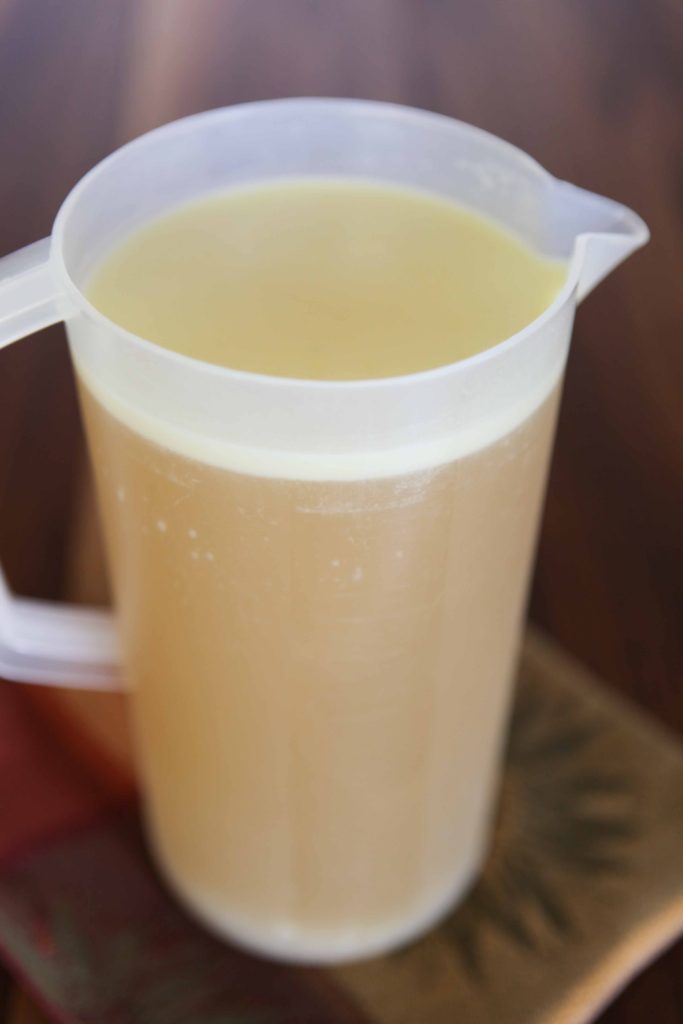 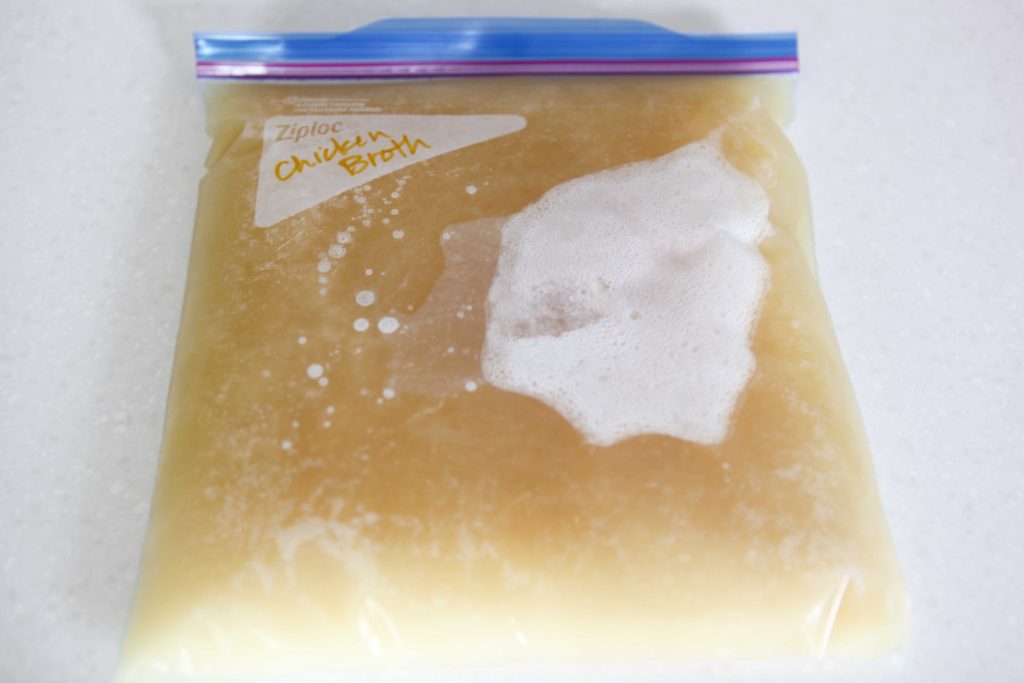 If you aren’t going to use the broth immediately, it can be frozen for another time. 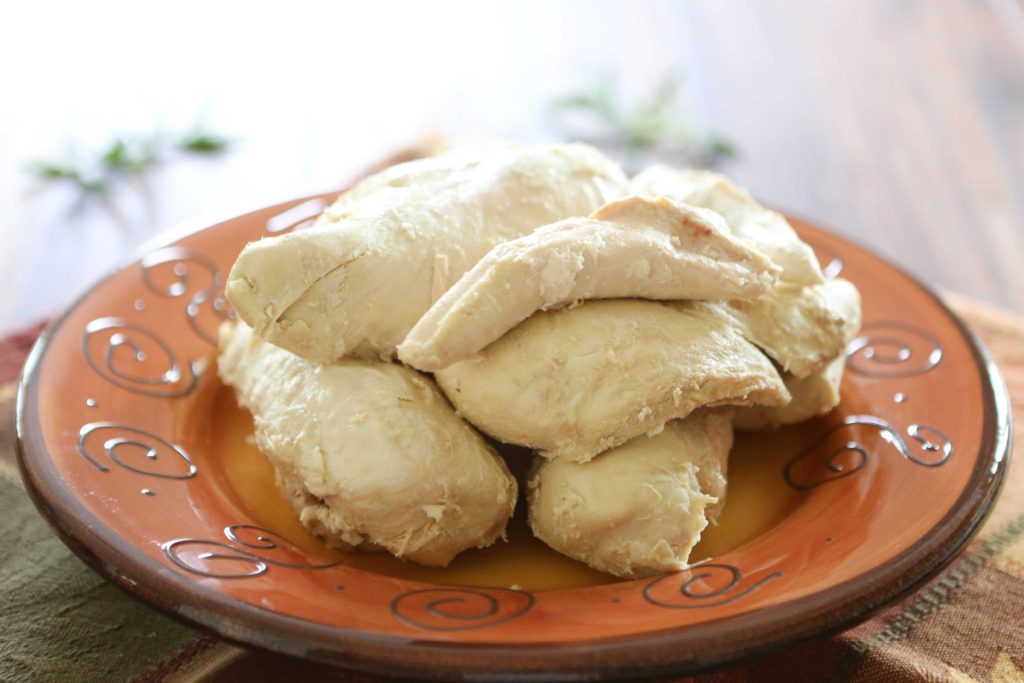 When you’re ready for some shredded chicken, just … 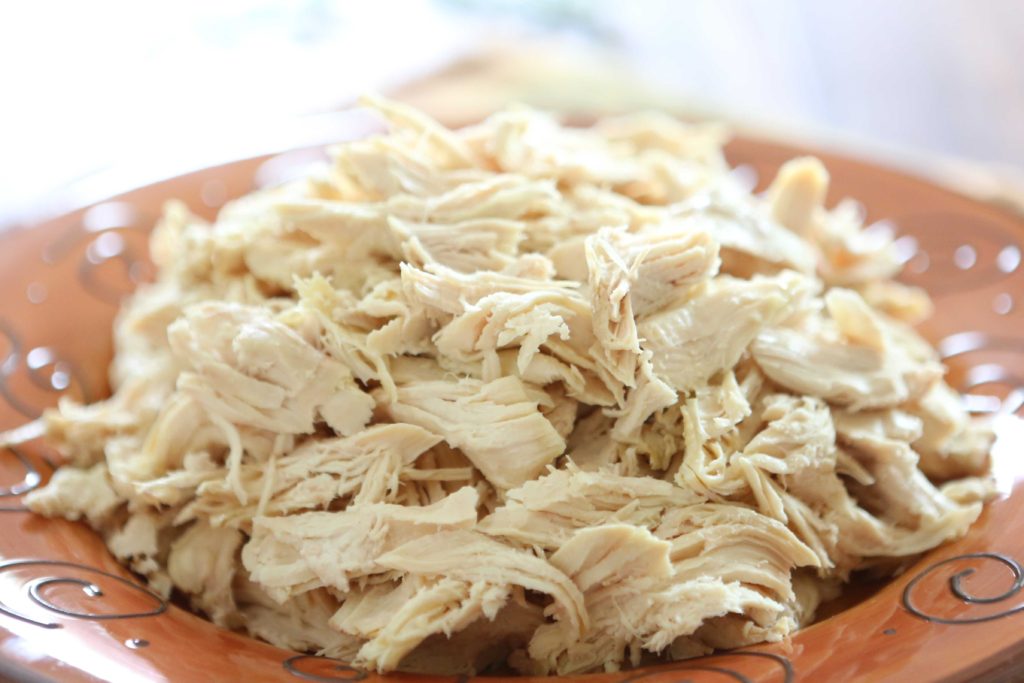 … pull it apart with your fingers or two forks.