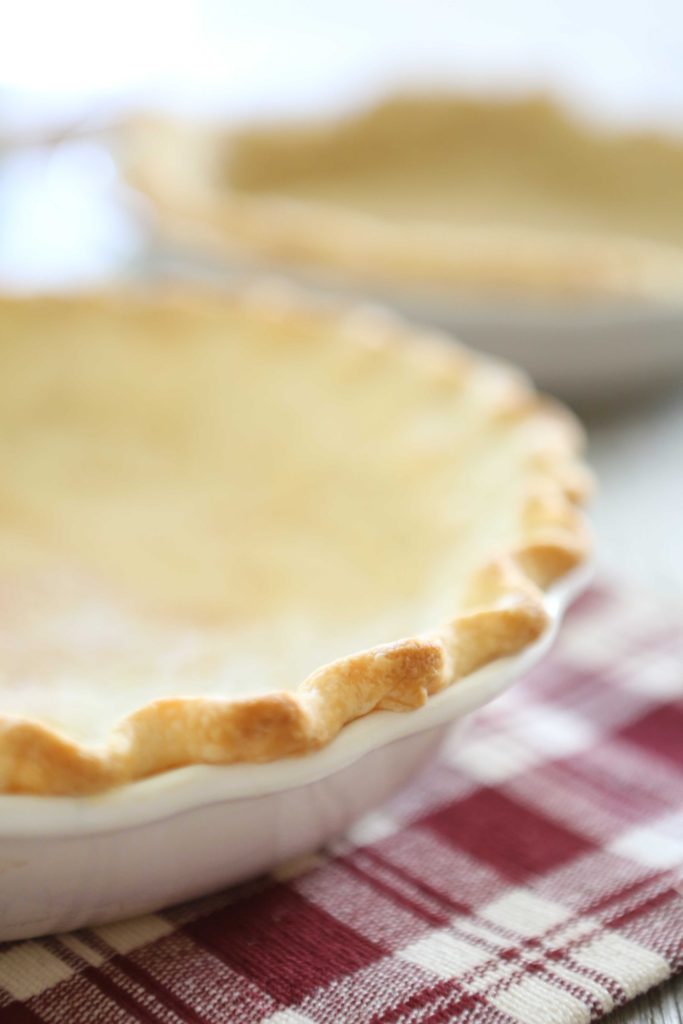 Over the years, I’ve experimented with MANY pie crust recipes.  I’ve found that this one is the easiest to work with, and it tastes good, as well.  It calls for lard, which I’ve never been brave enough to use.  I think it’s just a matter of principle for me. I can’t bring myself to buy it because I know it’s so unhealthy.  Ironically, shortening is also unhealthy, so it’s just a stupid hang-up for me.  I substitute shortening for the lard, but let’s be real, no one makes pie because it’s a health food.

This recipe makes one 9-inch two-crust pie or two one-crust pies.  I’ve doubled and tripled it with great results. 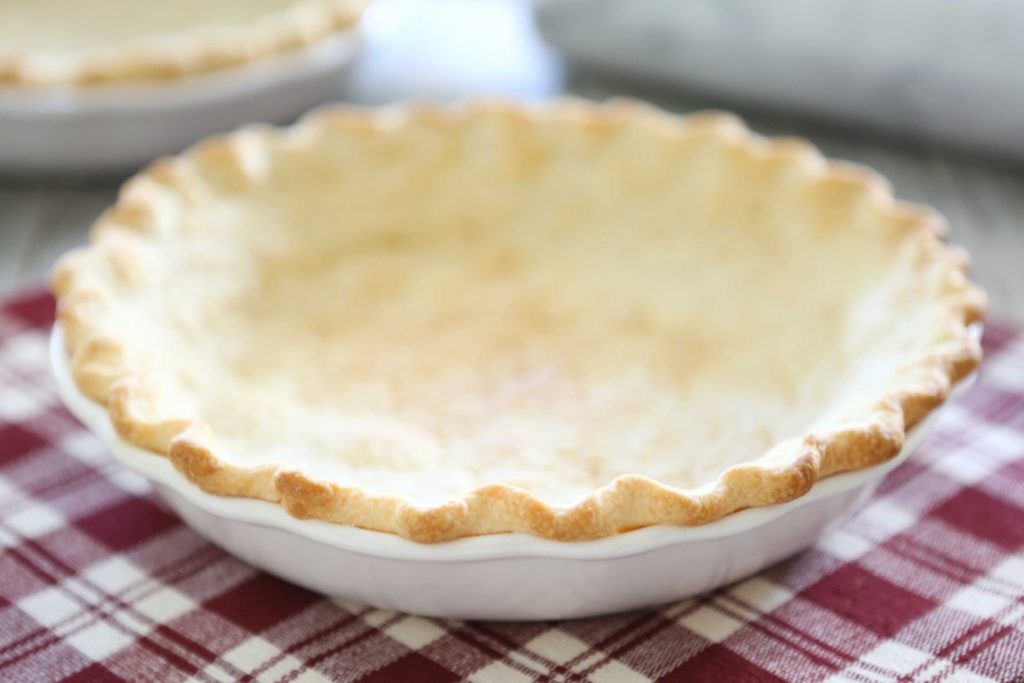 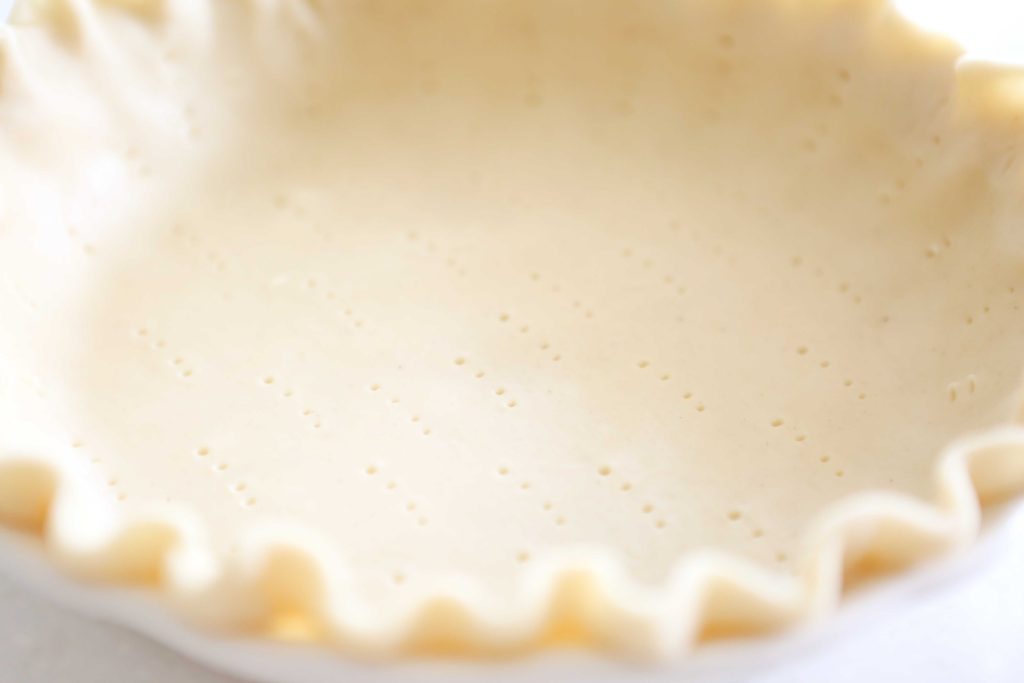 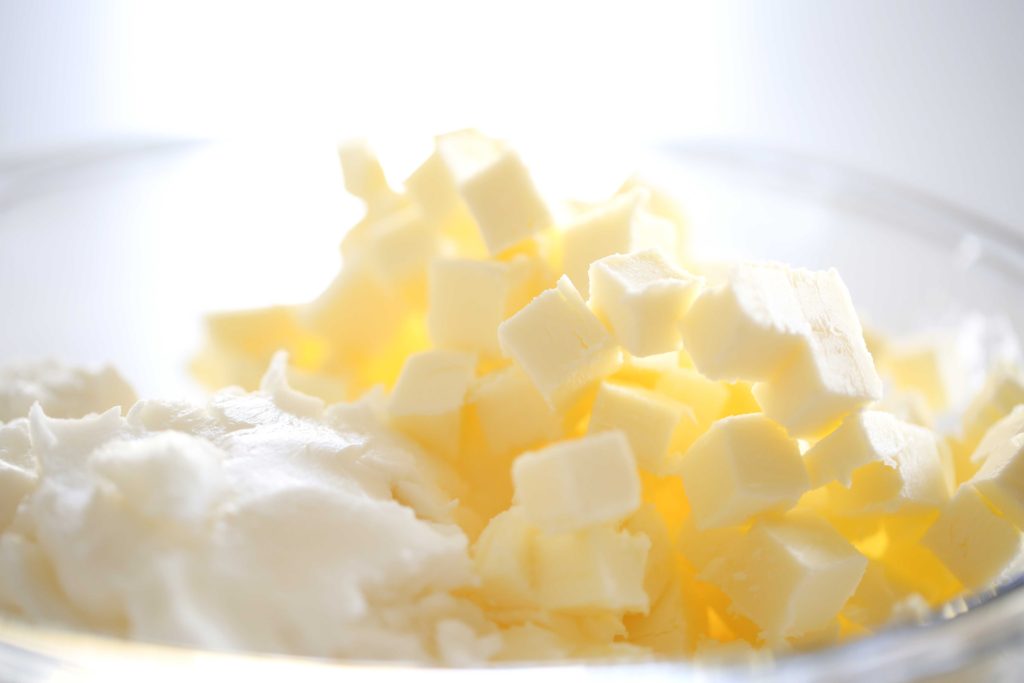 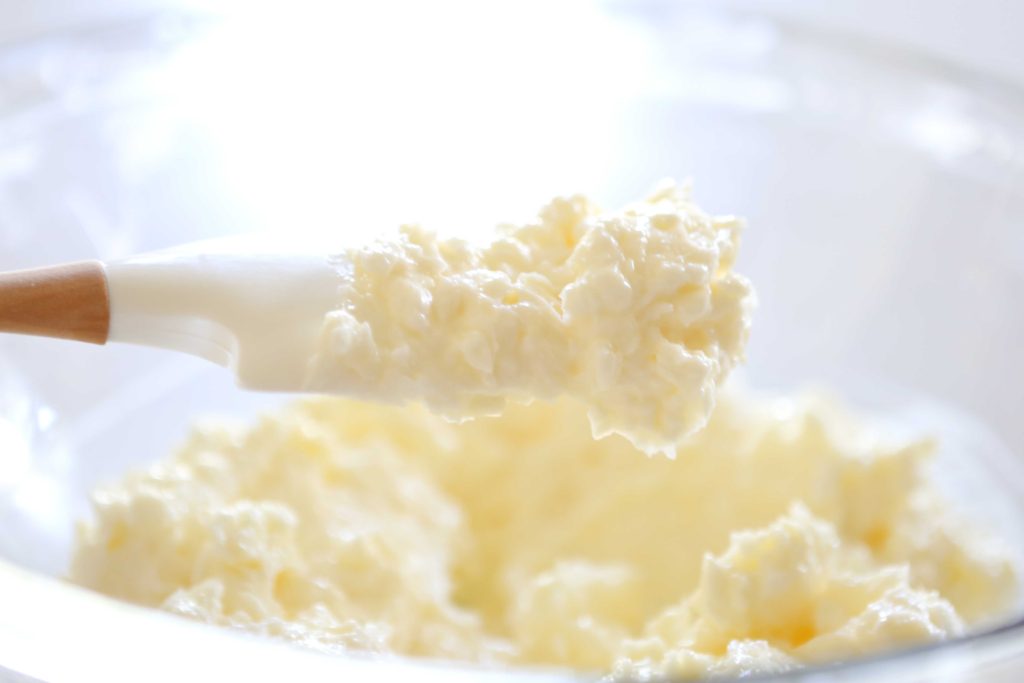 Use a mixer to combine the fats, but don’t completely blend them. Make sure you still have small chunks in there. They should be about the same size as small curd cottage cheese. 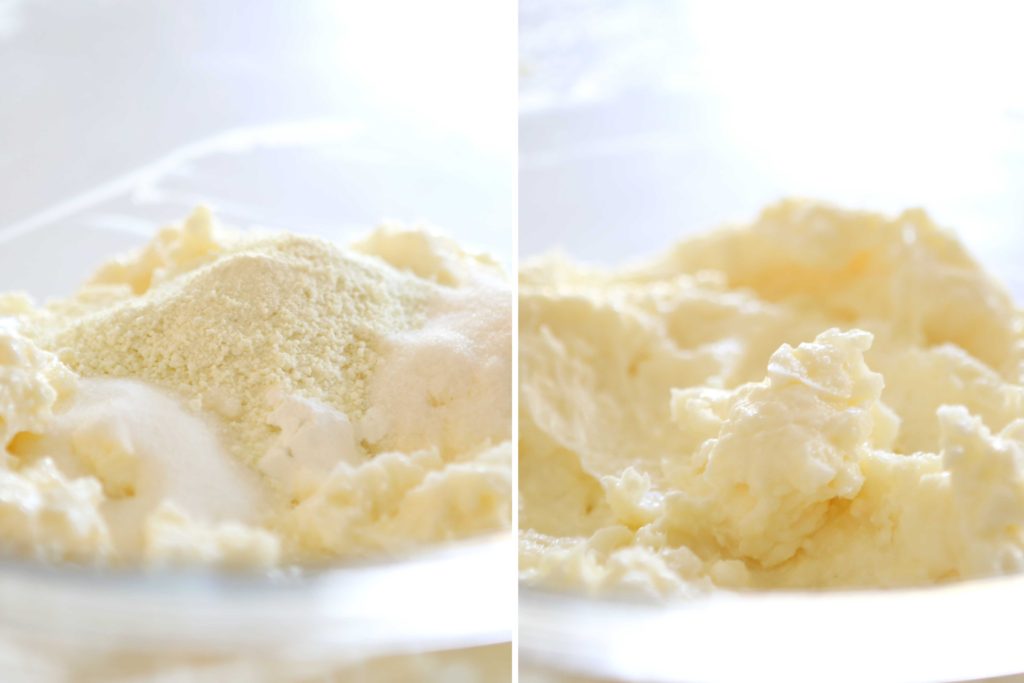 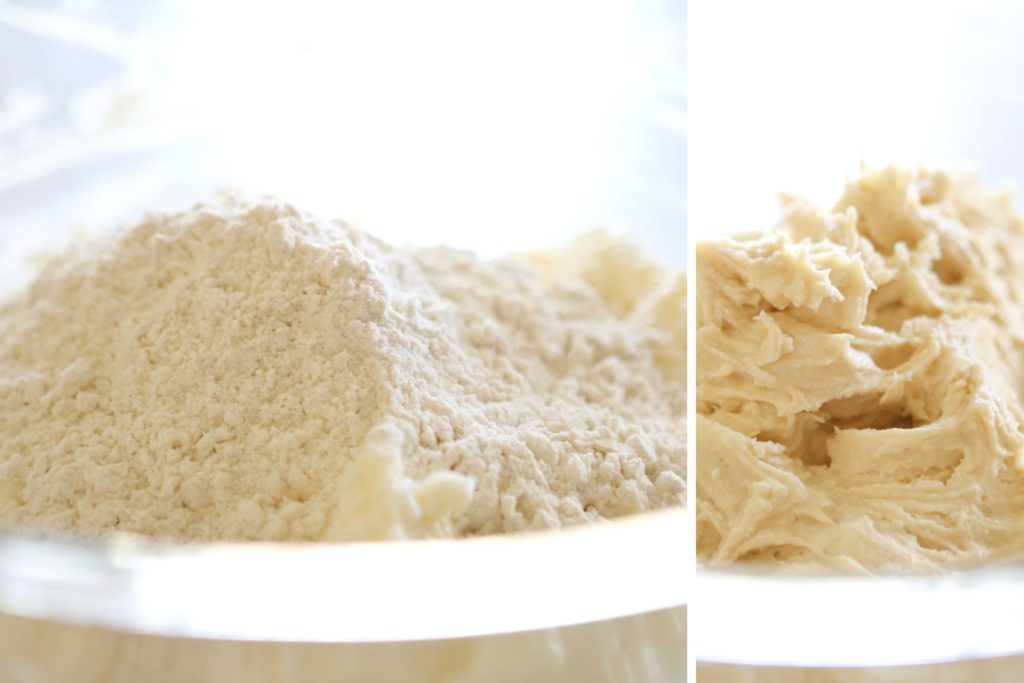 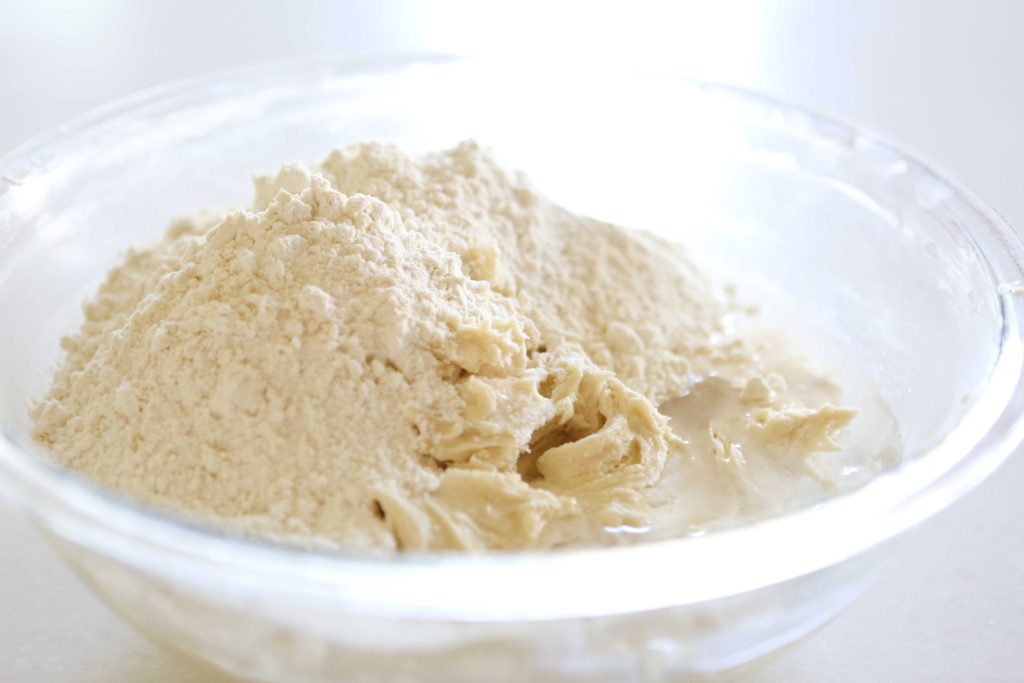 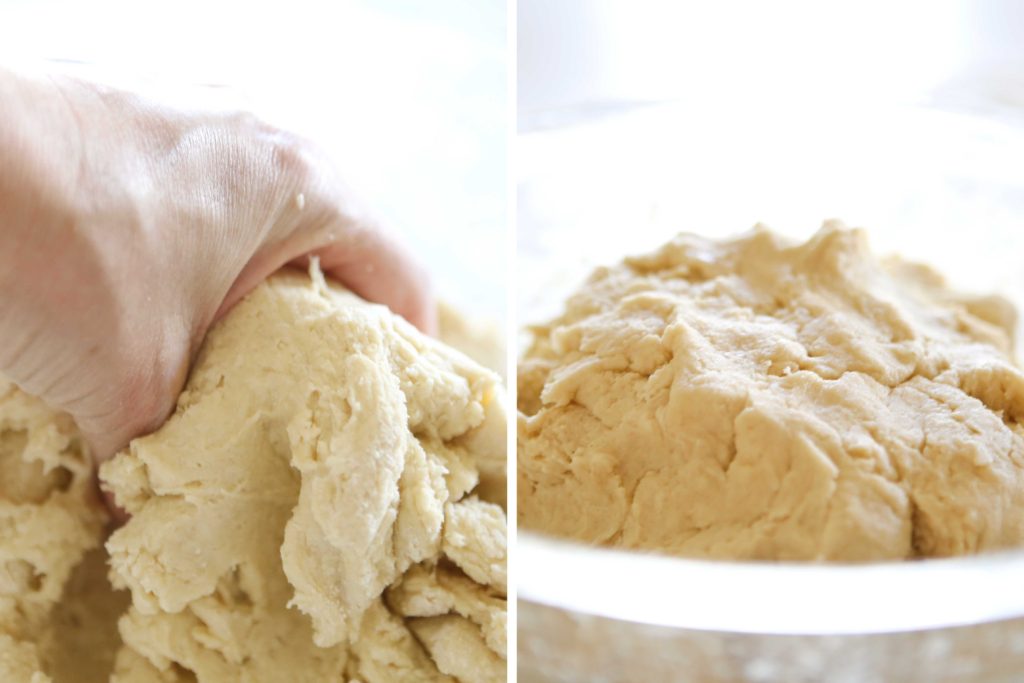 You may need to get your hands dirty. 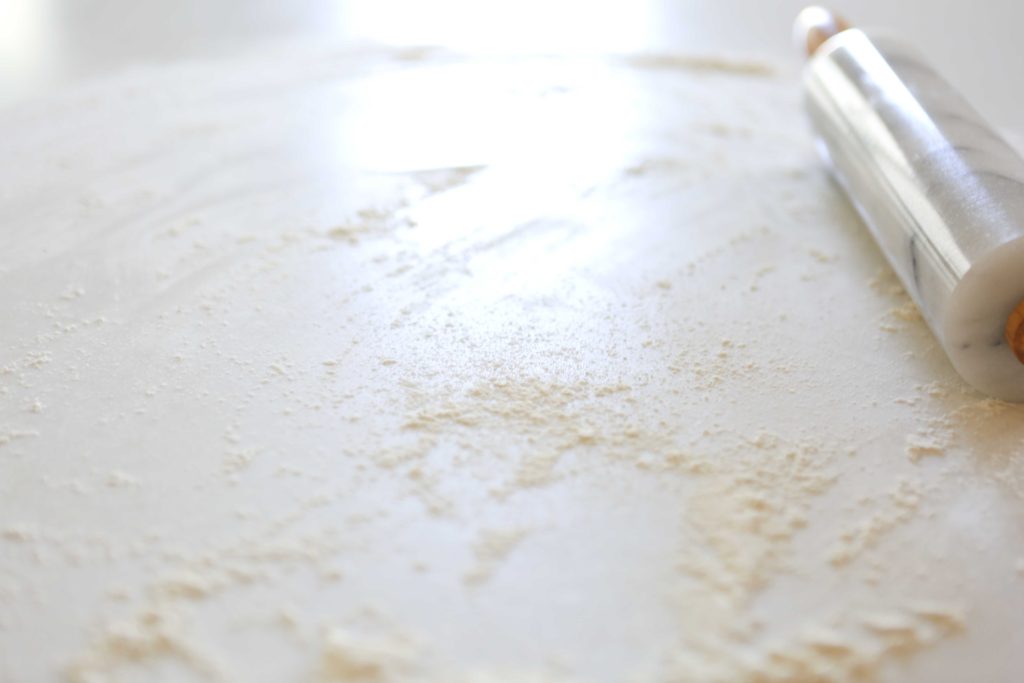 Sprinkle a light dusting of flour on a clean surface. 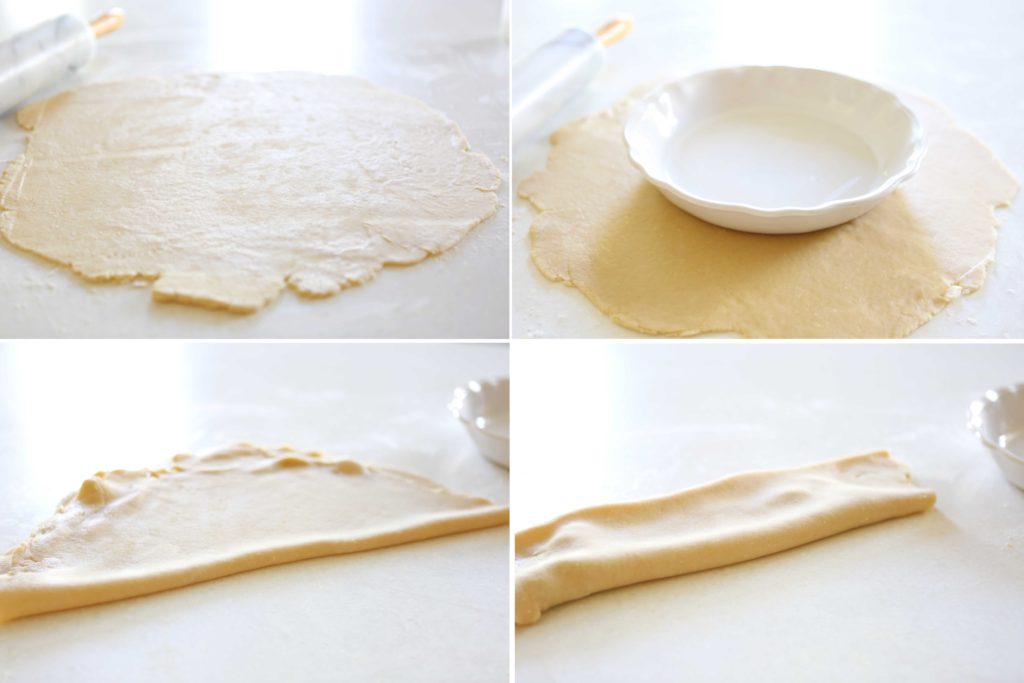 Roll out half of the dough into a very thin circle. Make sure that it’s much larger than your pie plate.
Gently fold the circle in half once. then again. 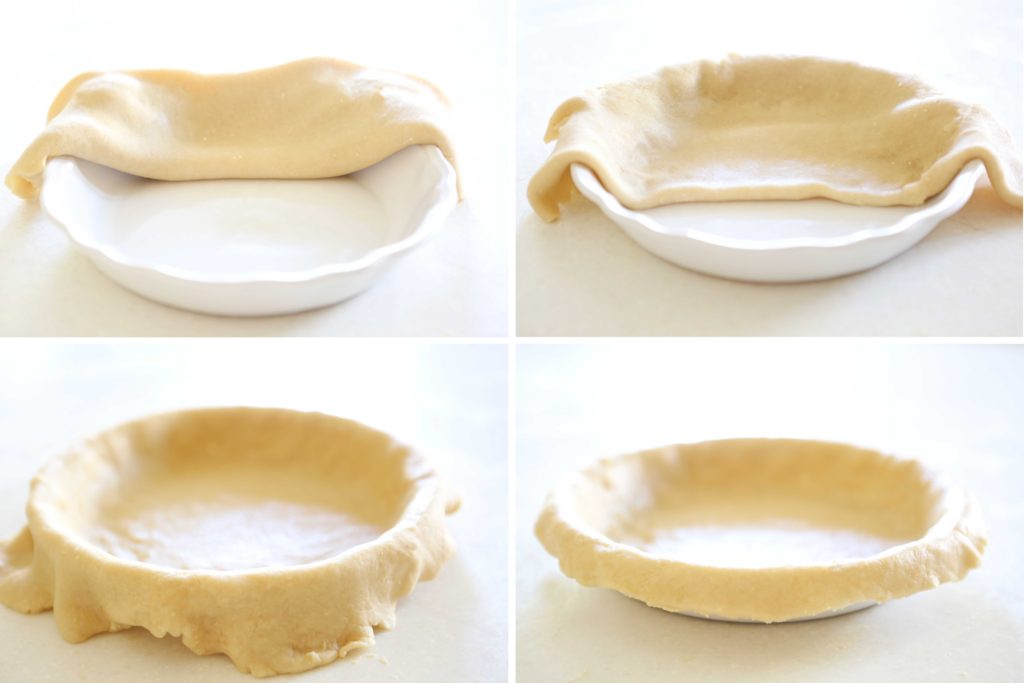 Carefully transfer the folded dough to the edge of the pie plate.
Unfold it once, then again. Make sure that it fits down into the bottom of the plate.
Trim the dough to 1 inch from the rim of the plate.

Fold the edge under, and tuck it into the pie plate. 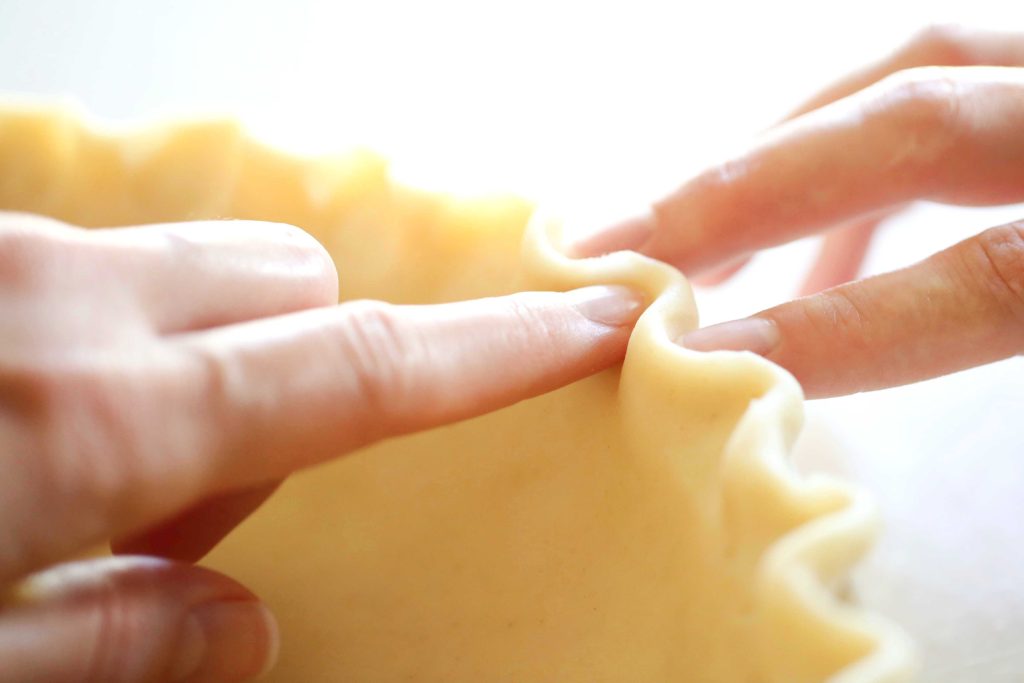 Using two fingers from one hand and one finger from the other, flute the edge of the crust. 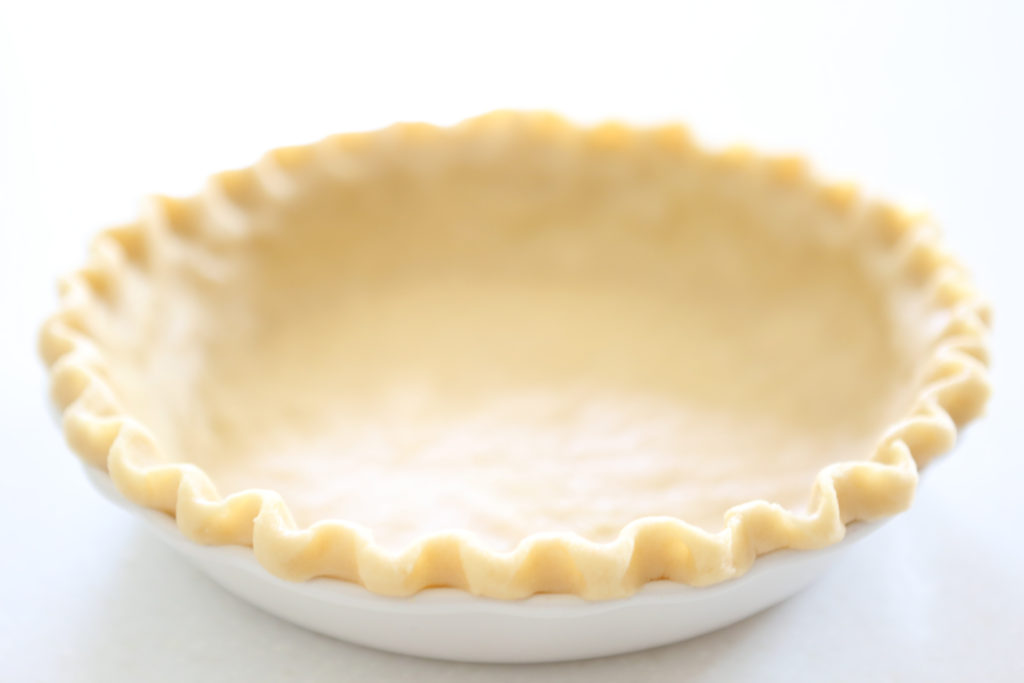 At this point, this crust could be baked, empty, to be filled with a cream pie, or it could be filled first, then baked. If you wanted to bake this shell as is, do the following: 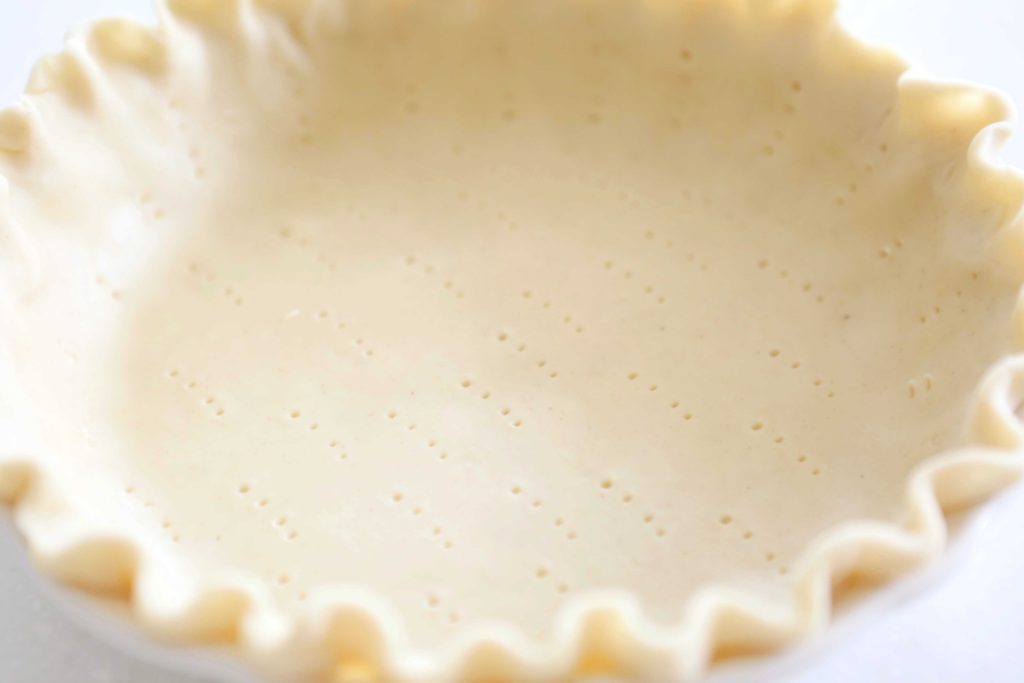 Preheat the oven to 425 degrees F, and prick the bottom and sides with a fork. 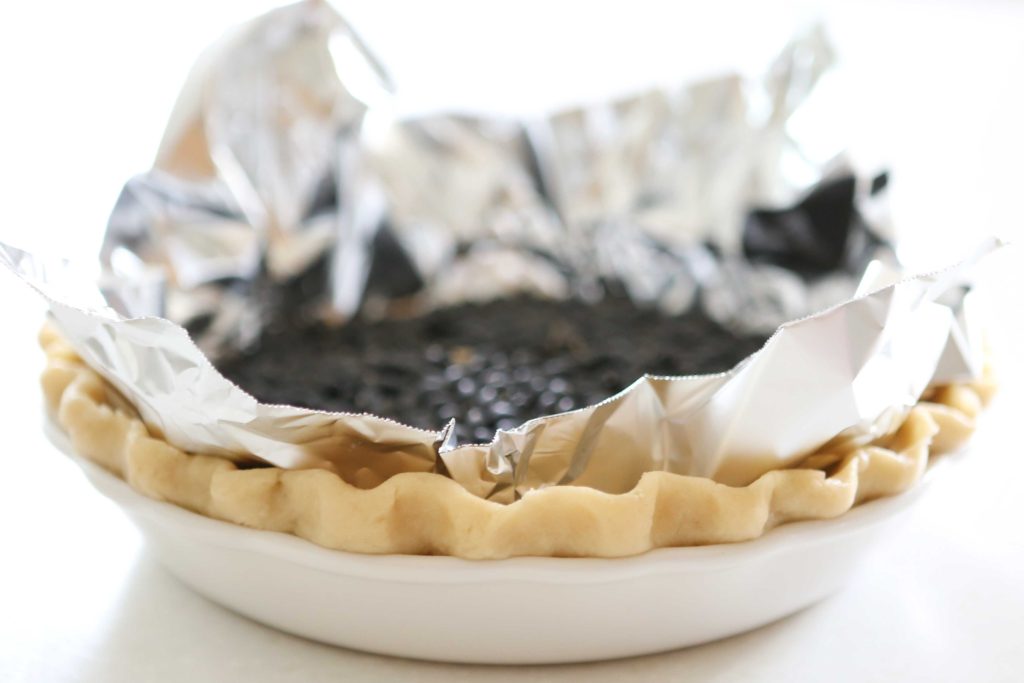 Carefully line the crust with foil, and fill the bottom with dry beans. Place in the oven, and immediately reduce heat to 400 degrees. Bake for 10 minutes. 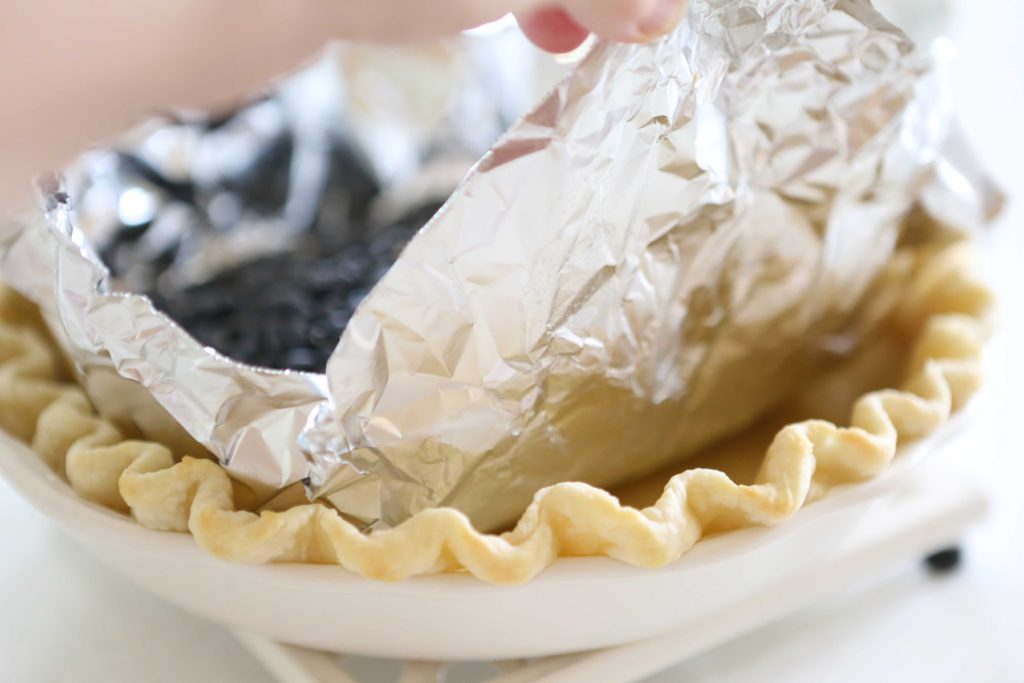 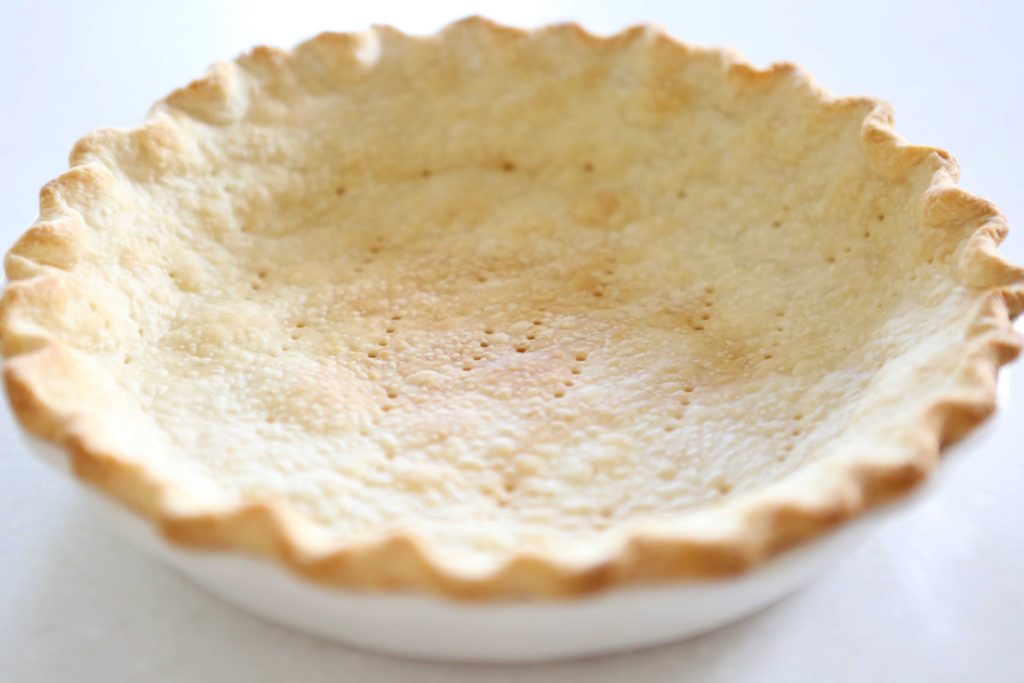 Let it cool completely before filling. 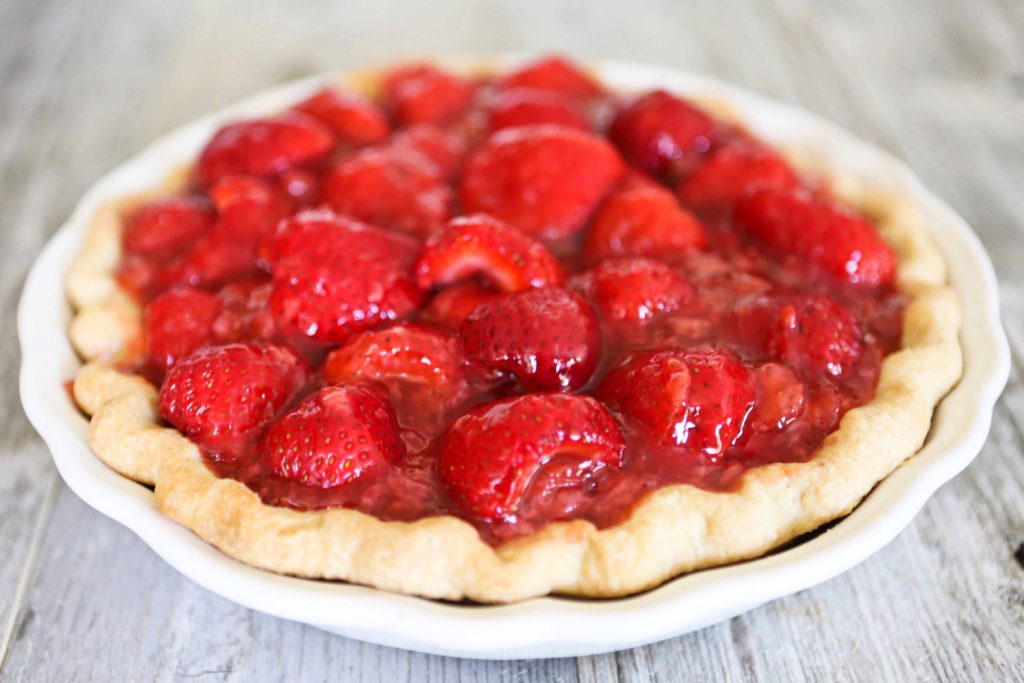 If you have leftover scraps of dough, don’t throw them away.  Make yummy pie crust cookies! 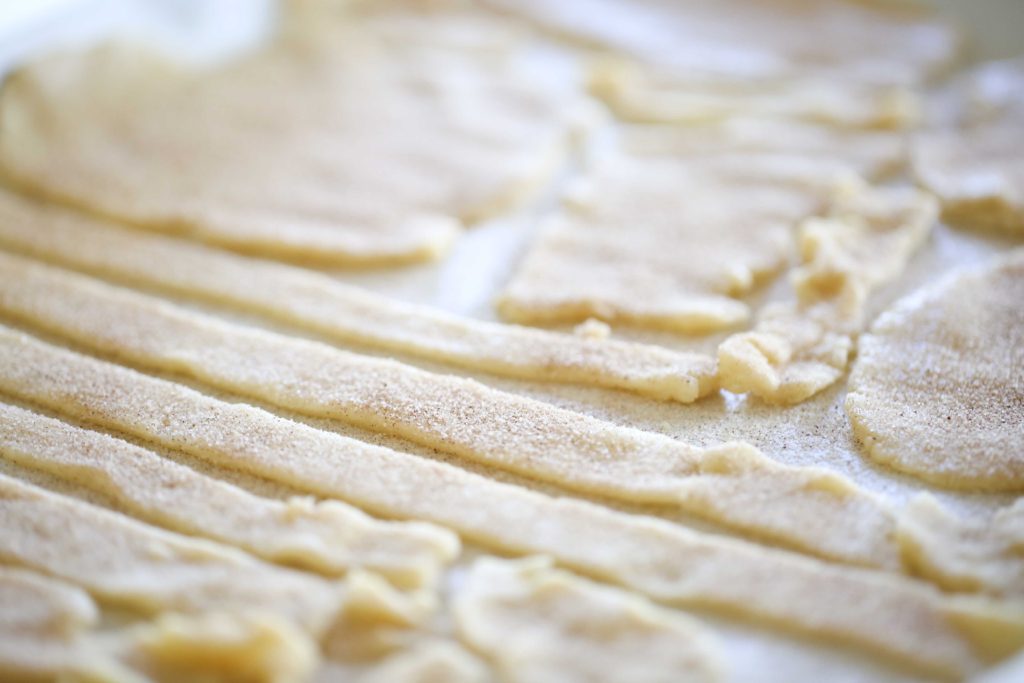 Arrange the scraps of dough on a parchment-lined cookie sheet, and generously sprinkle with cinnamon sugar. I make my own by combining
1 cup sugar
2 teaspoons cinnamon
Bake at 375 degrees F for 15 minutes. 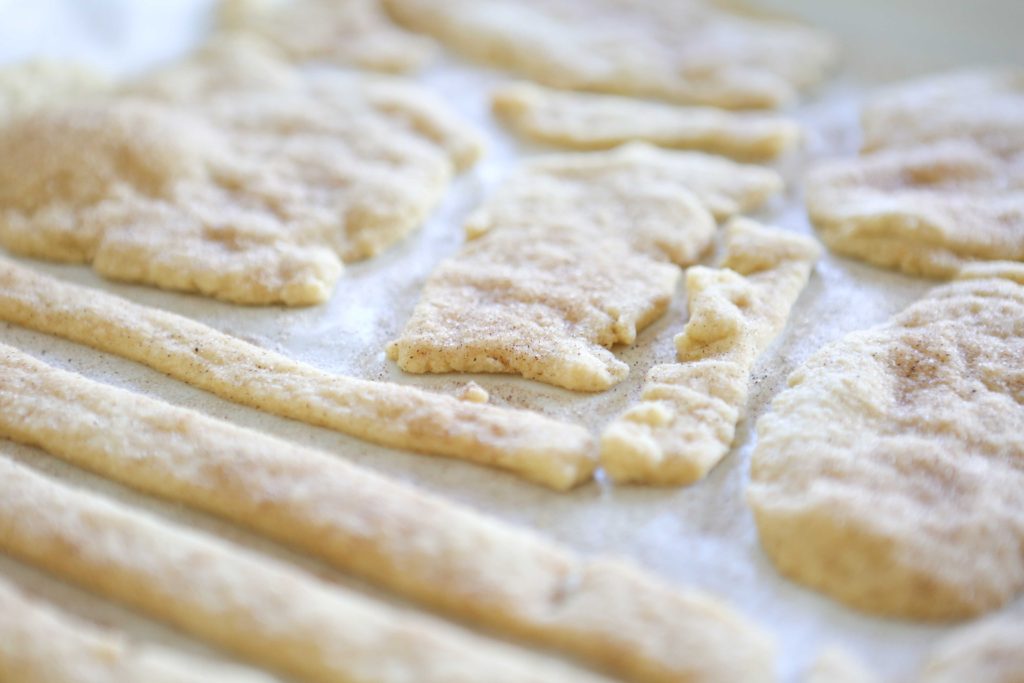 Remove from oven, and cool on a wire rack. 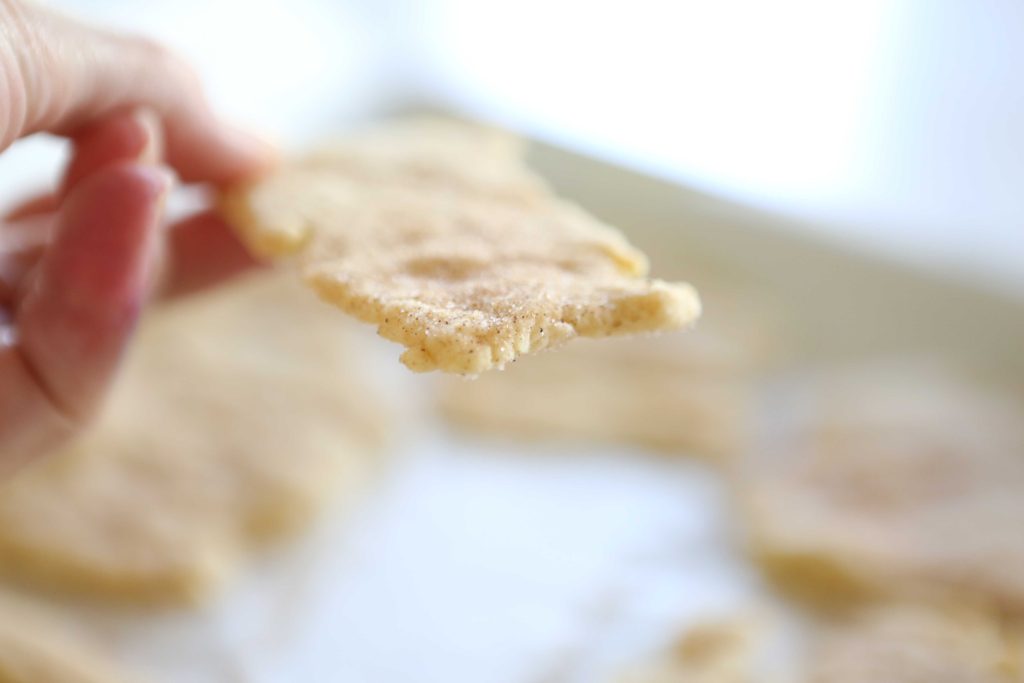 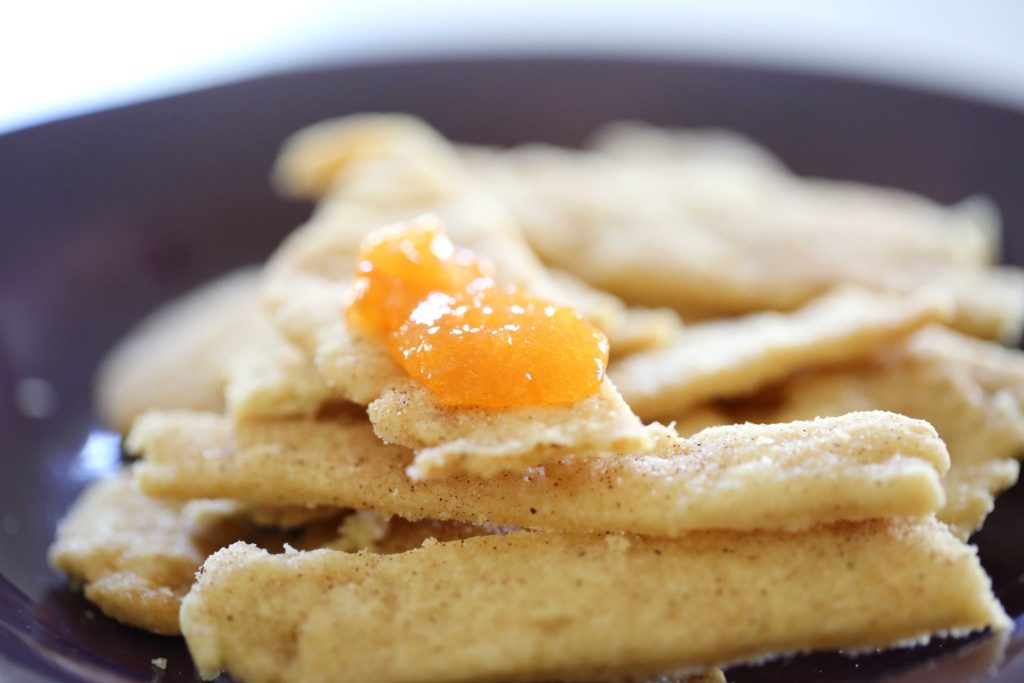 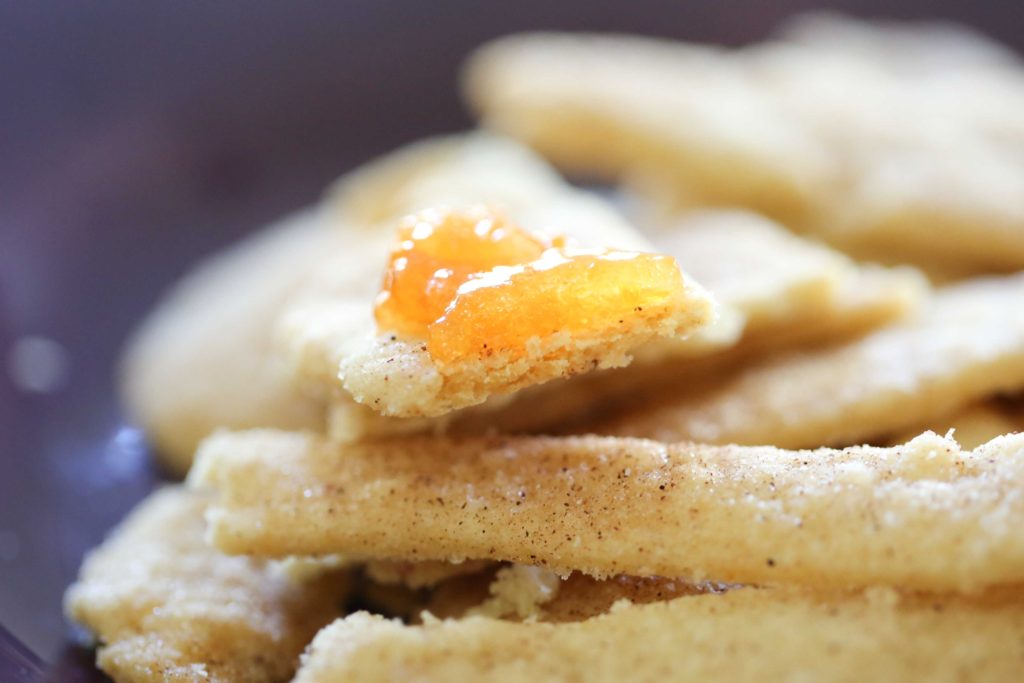