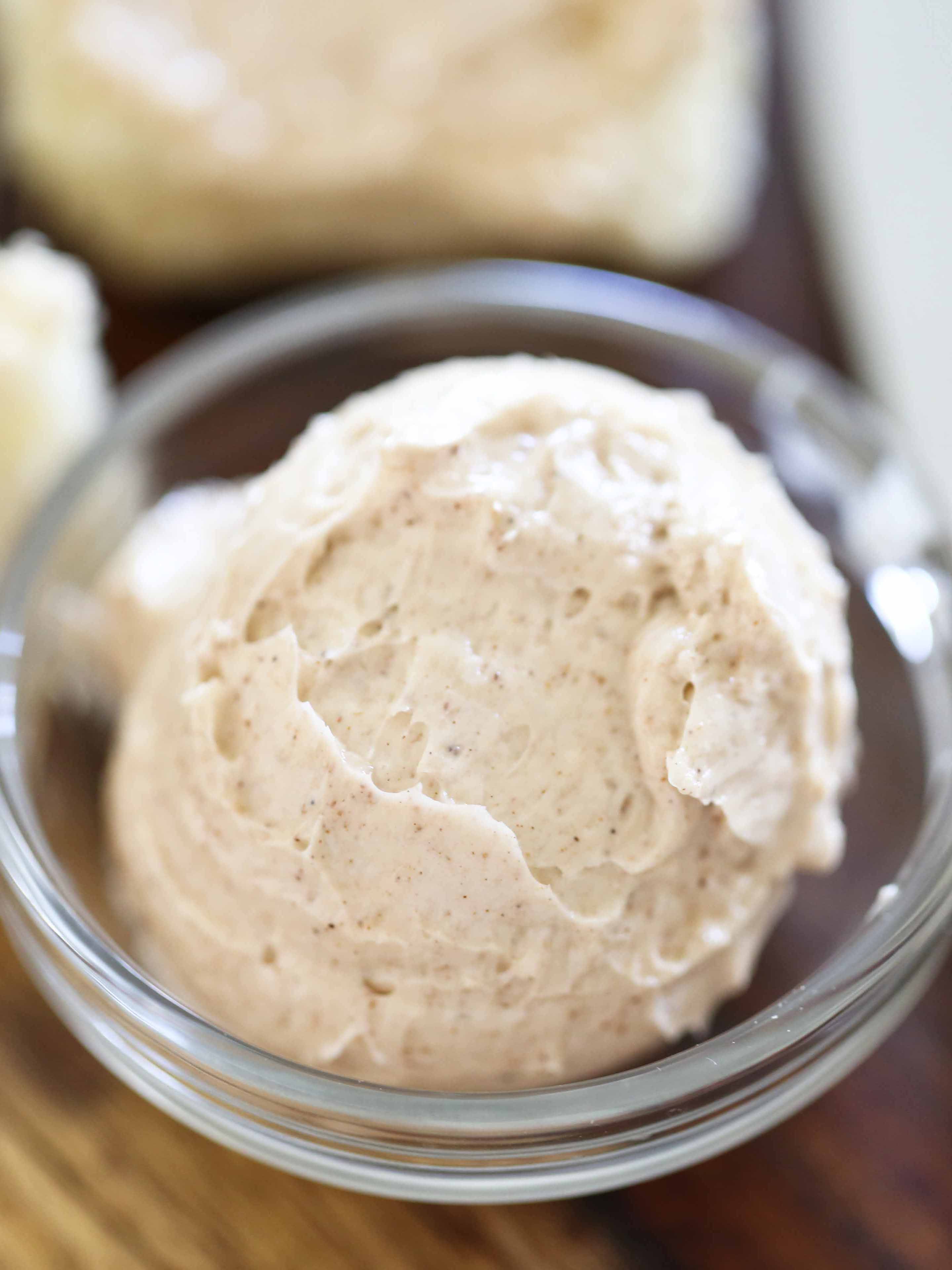 Honey butter is a very simple thing to make, but it’s not something that I think to do very often.  However, the small amount of effort involved yields HUGE results.  So I need to make it way more often! 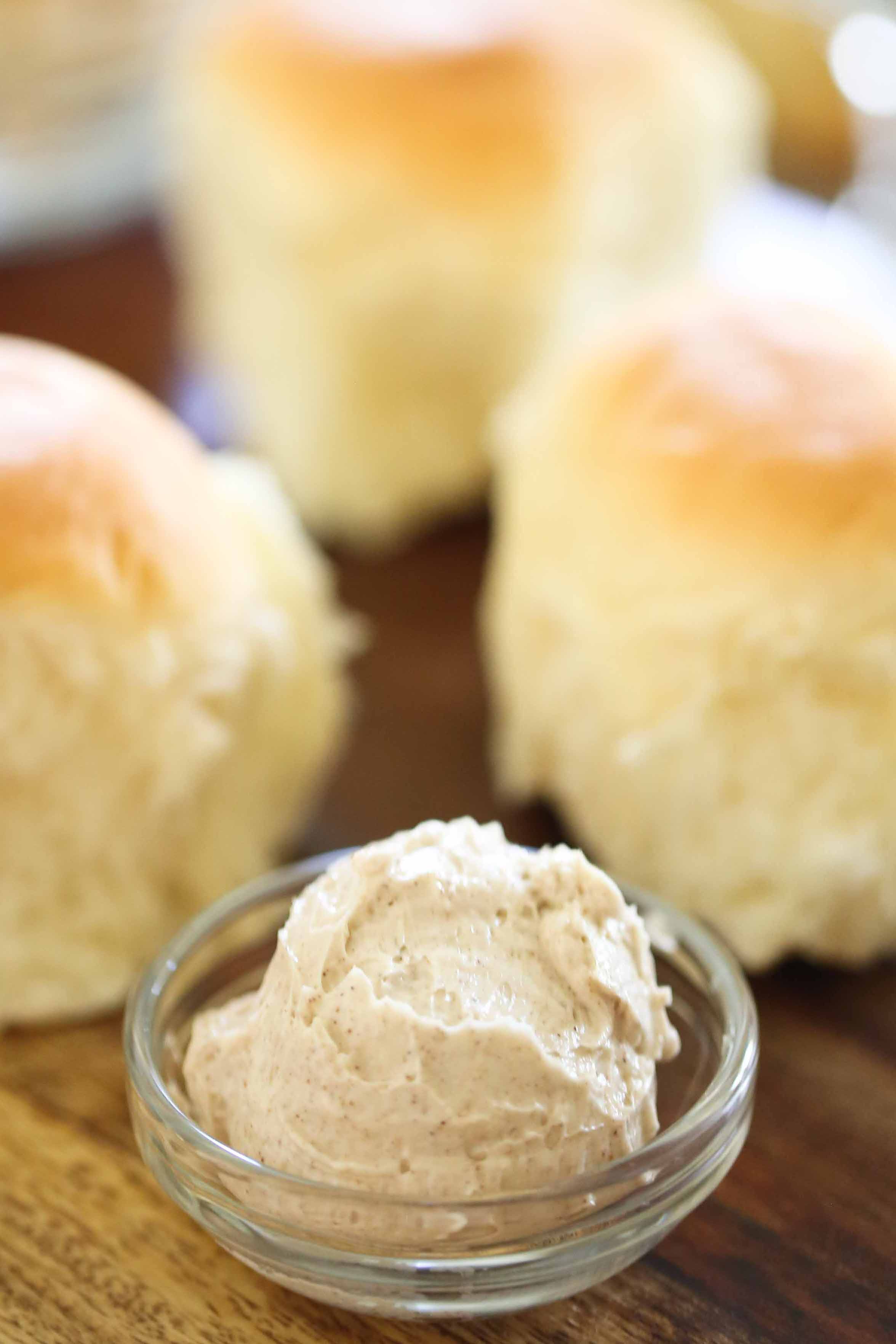 The addition of a little cinnamon to plain honey butter is also incredible.  You won’t be able to stop eating this. 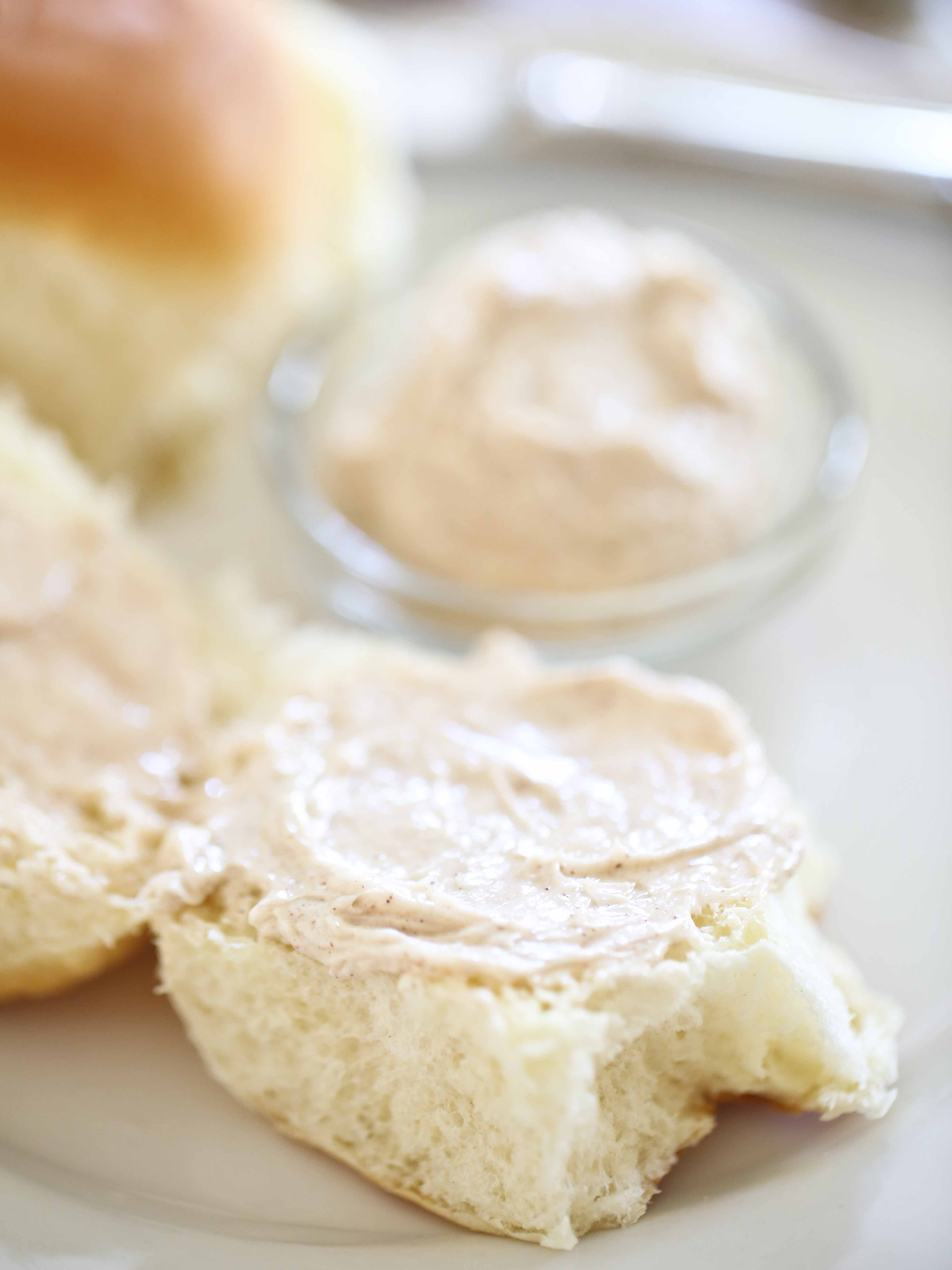 If you’re serving bread or rolls, make some of this honey butter with cinnamon, and everyone will think you’re a super-hero.  So … it’s totally worth it! 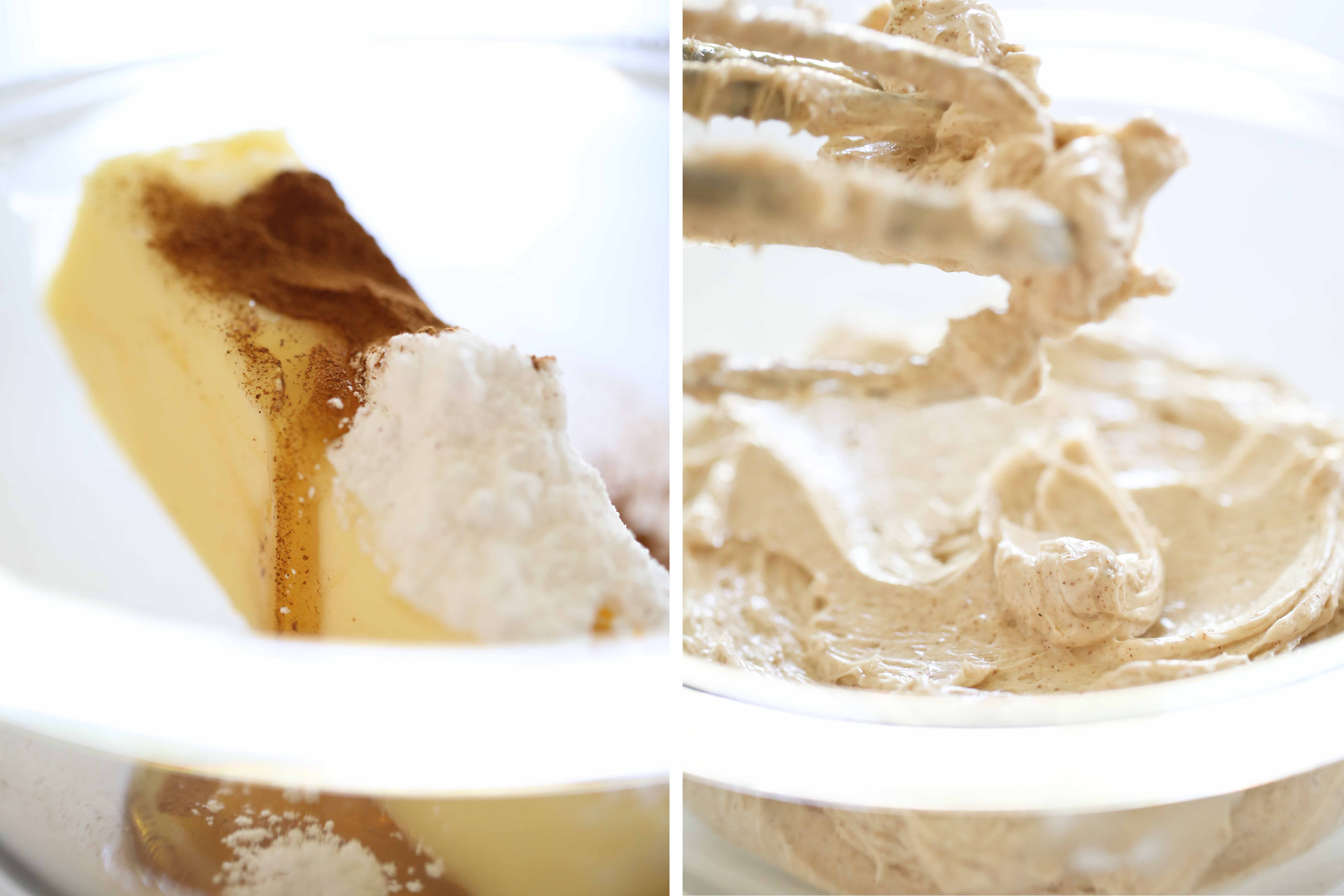 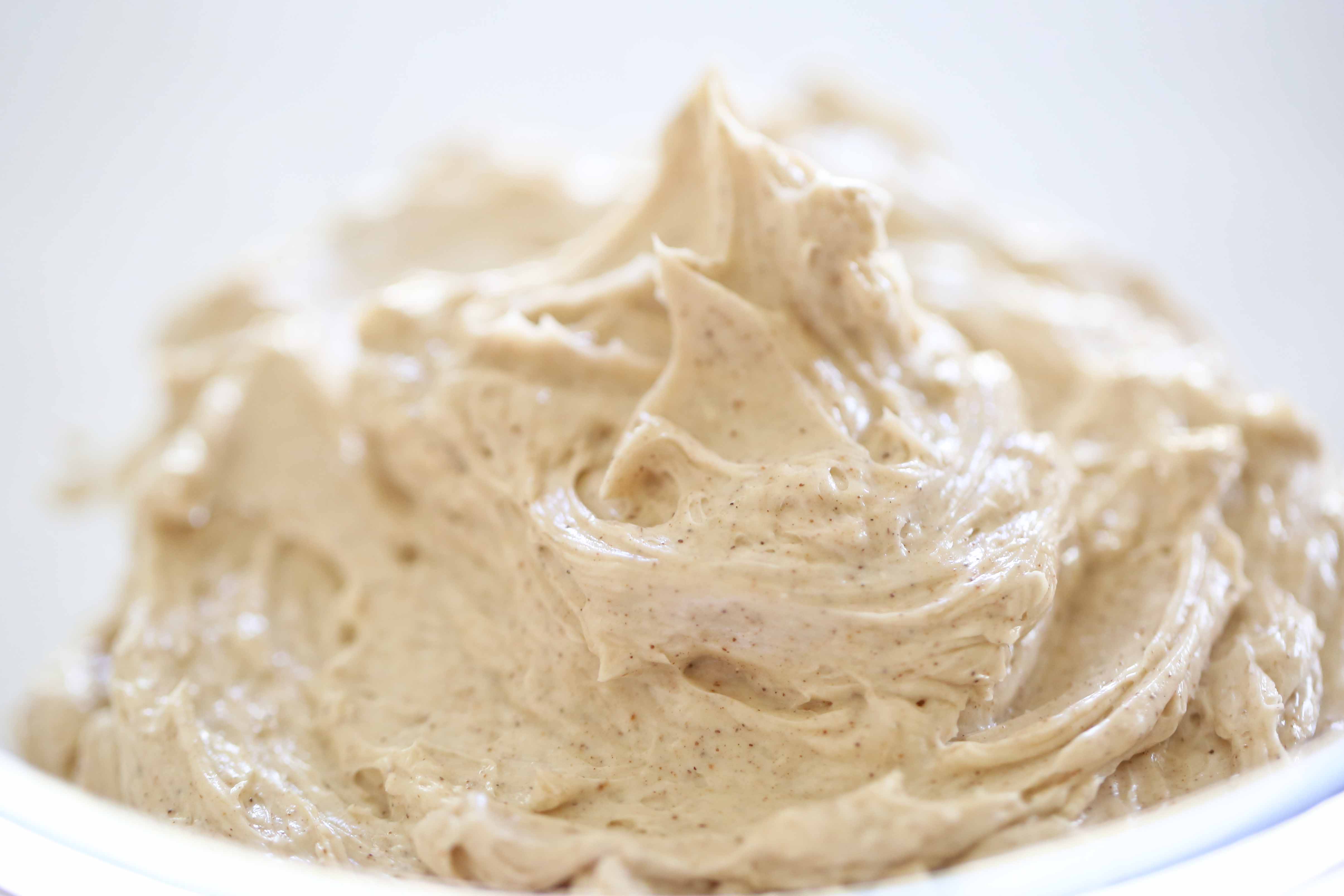 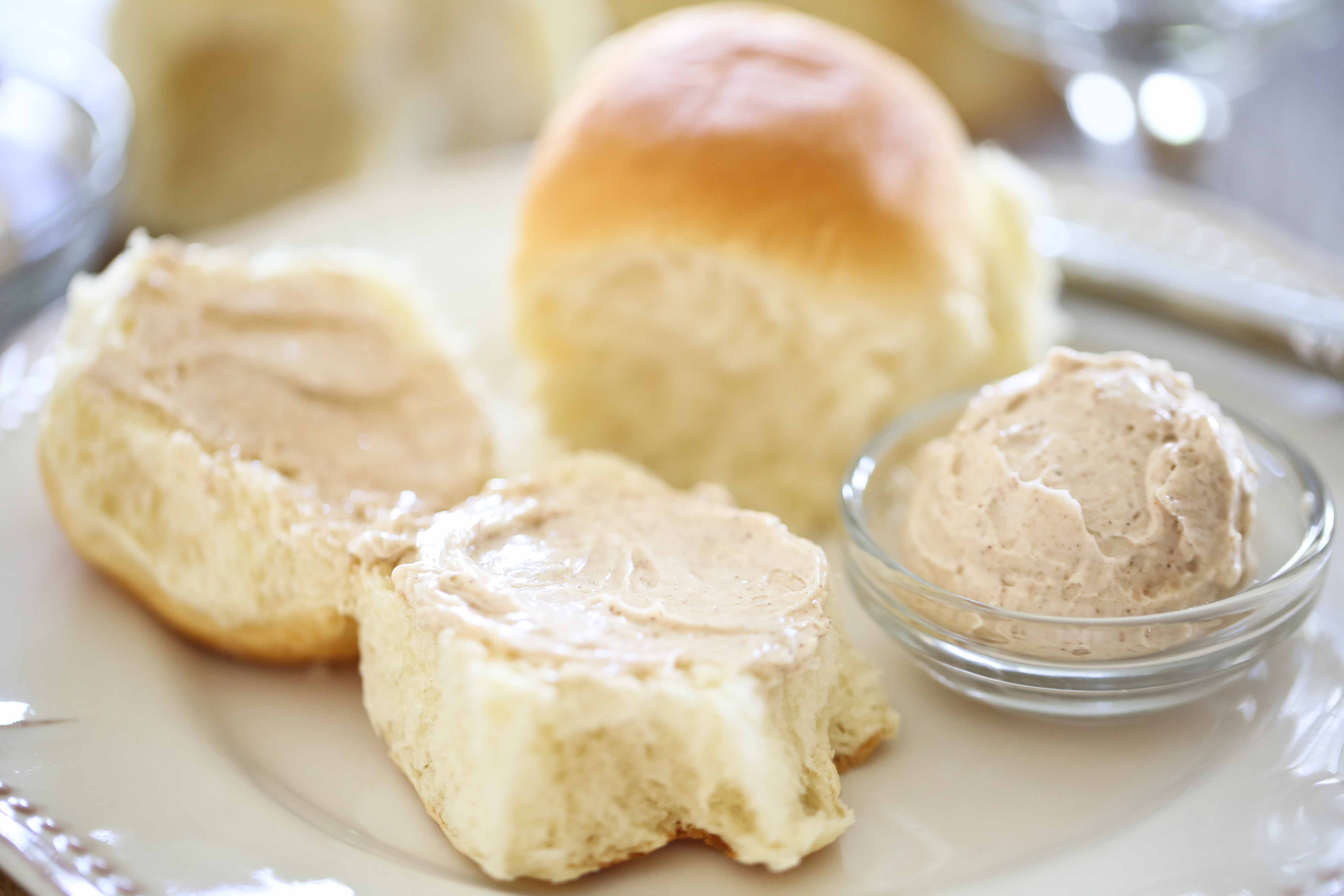 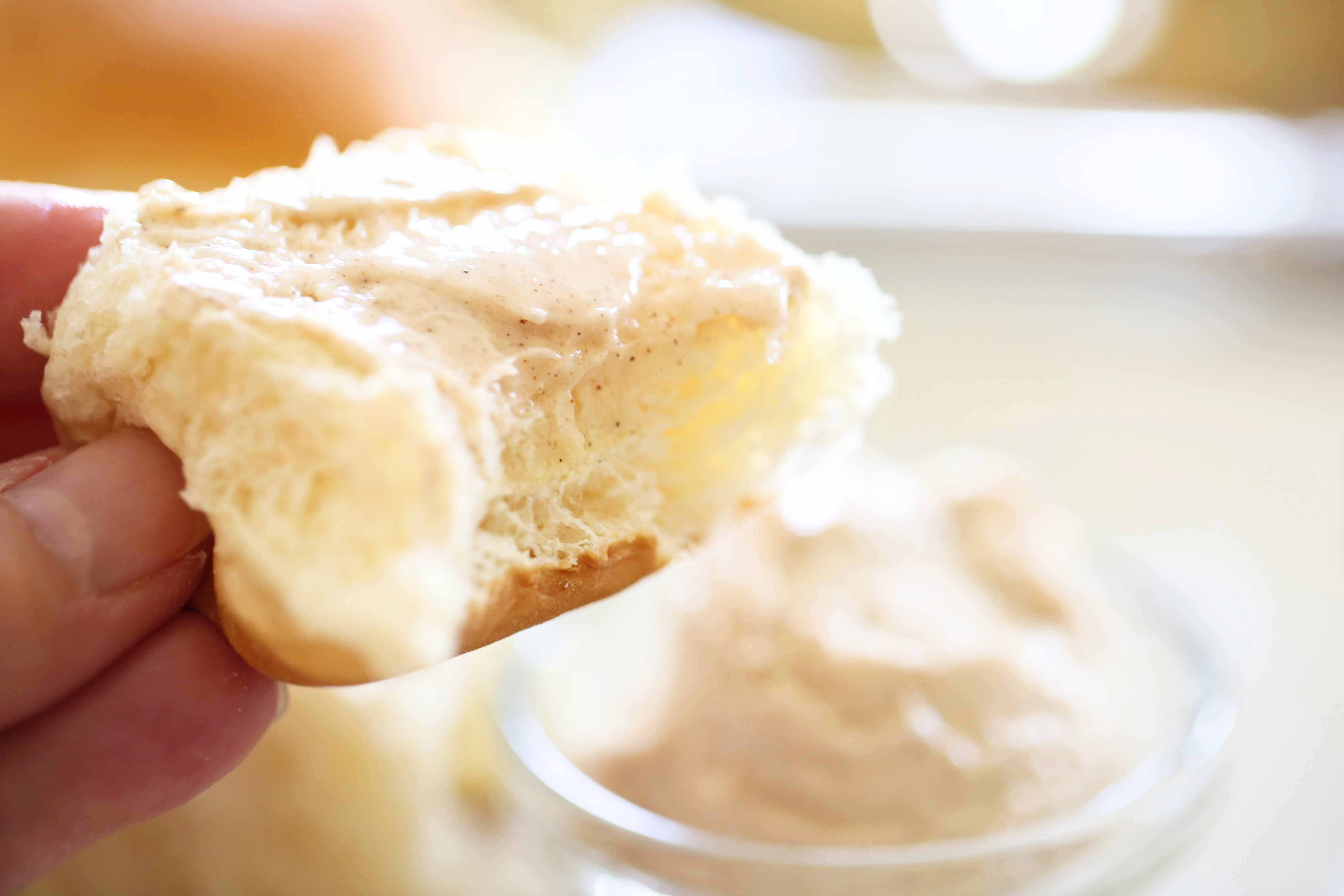 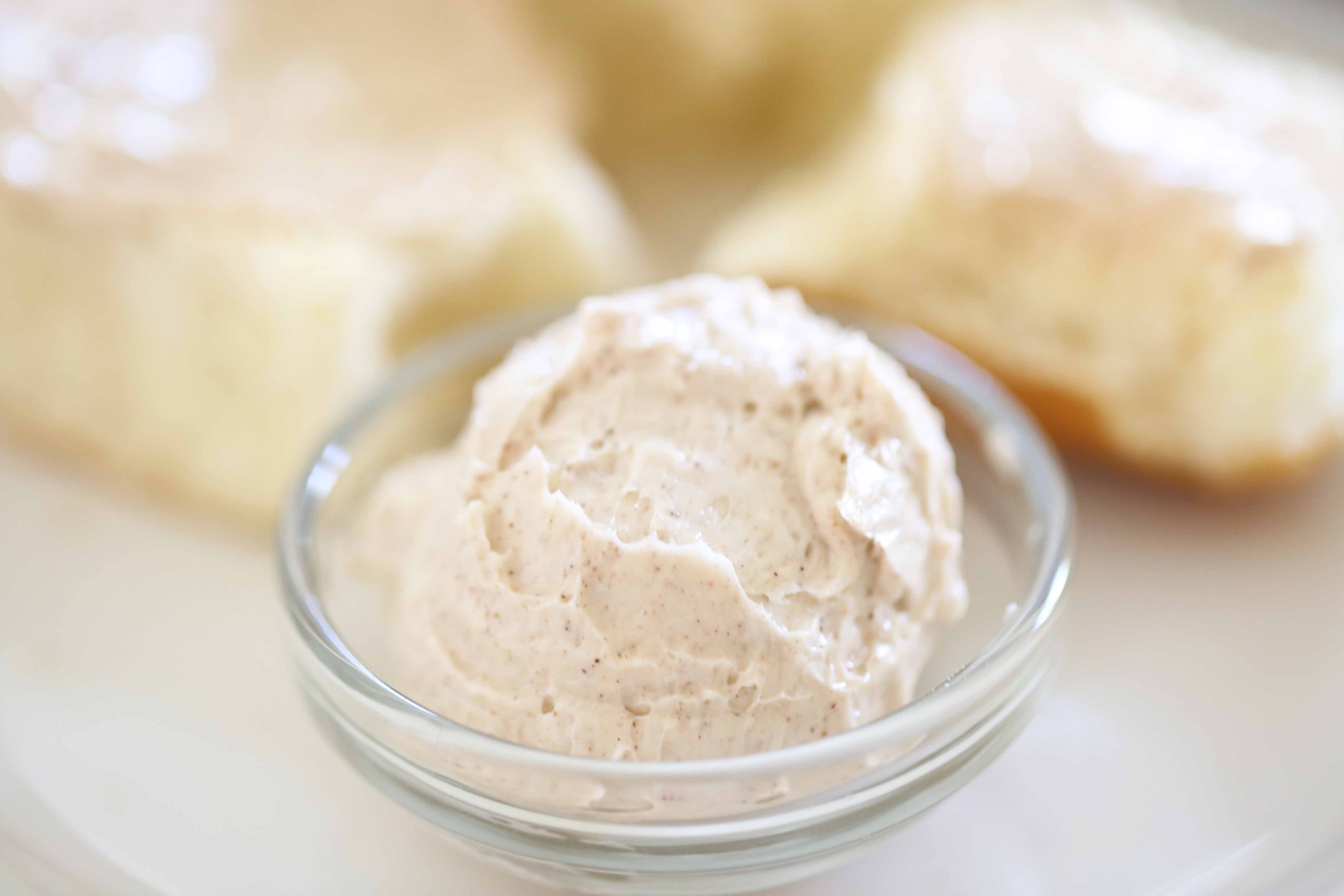 Leftovers should be stored in the refrigerator in a tightly covered dish.