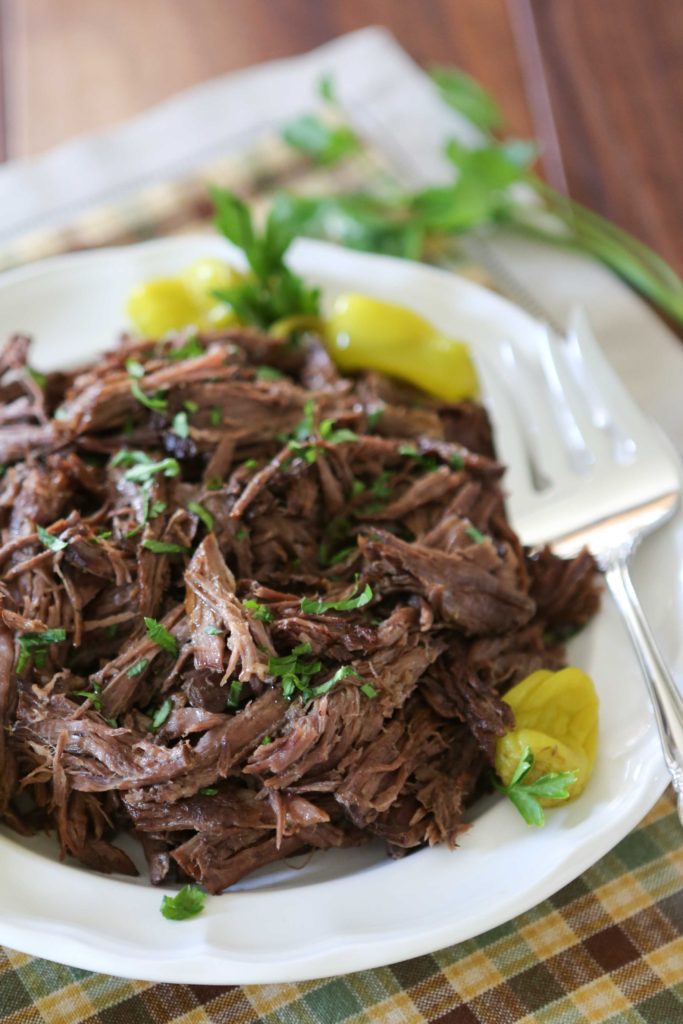 This Crockpot Mississippi Roast recipe is the darling of the internet.  It’s been pinned, posted, copied and shared more than any other, … or so I’ve been told.  I first heard about it when I read an article in the The New York Times. The article talked about how Robin Chapman, of Ripley, Mississippi, originally made it for her friend, who went on to submit it for a cookbook.  From the cookbook, another lady started making it for her family, and one of her nieces was the first to blog it.  It just snowballed from there. When I read about it, I was skeptical, and determined to try it for myself.

So, in January, I saved the recipe, and finally had the occasion to try it, this week. I have to say, it didn’t disappoint.  There’s a reason why it keeps making the rounds, and that’s because it’s (surprisingly to me) delicious. … I’m not a huge fan of slow cooker recipes, and this one didn’t even sound very appealing.  I know they’re convenient, but in my humble opinion, everything comes out of the crock pot tasting the same ~ like slow cooker food.

But this crockpot mississippi roast is in a different league.  I’m not quite sure what makes it special.  After all, it’s really simple to make, using only 5 ordinary ingredients (although 2 of those are packaged mixes).  Maybe it’s the pepperoncini peppers, … actually I’m fairly certain that’s what it is. The only thing I did to deviate from the original recipe was to add a thickening to the pan juices.  This made them into a gravy.

Anyway, my son-in-law, Michael said it’s the best roast he’s ever eaten, and I’m putting it on our family vacation menu!

So, it’s officially adding yet another post to it’s distinguished resume. Good for you, Crockpot Mississippi Roast! 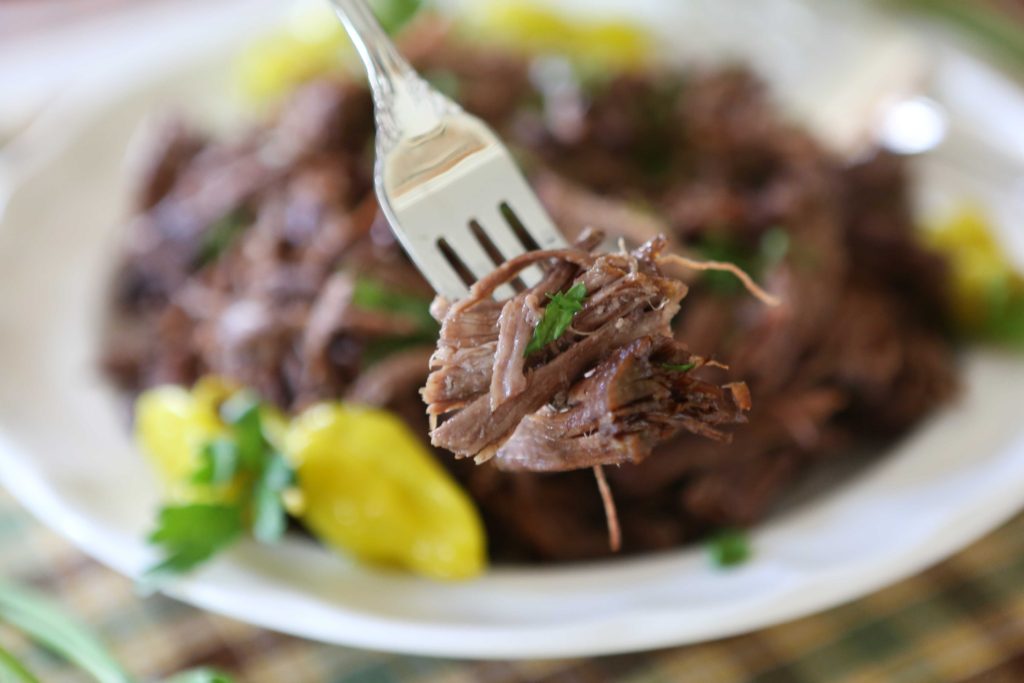 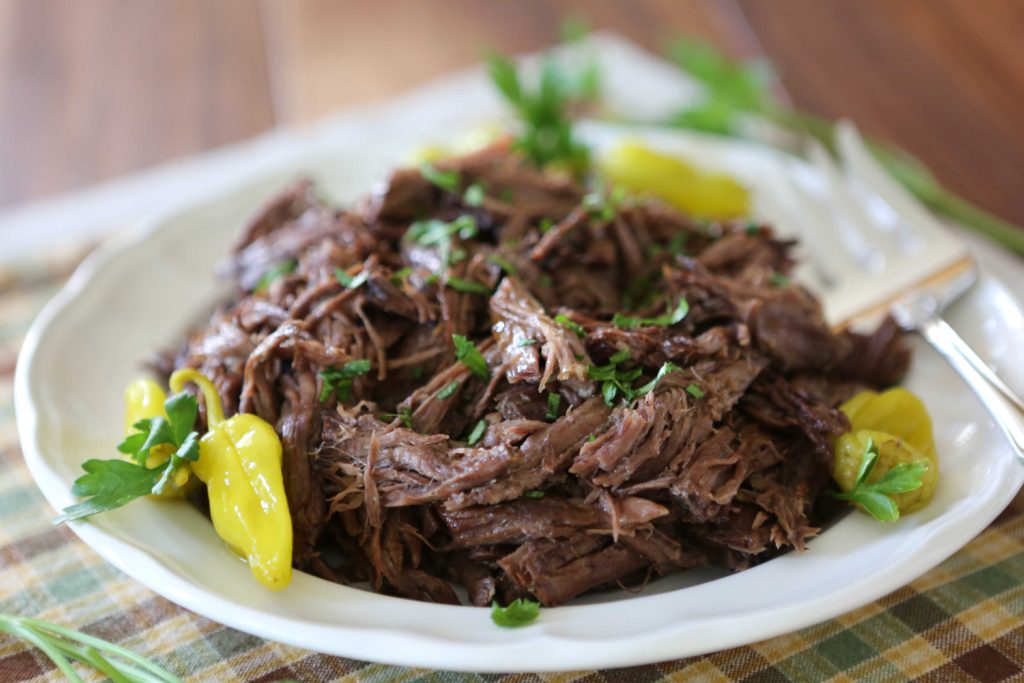 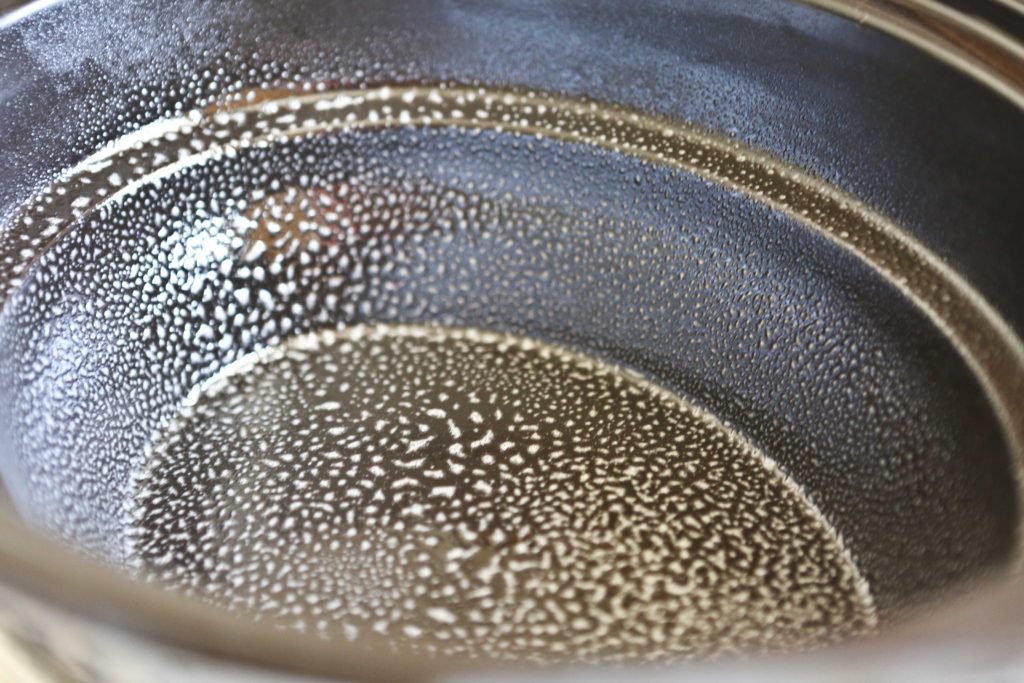 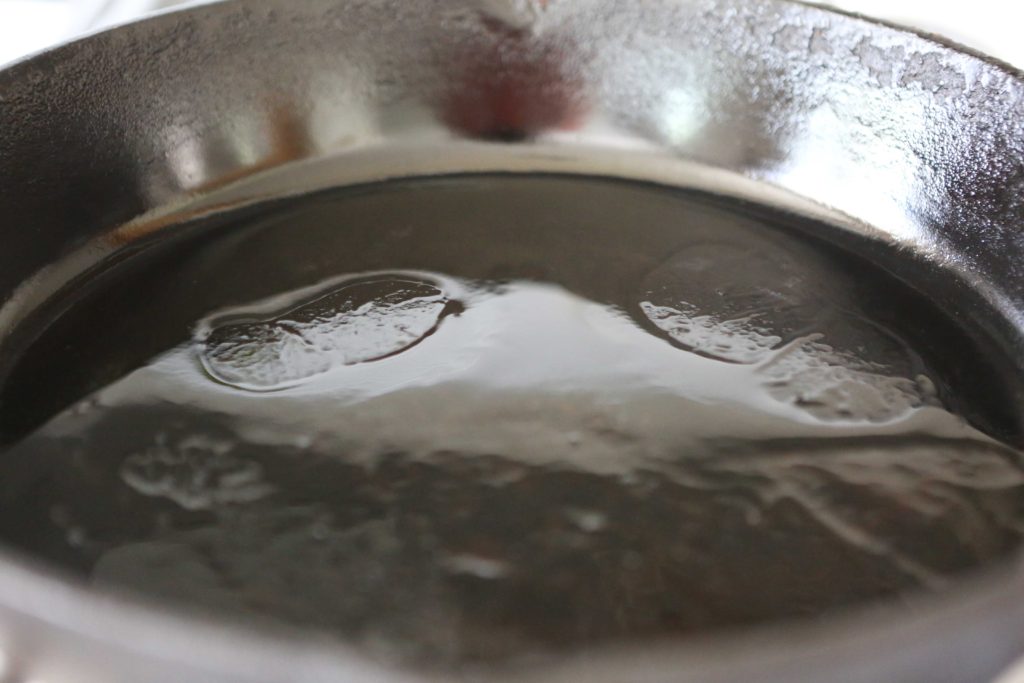 Heat 1 tablespoon of canola oil in a large skillet over medium-high heat.

Brown a 4 pound boneless chuck roast on all sides (about 4 minutes per side). 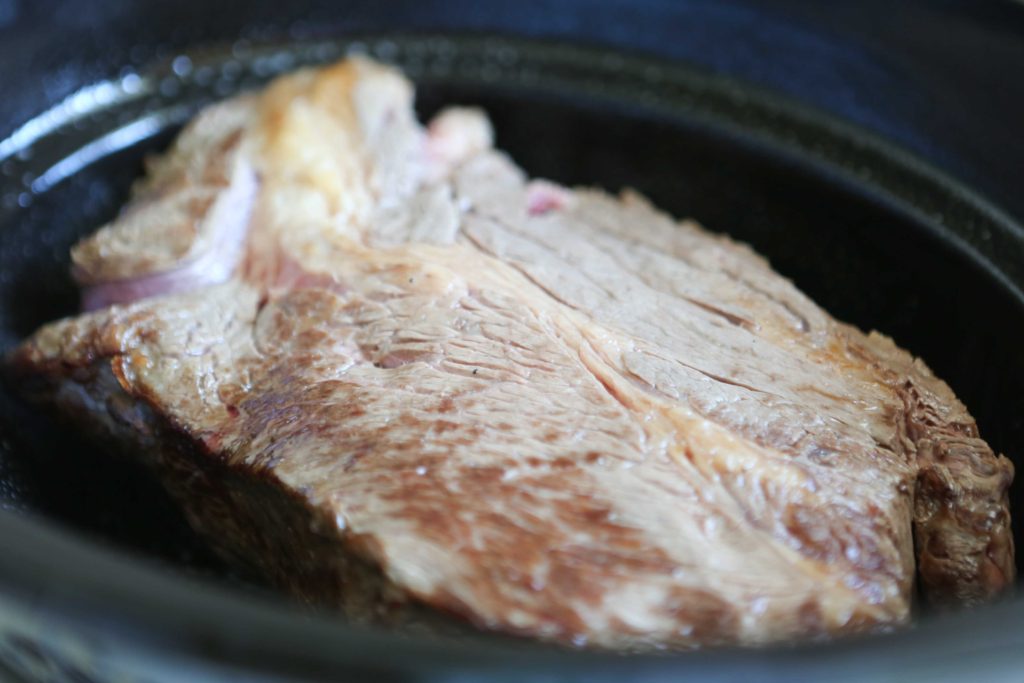 Transfer the roast to the prepared slow cooker. 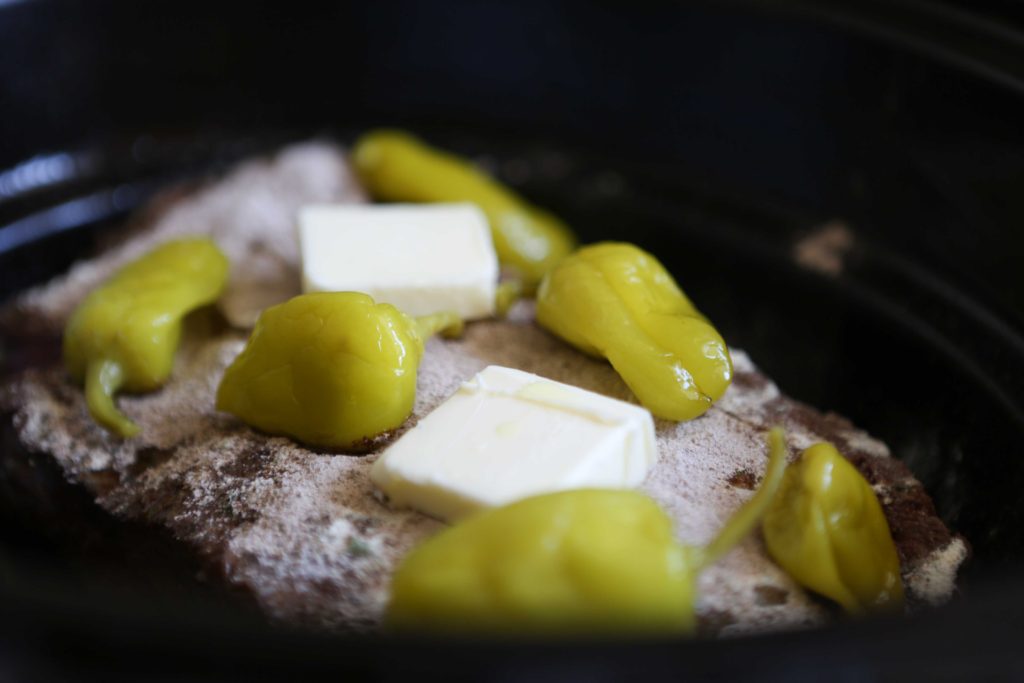 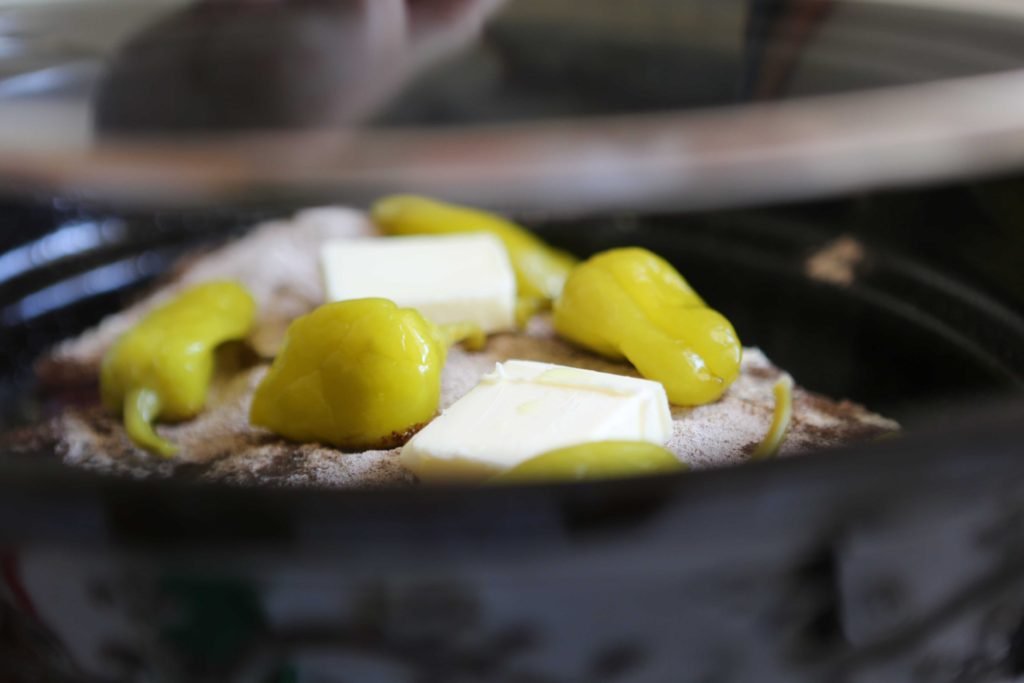 Cover with lid, set slow cooker to low, and cook for 8 hours. 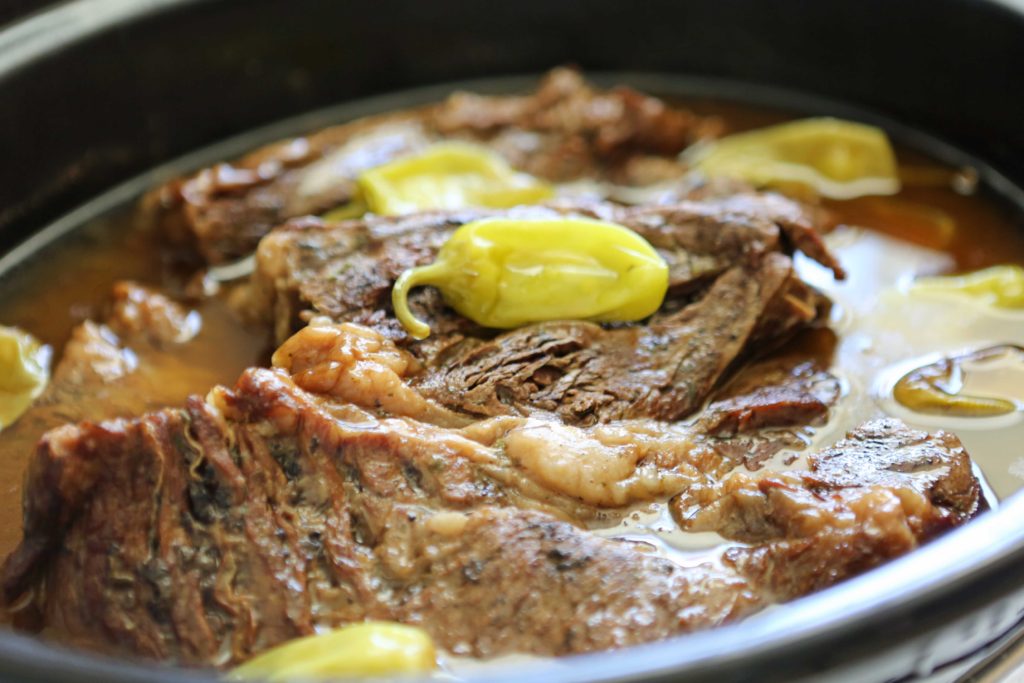 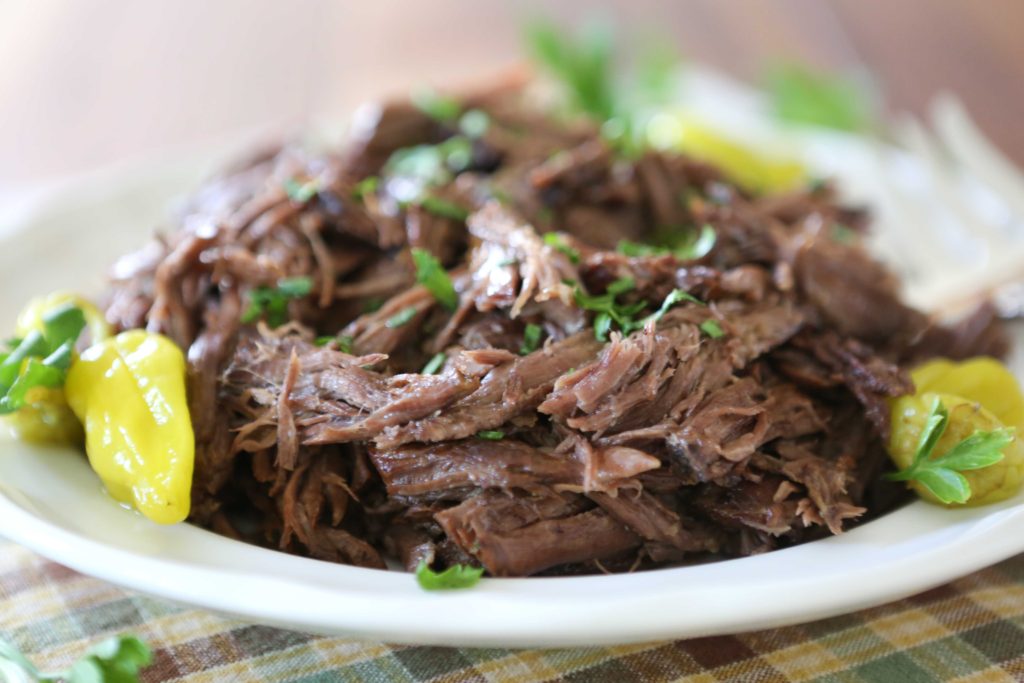 Then set aside and cover with foil while you make the gravy. 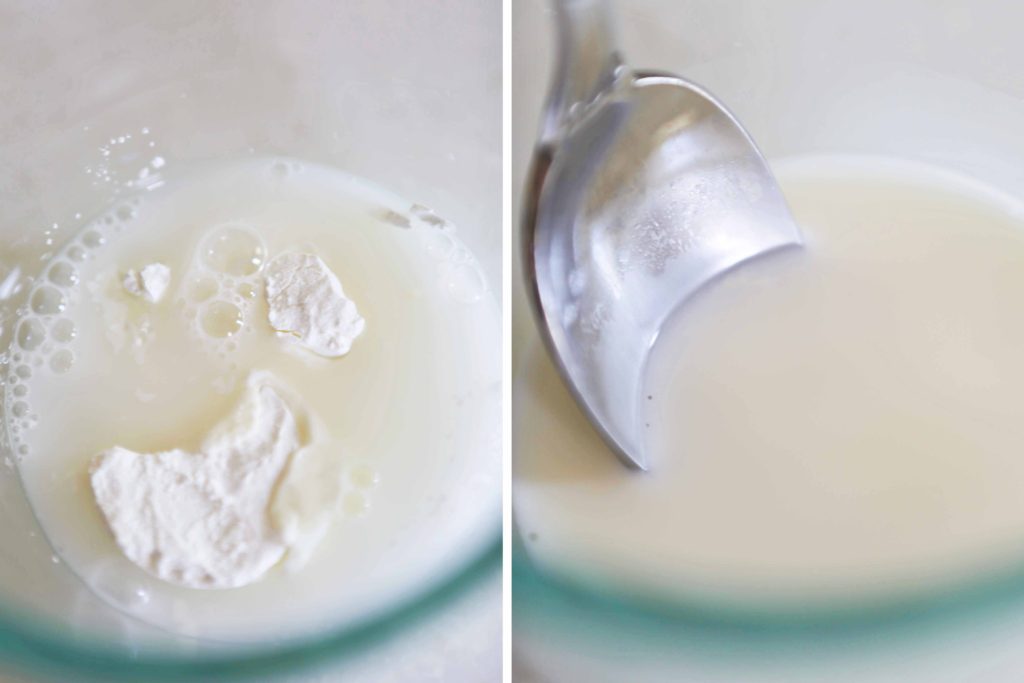 In a small bowl, stir together until all lumps are gone:
¼ cup flour
1 tablespoon cornstarch
½ cup cold water 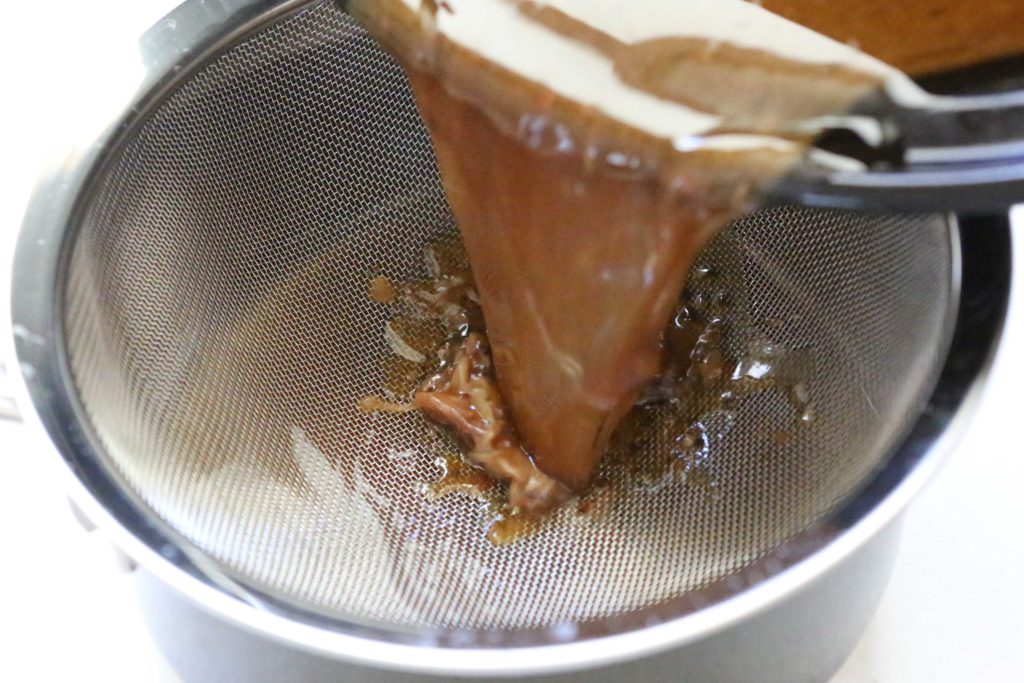 Pour the juices from the slow cooker through a strainer and into a 2 quart sauce pan. 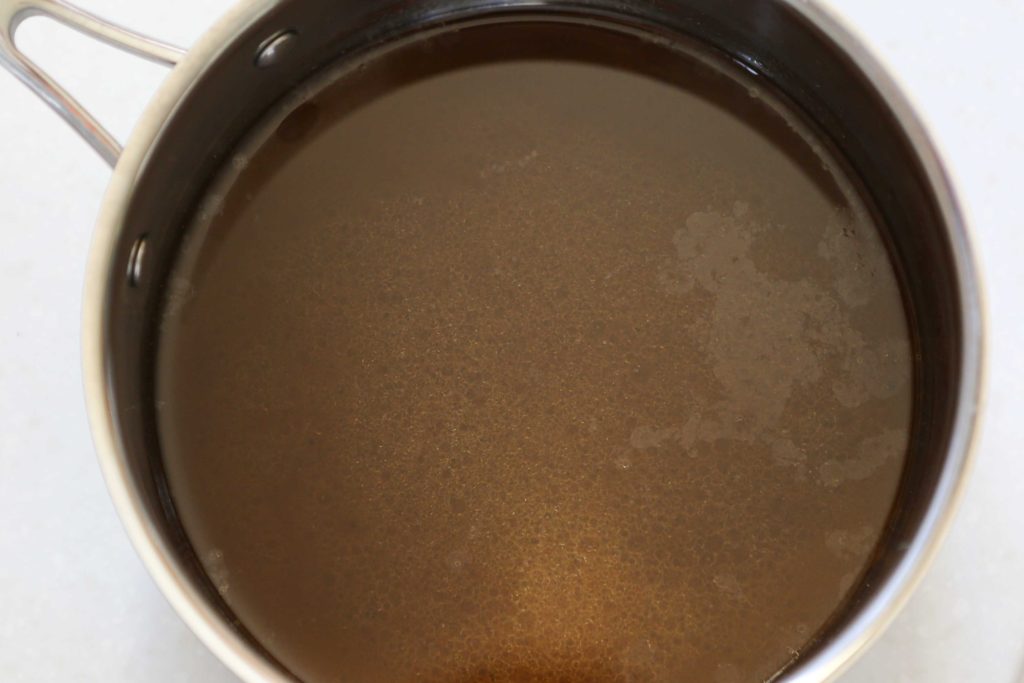 Skim the fat from the top, place on stove, and over medium-high heat, bring to a boil. 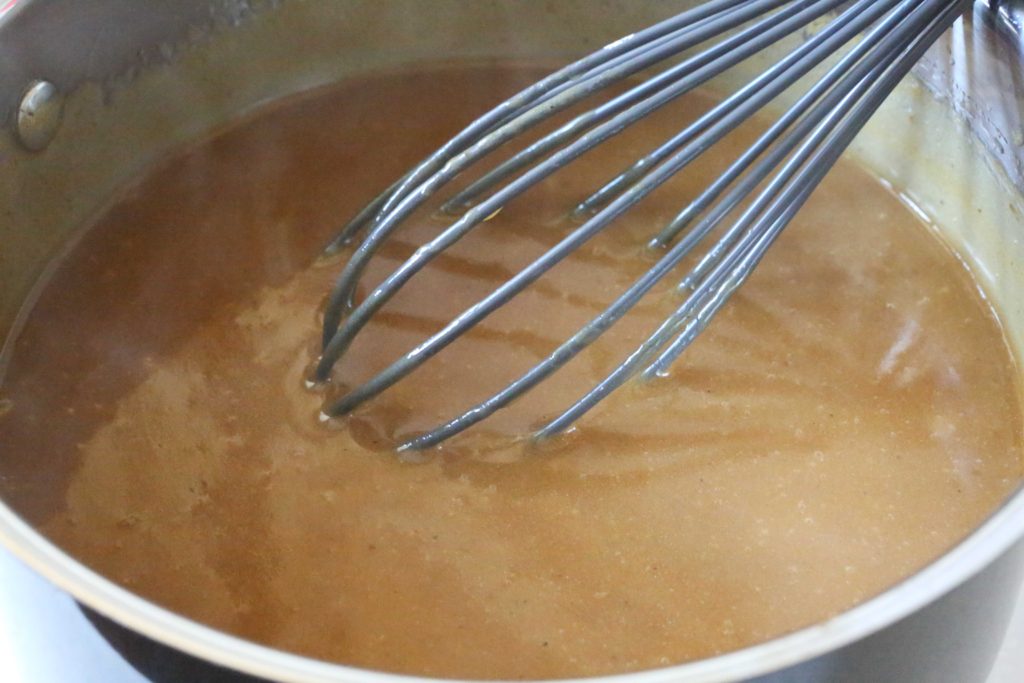 Bring to a boil, and continuing to whisk constantly, cook two minutes. If it’s too thick, add extra water until desired consistency. 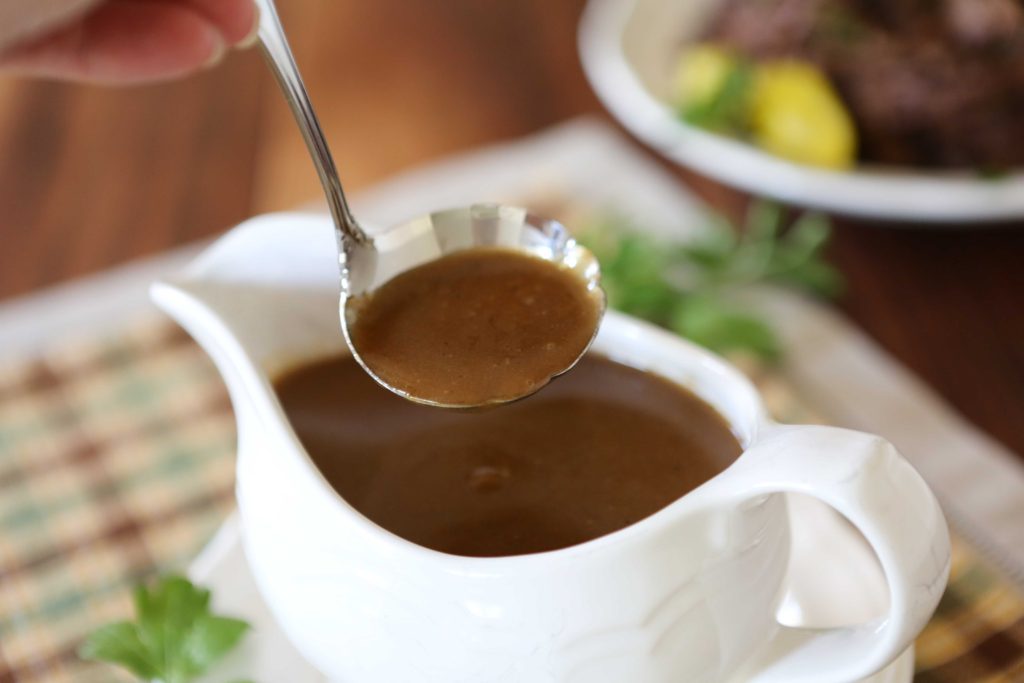 Serve immediately, with the roast. 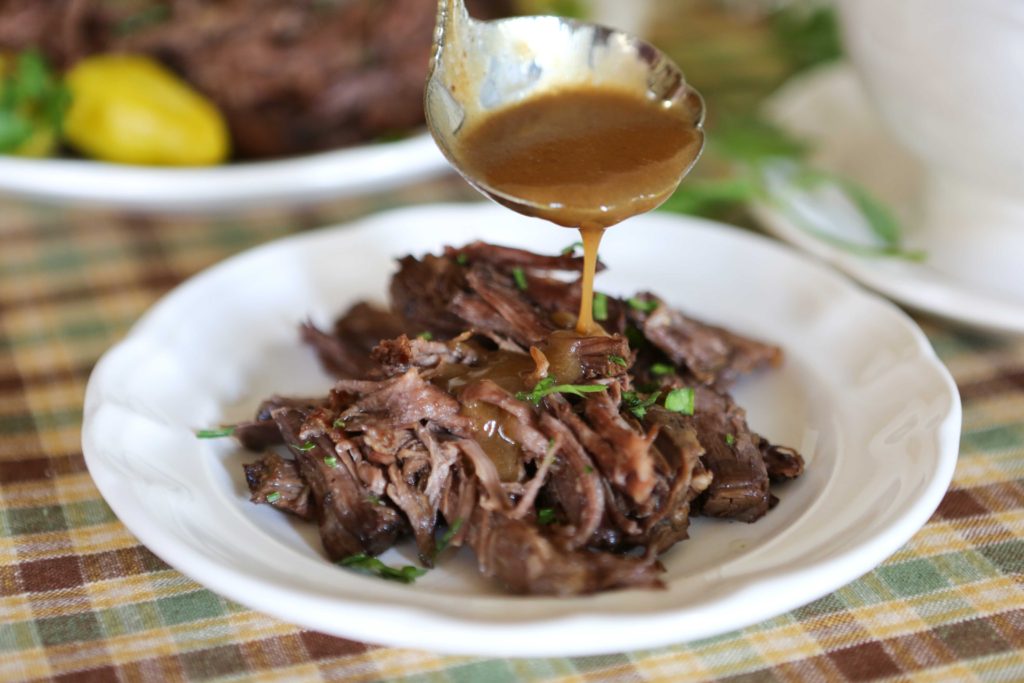 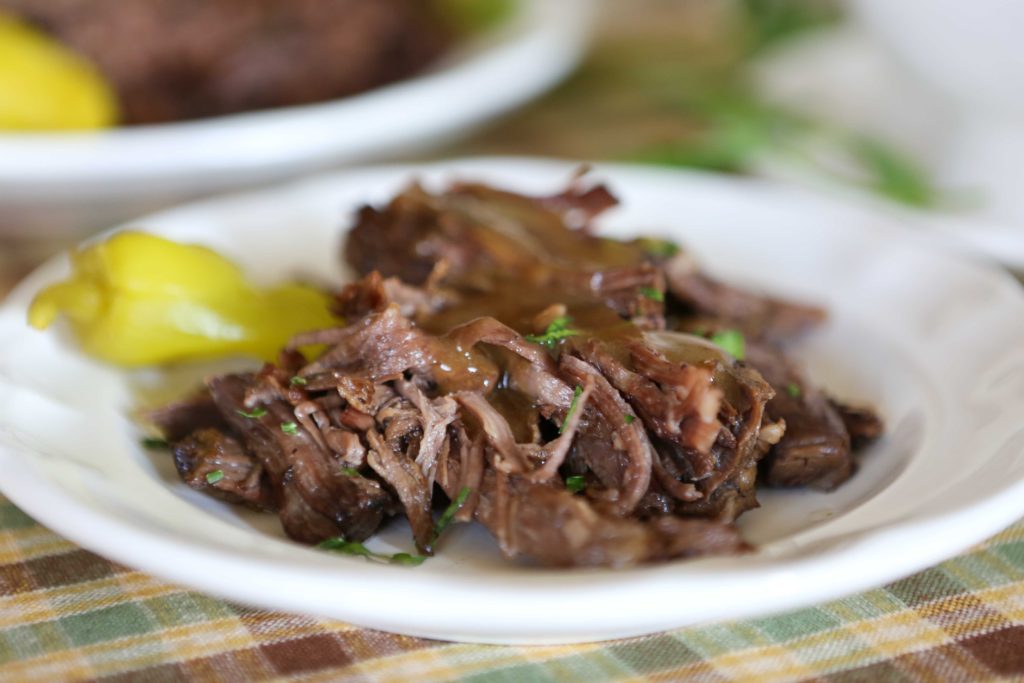