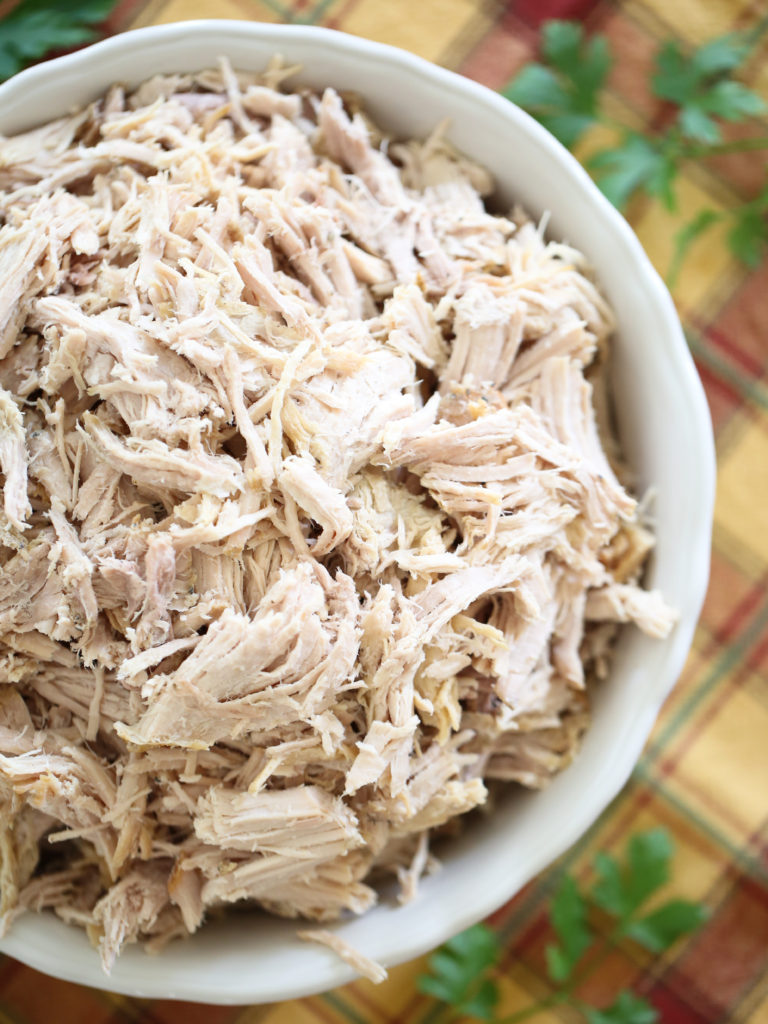 I’ve seen dozens of recipes for preparing pulled pork in a slow cooker with a sauce.  That’s definitely the simplest way to go, but I don’t think it’s the tastiest option.  When meat is prepared that way, it absorbs so much sauce, that the flavor of the meat is completely overpowered.  Also, I don’t like the texture.  It’s blah boiled meat.

Here’s another way to go.  It takes a little more effort, but I think the results are worth it.  You can roast and shred the meat ahead of time, and put it in the freezer.  When you’re ready to serve it, thaw it and throw it in the slow cooker with your desired sauce for an hour or two. It will taste like yummy pork in sauce instead of like sauce with a stringy meat texture.  There’s a big difference! 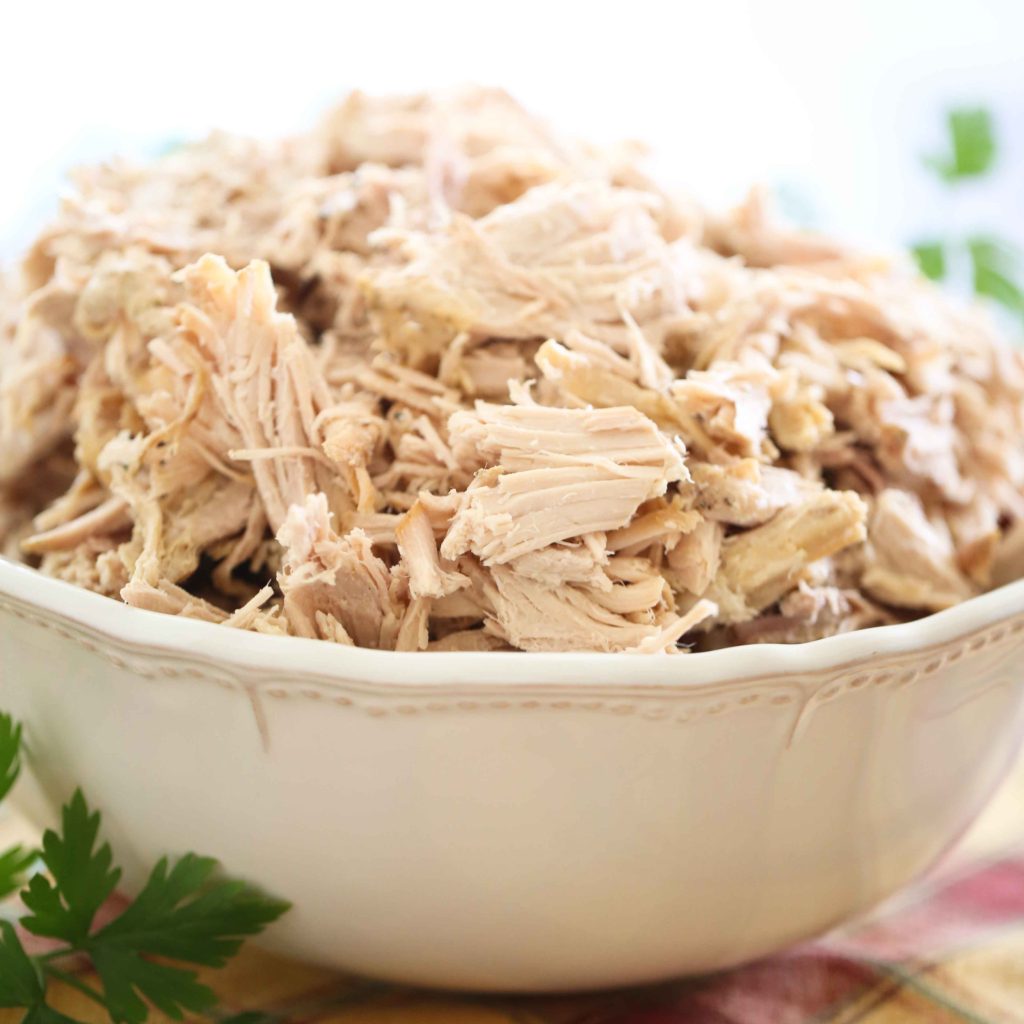 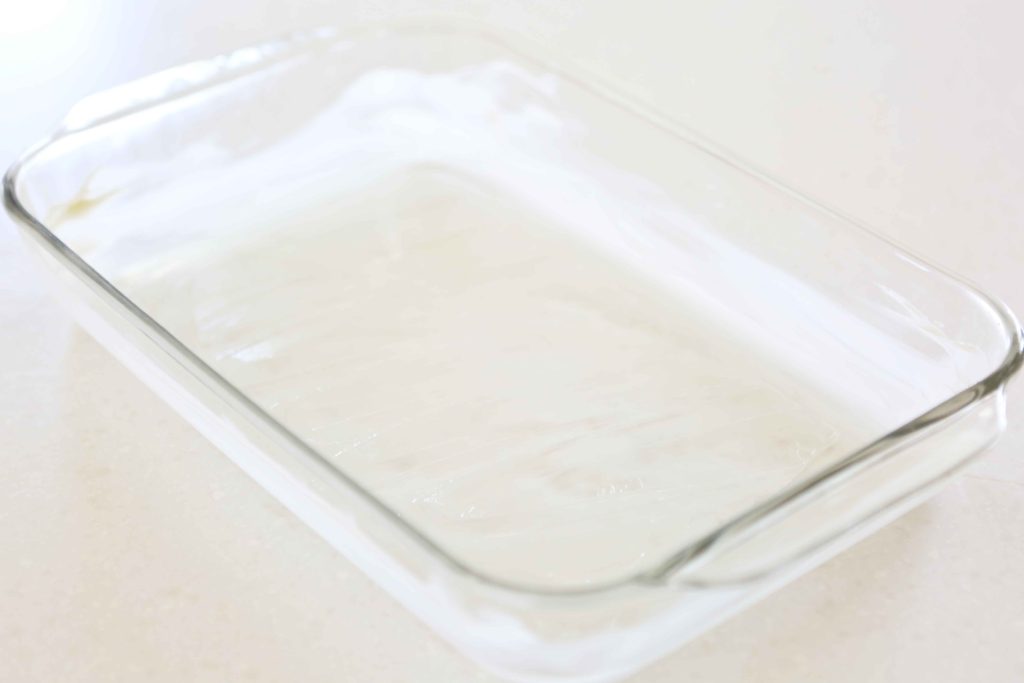 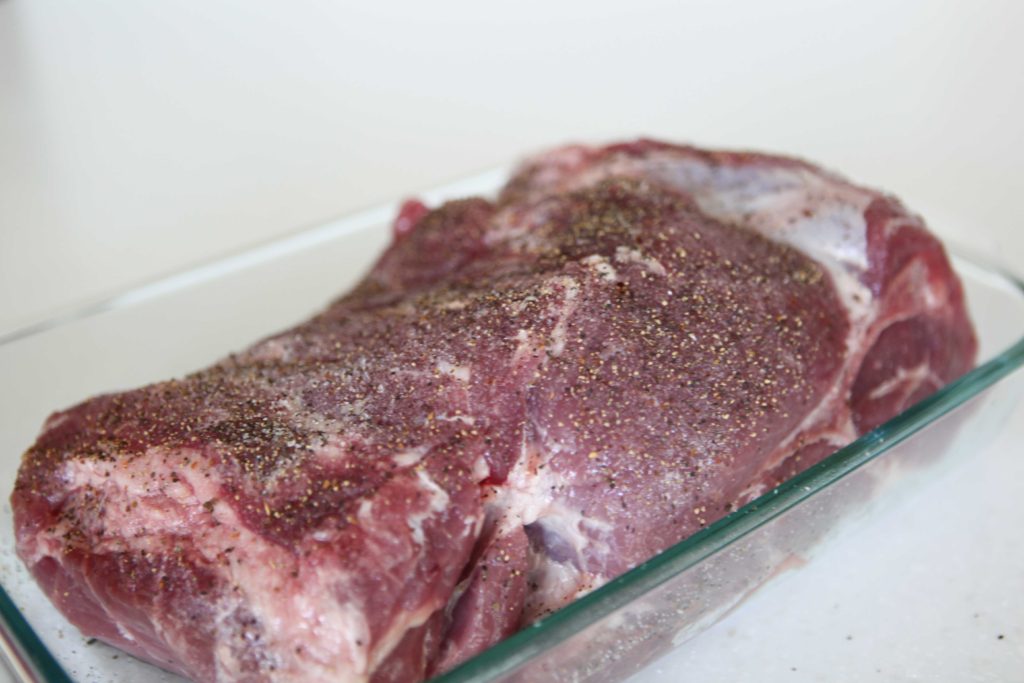 For best results, let your meat come to room temperature before you cook it.  You can use a pork butt or a pork shoulder roast. This is a 7.5 pound pork butt roast with the bone in.  It fits perfectly in a 13 x 9 inch pan. 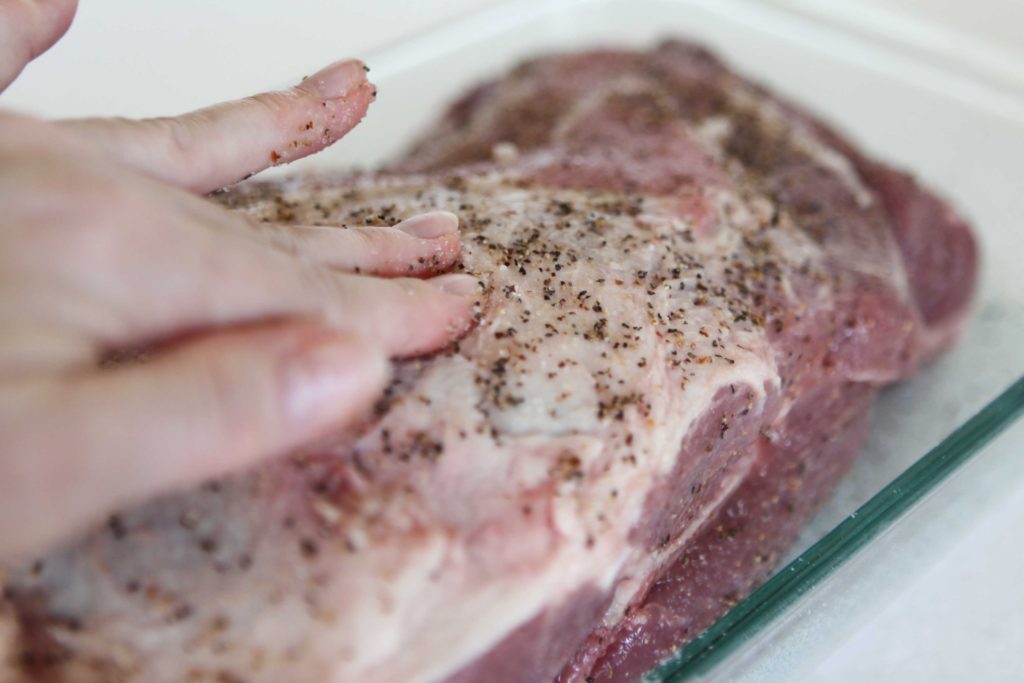 Rub the seasonings into the meat, and make sure that the fatty side is up. 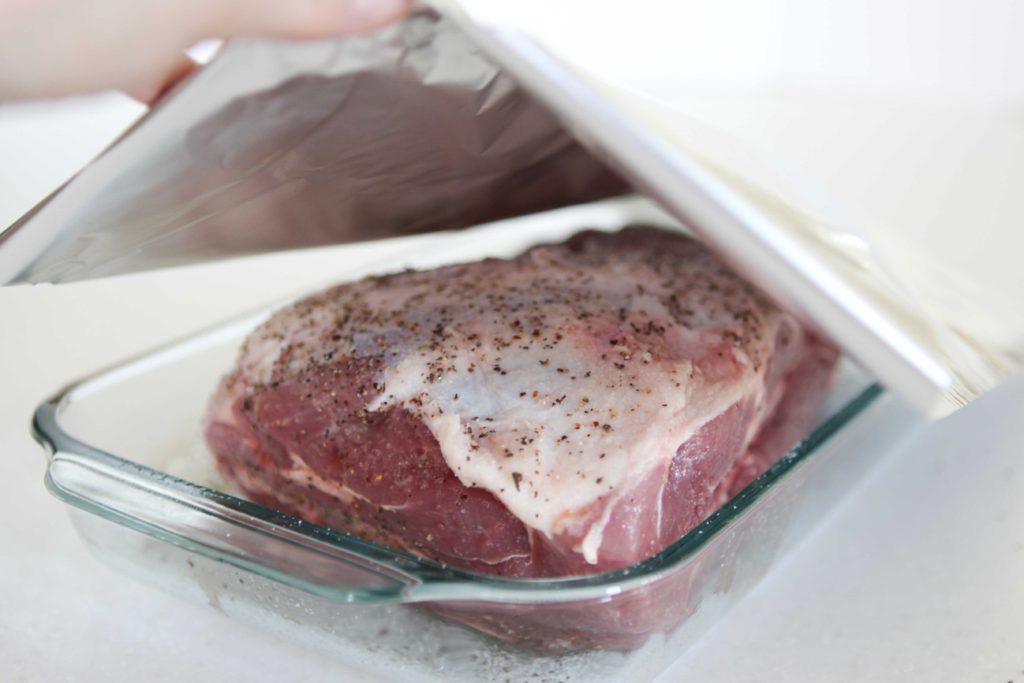 Cover tightly with foil, and bake at 375 degrees for 2 and a half to 3 hours. Remove from oven, and let rest (COVERED) for another hour. 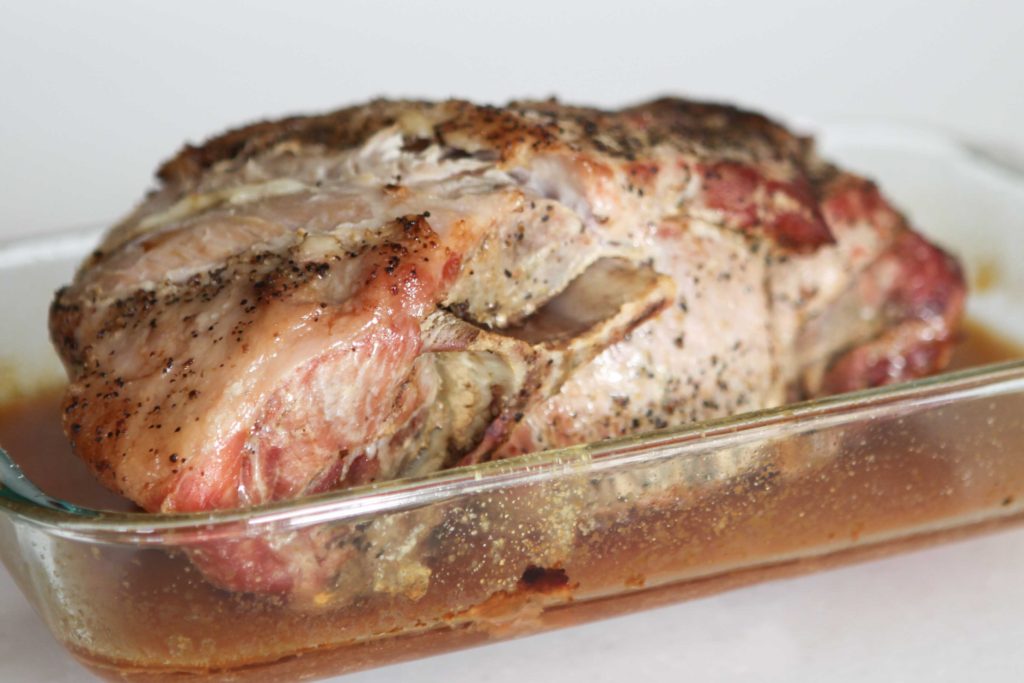 When it’s cool enough to handle, use your fingers to shred it, separating the meat from the fat and bones. 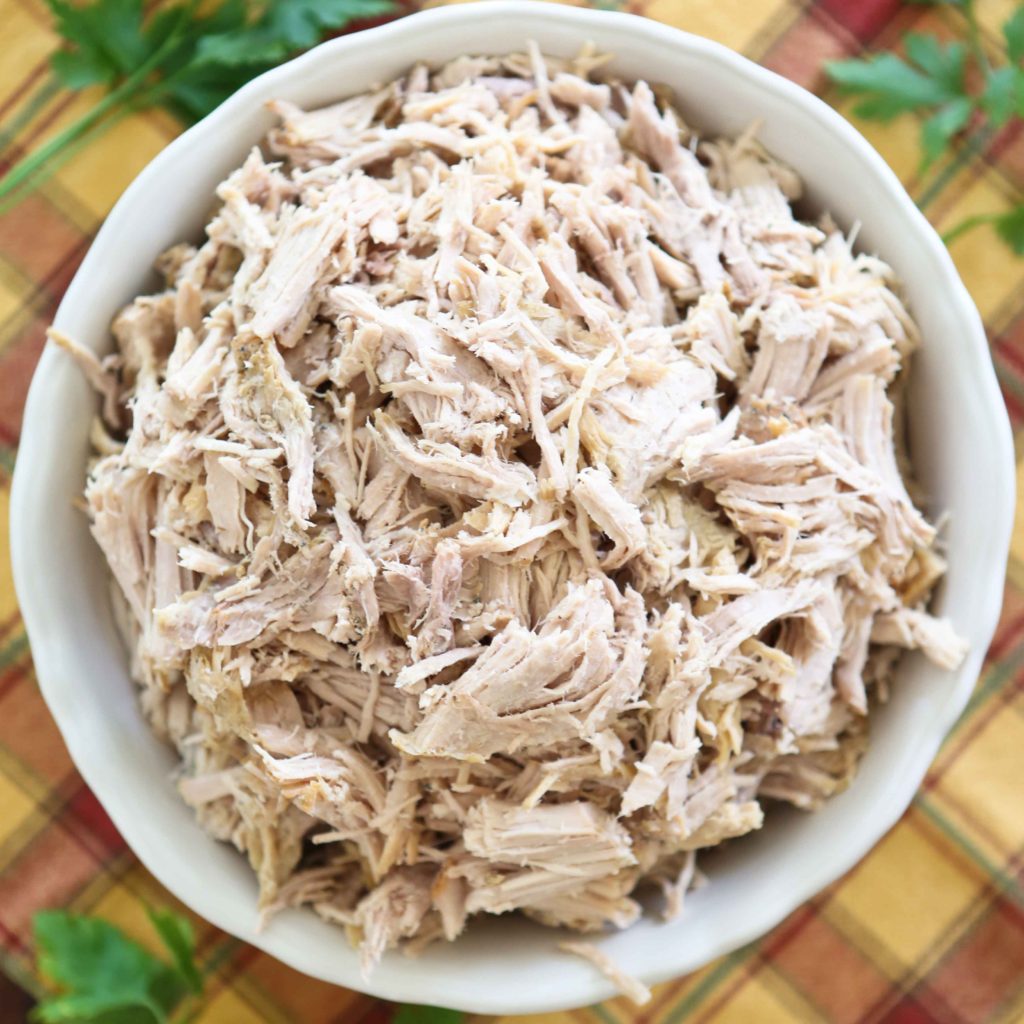 At this point the meat is ready to be frozen for later, or served, mixed with your choice of sauce.

To serve, put it in a slow cooker, with a sauce, and let it heat on low for about 2 hours.