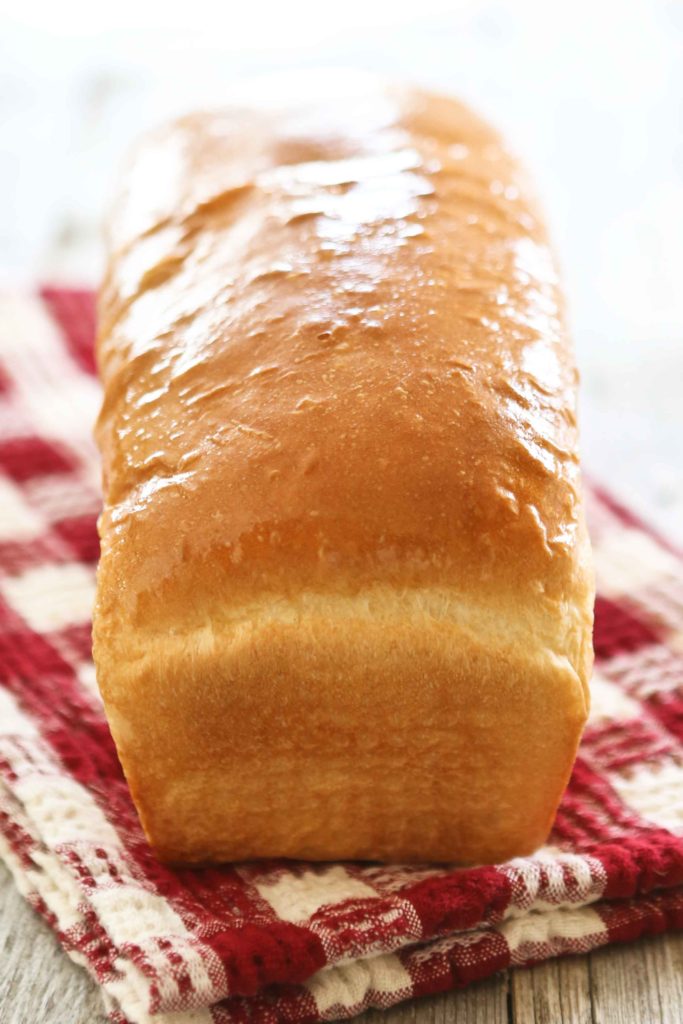 I think that homemade bread has magical powers!  Baking it makes me feel like a superhero; like, somehow I’m a better person than I was before.  The smell of baking bread makes my home feel like a warm, safe, hospitable place.  It makes my family happy, and they behave just a little better.  Eating it makes everyone smile, and they seem to be a little kinder and more patient with each other.  Sharing it with others makes them grateful, and they treat me like I’ve just performed a heroic act.  Yep, magical powers! … 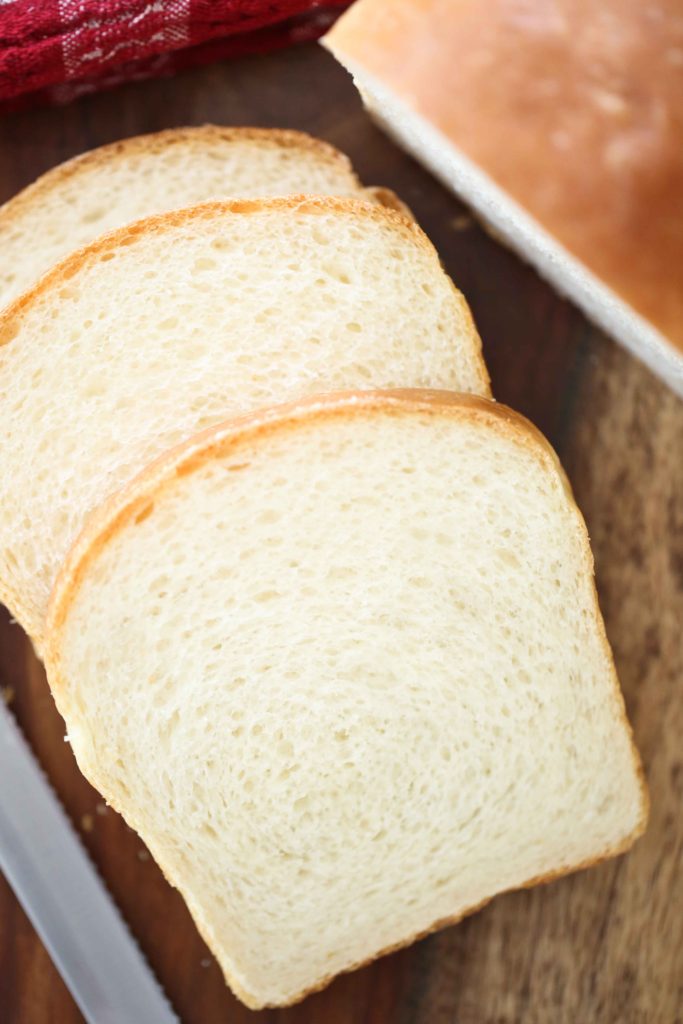 … Plus, it’s fairly simple and inexpensive to make.  It takes time, but it’s not difficult.  Here’s the step by step process to bring the magic into your home.  It’s worth it. 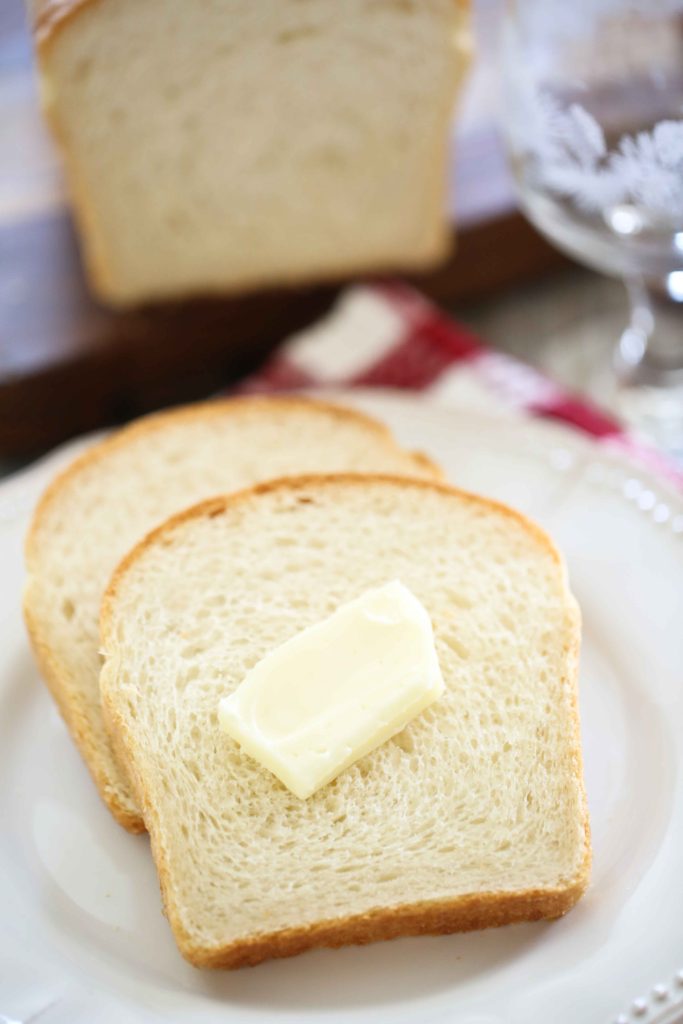 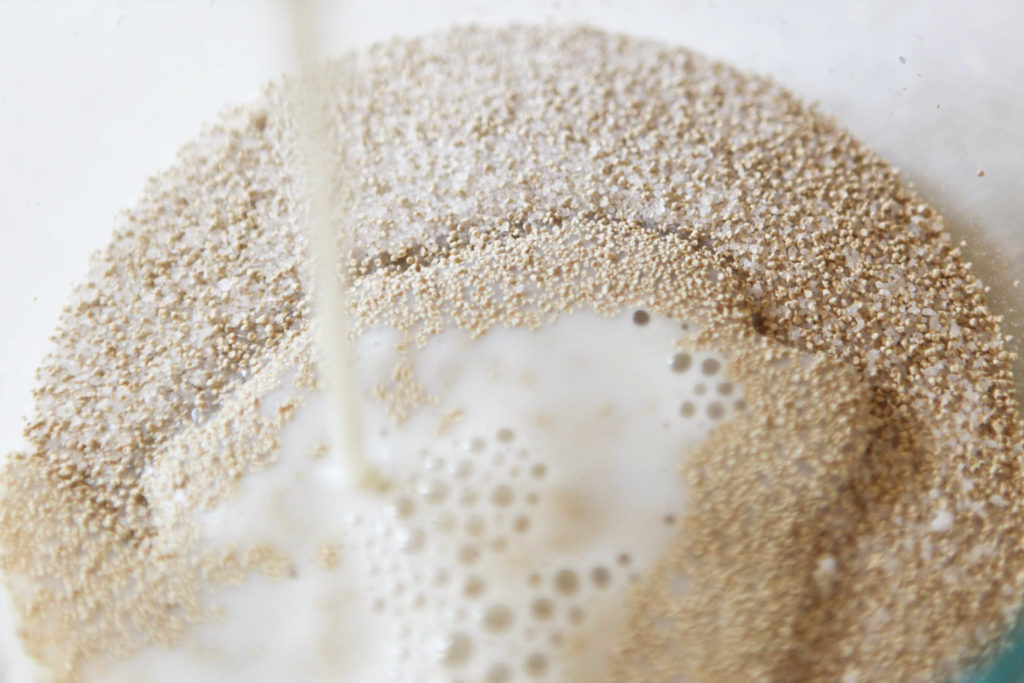 Stir until combined, and then let it rest until bubbly. This takes about 10 minutes. 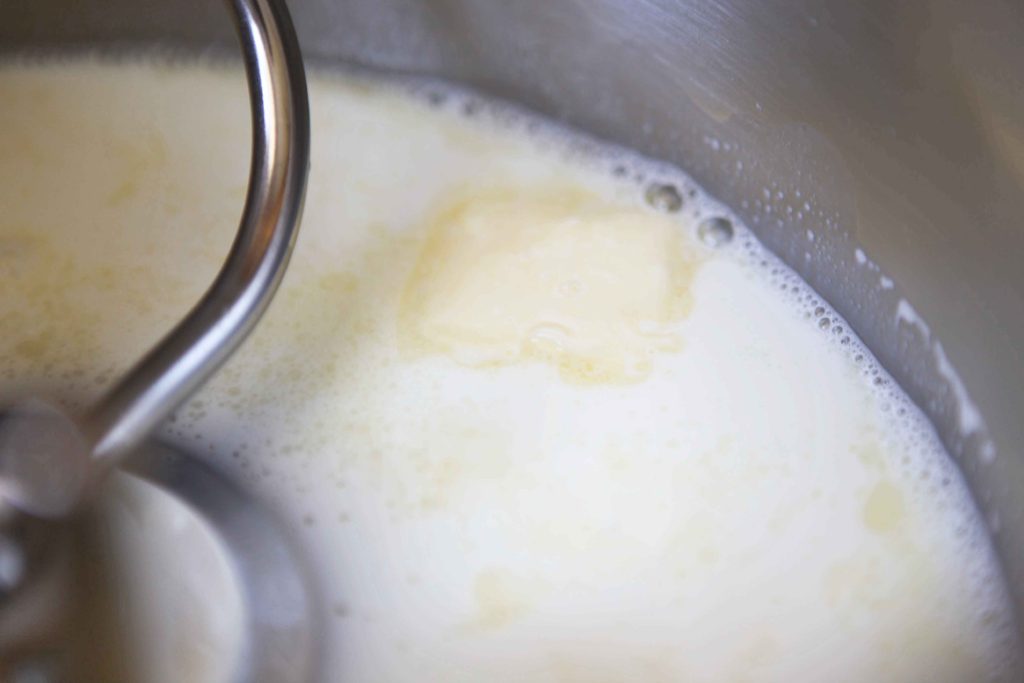 While the yeast is proofing, combine in the bowl of a stand mixer
remaining milk (1 ¾ cups)
1 tablespoon butter
… or if you’re going to knead by hand, combine in a large mixing bowl.

Make sure that the milk has cooled, and add
5-6 cups flour
yeast mixture
Stir until incorporated 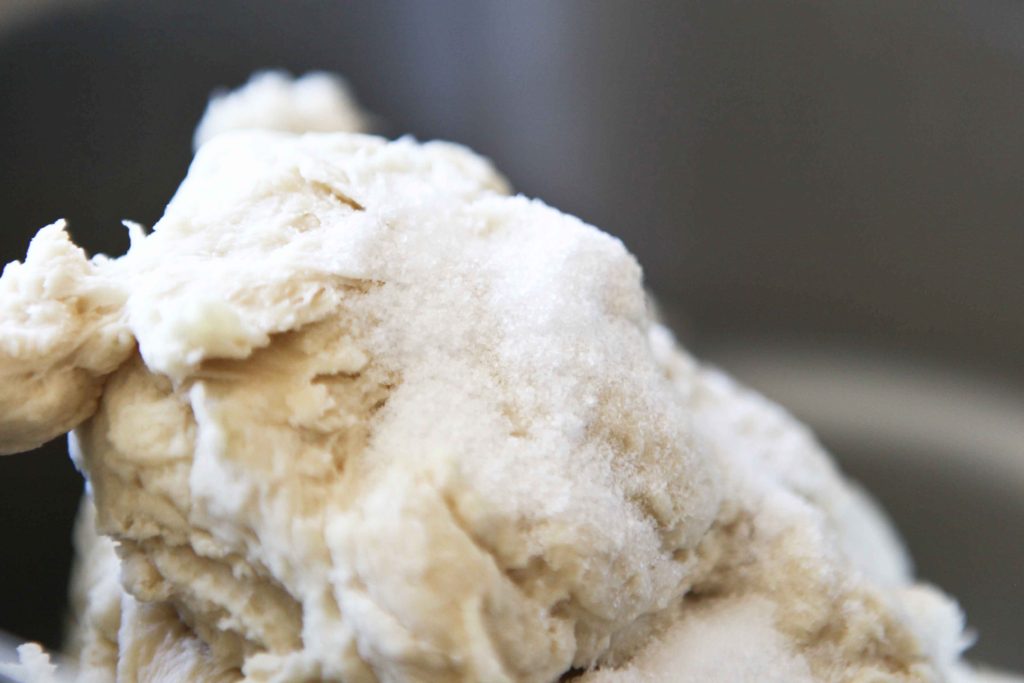 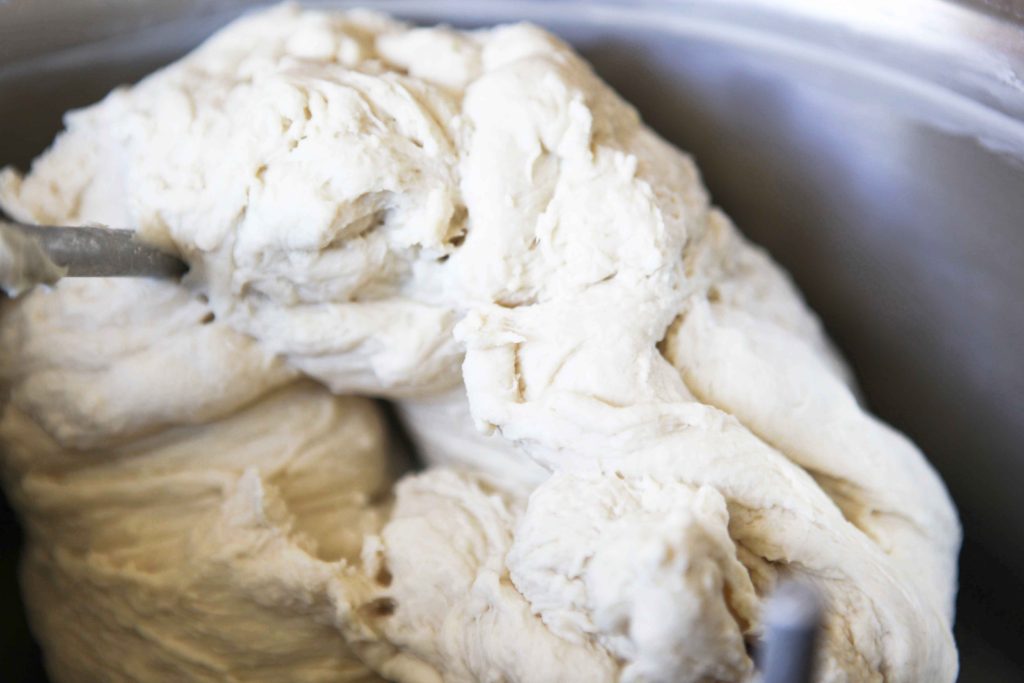 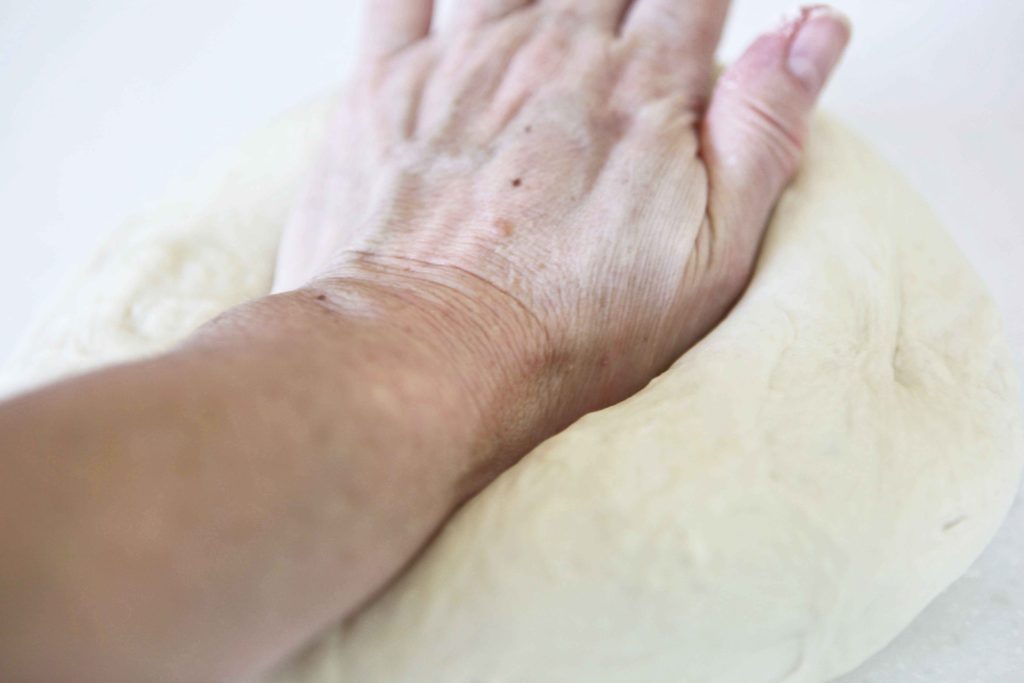 Transfer to a clean surface, and knead a few times with the heal of your hand. 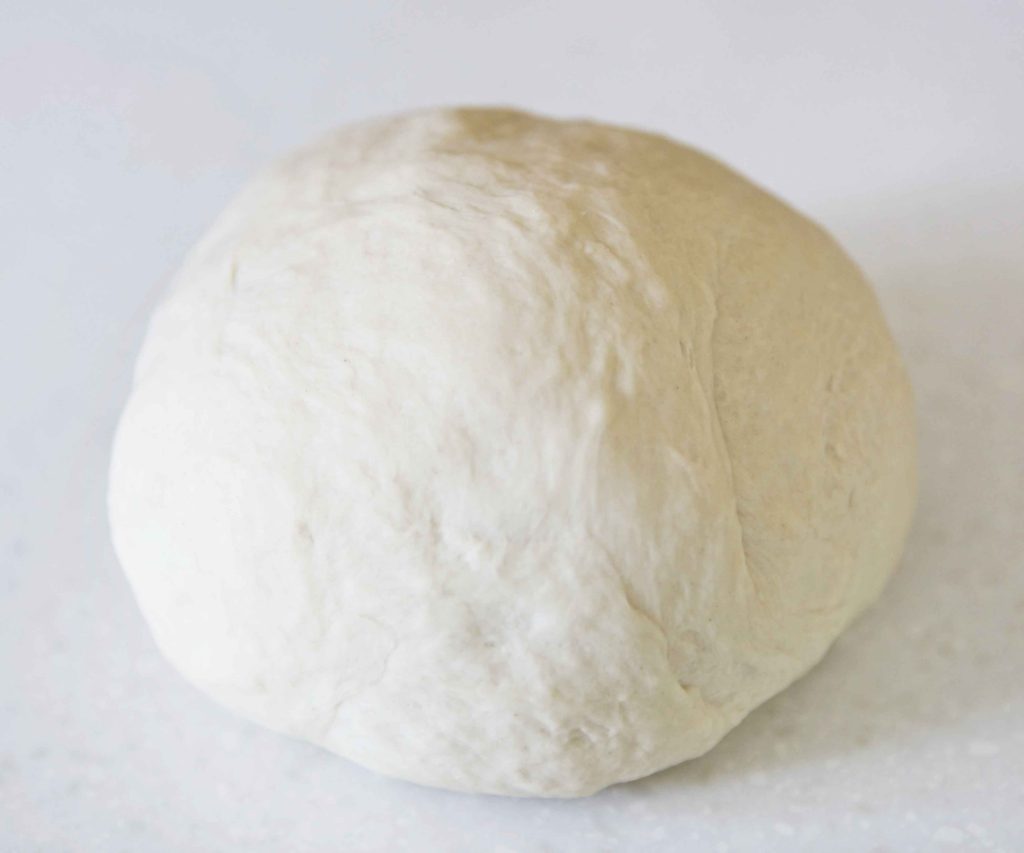 Form into a ball. 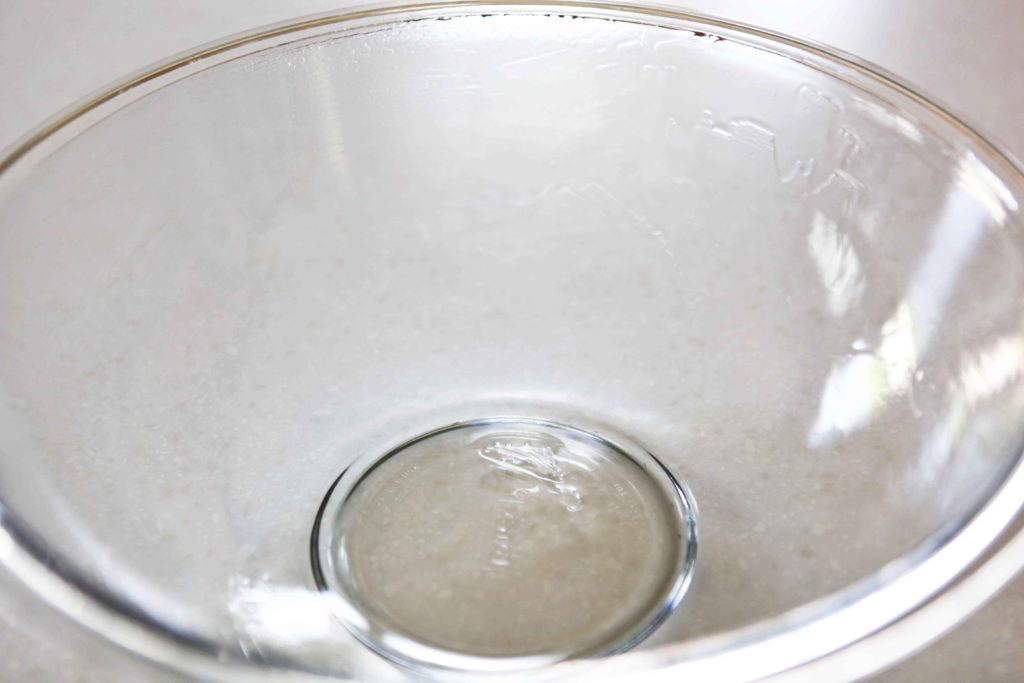 Grease a large mixing bowl with about
½ teaspoon oil
~ OR ~
Coat with non-stick spray.

Place the dough ball into the bowl, and turn over to coat the entire surface with oil. 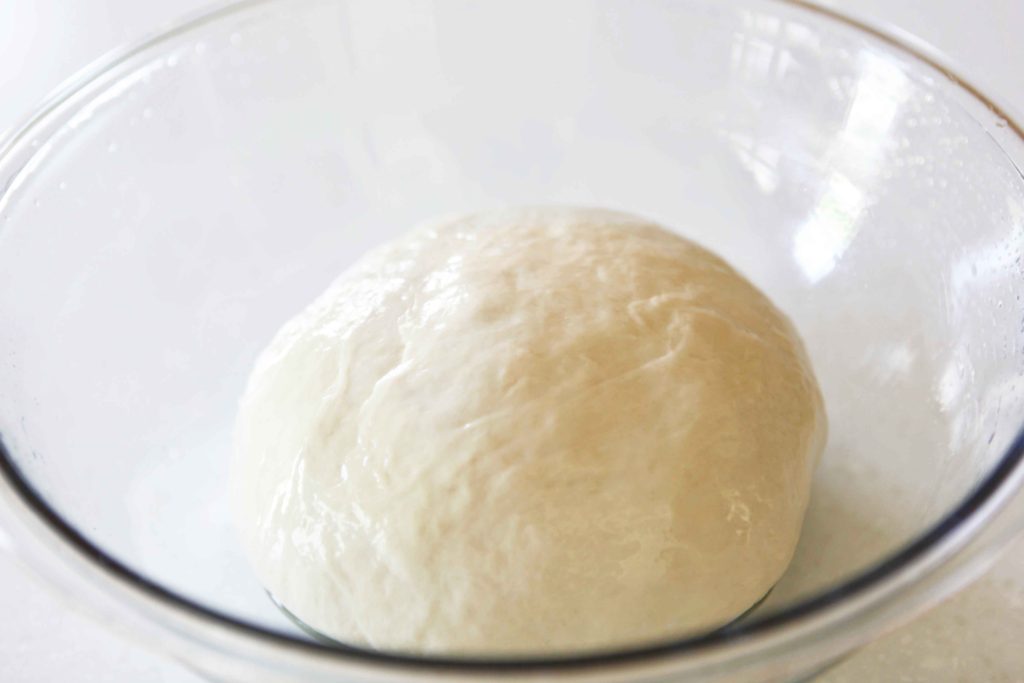 ~ OR ~
Lightly mist with non-stick spray.

Cover with a clean (lint free) cotton dish towel, and let rise until double. (about 1 hour) 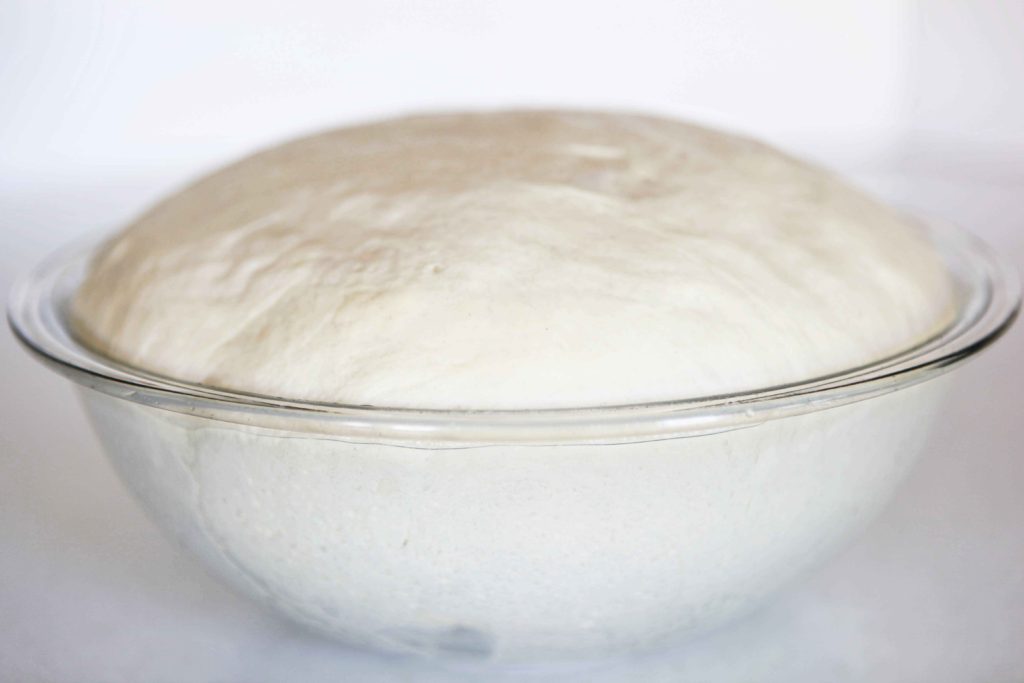 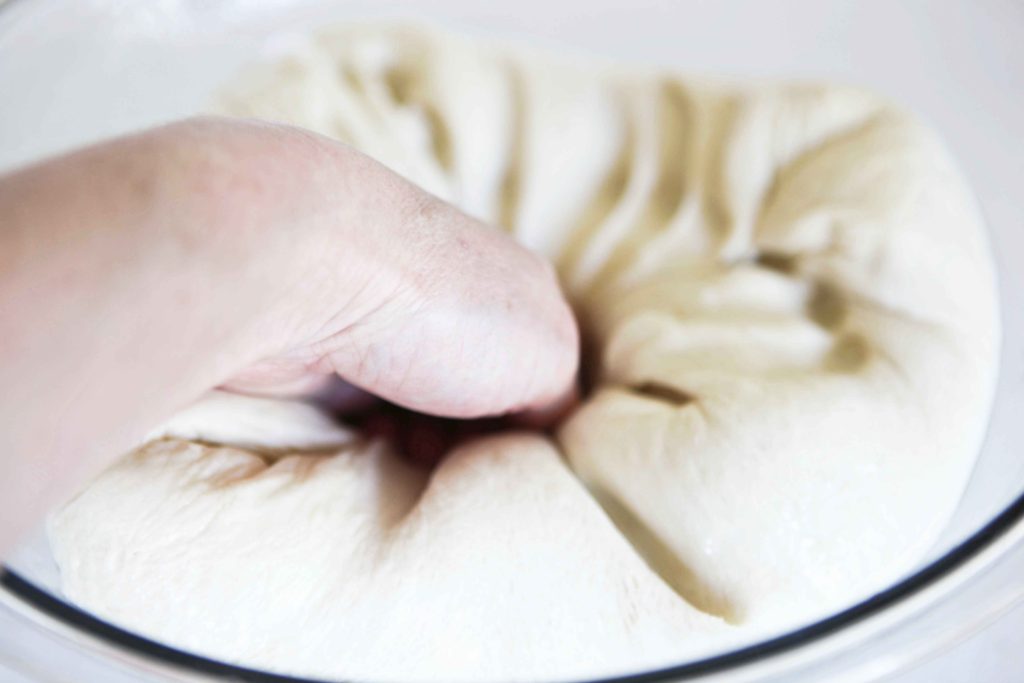 Punch down the dough, and transfer to a clean surface.

Divide in half, and form each half into a ball. 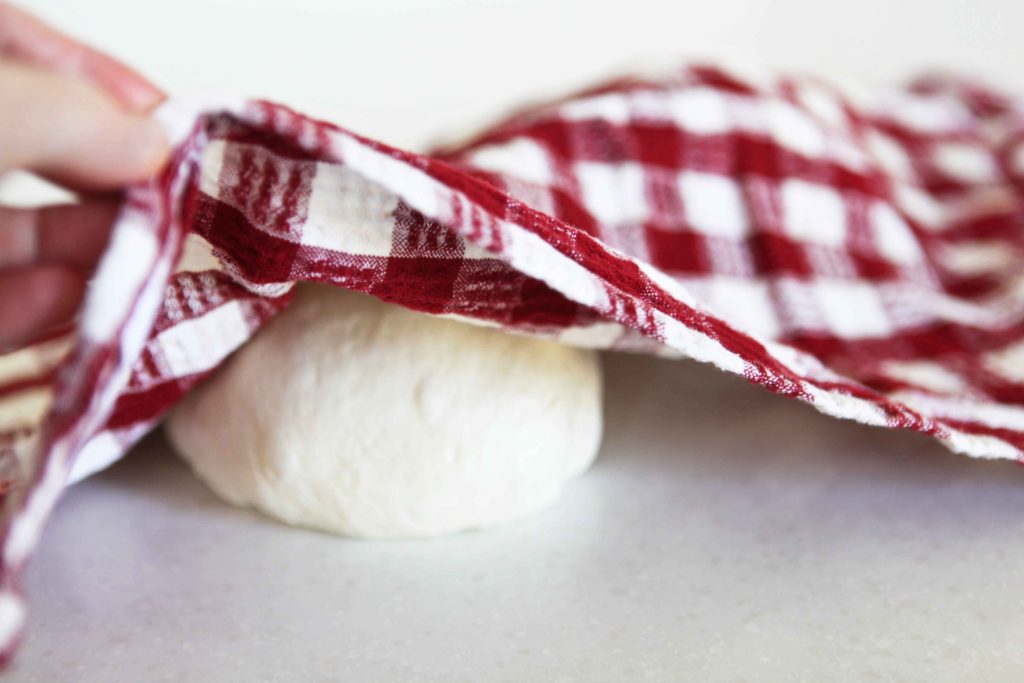 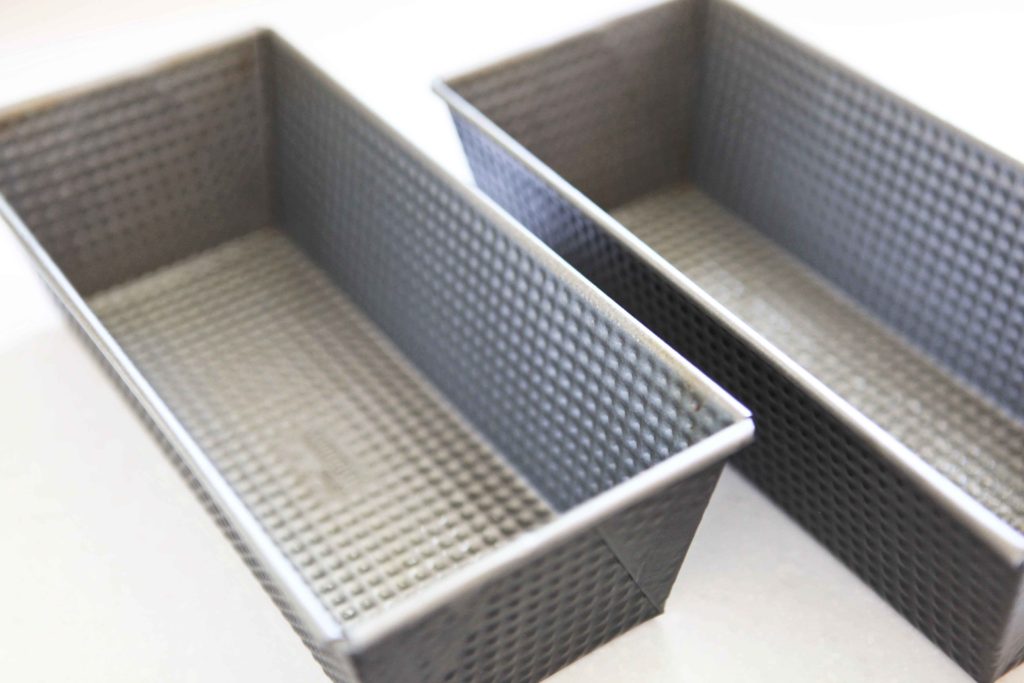 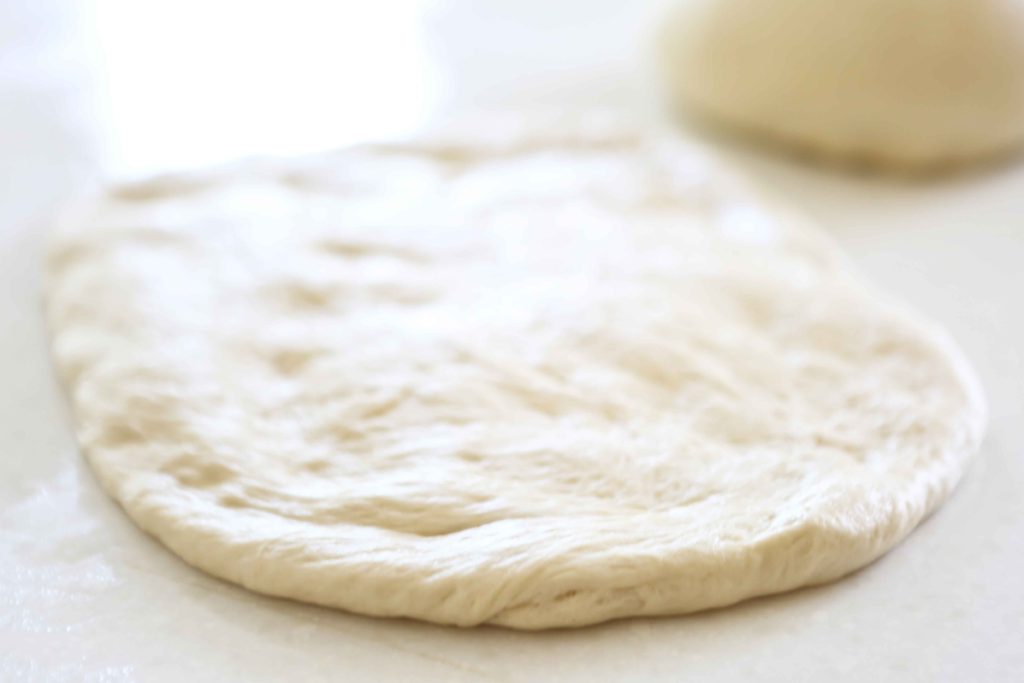 With your fists, pound each ball into a square that’s slightly smaller than the length or your bread pans.

Tightly roll the dough into a loaf, making sure to squeeze out any air bubbles. Tuck the ends under. 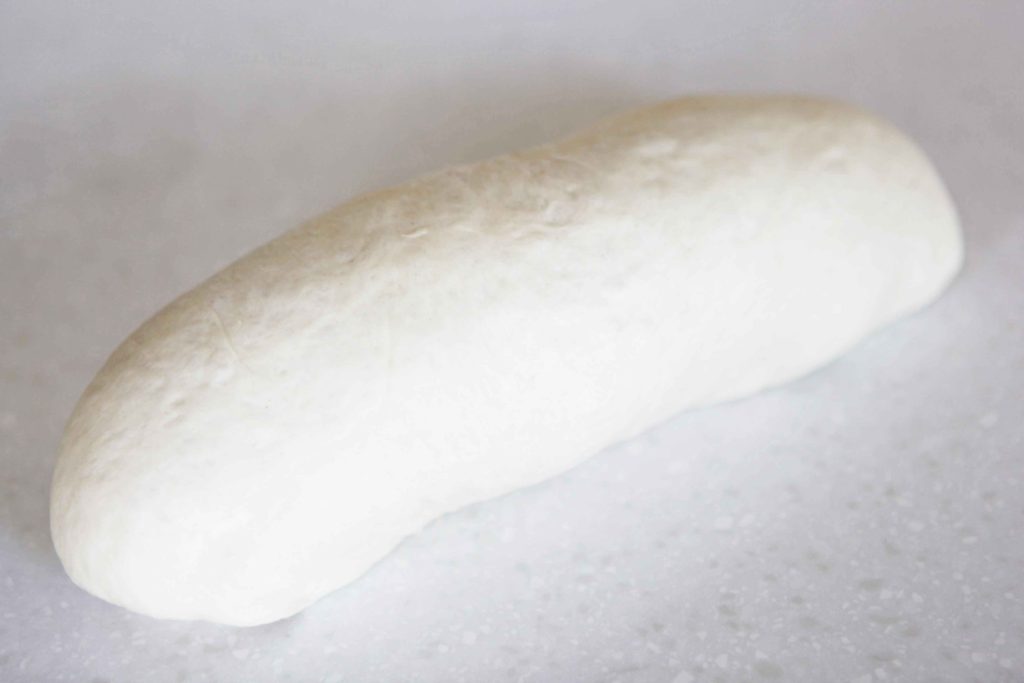 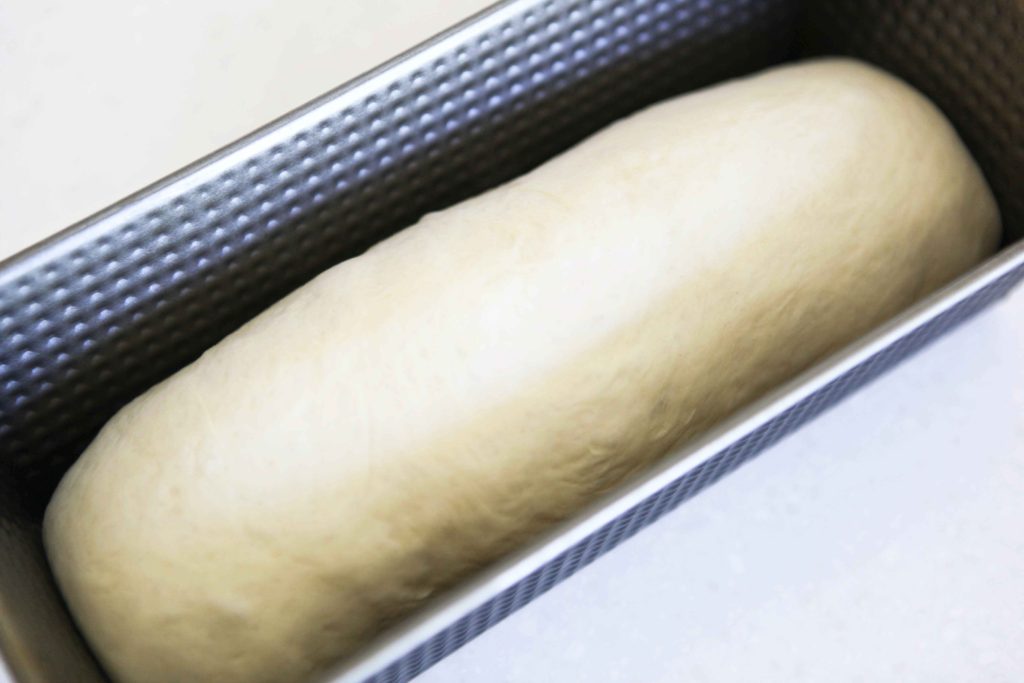 Transfer it to the pan. 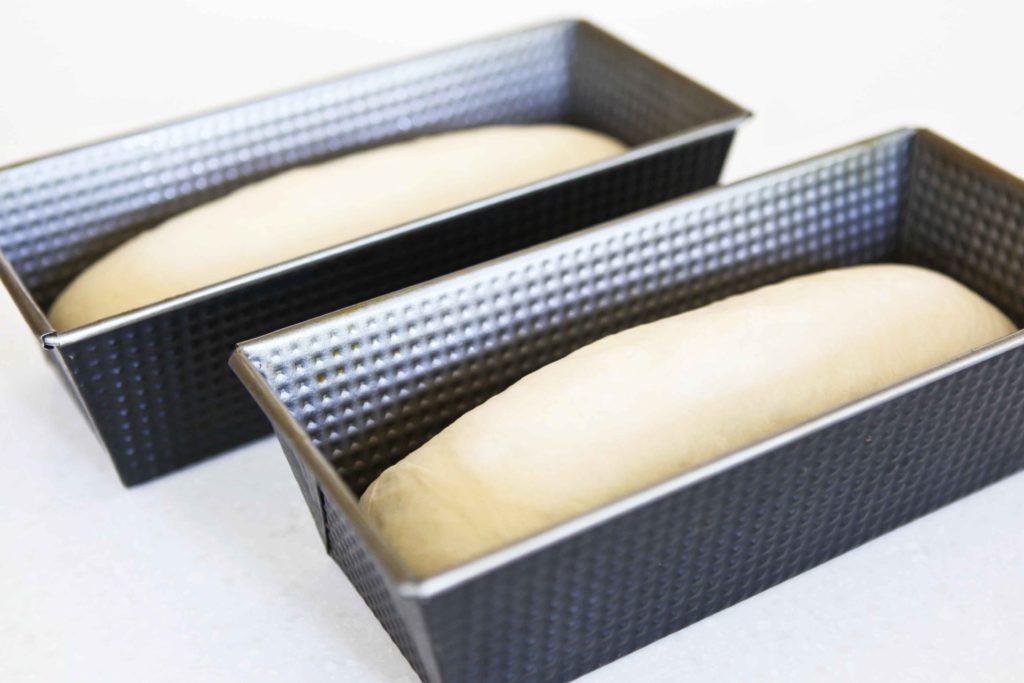 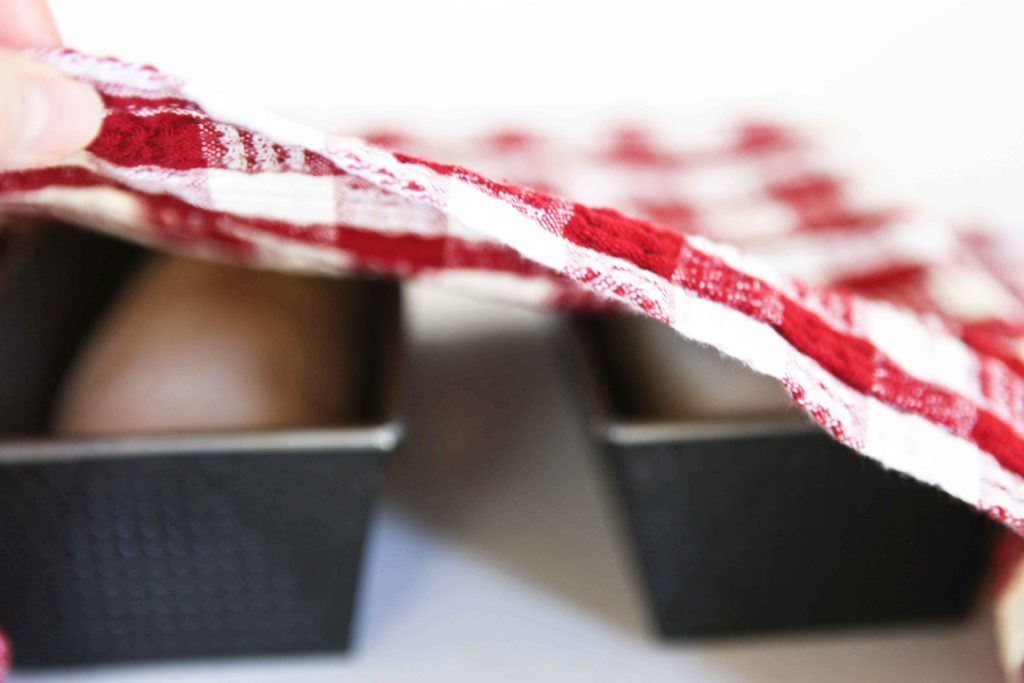 Cover the loaves with the towel.

Let them rise, again, until double. (about another hour) 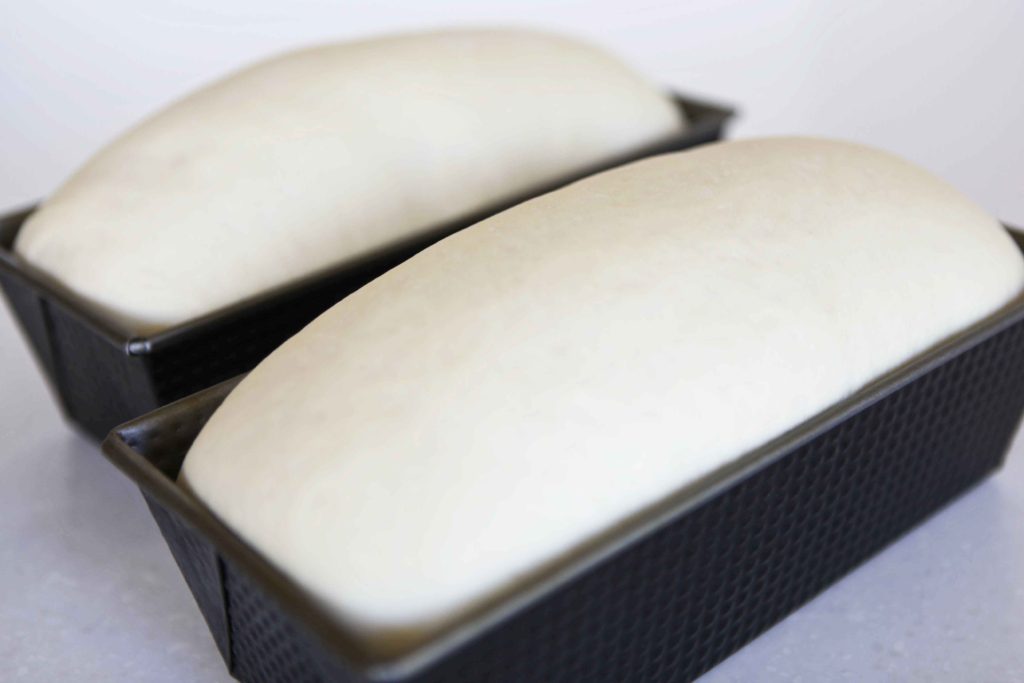 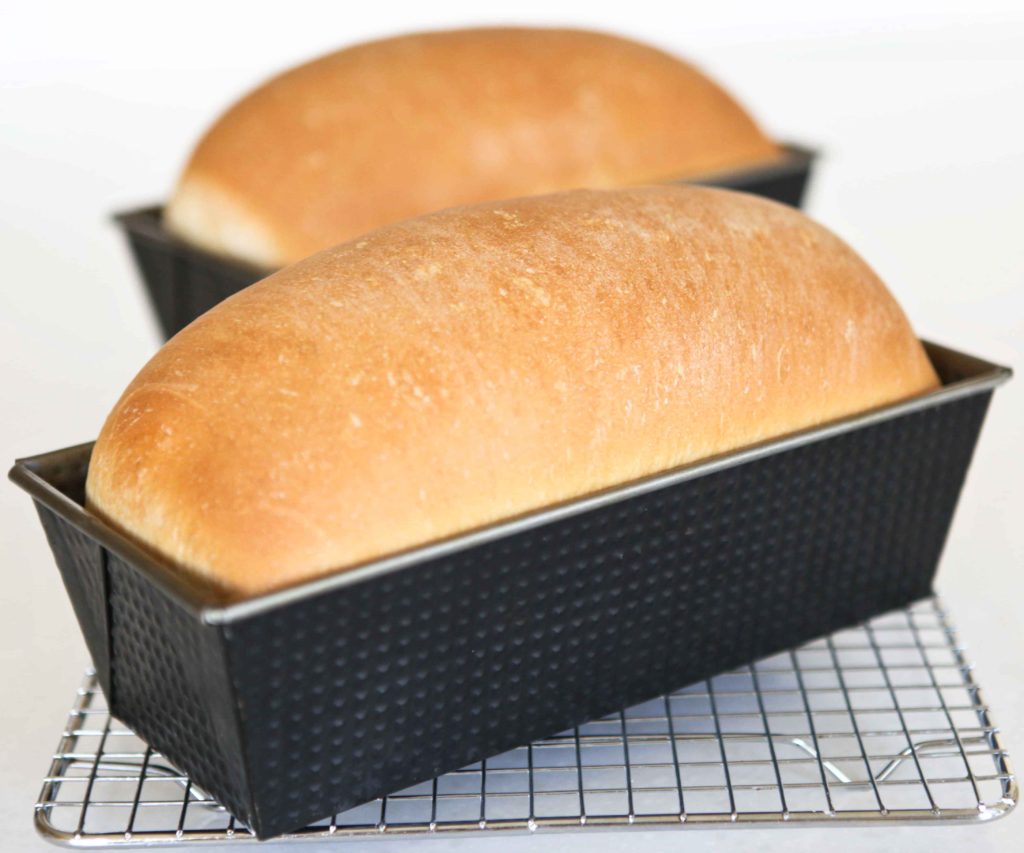 Remove from oven and cool in pans for 5-10 minutes. 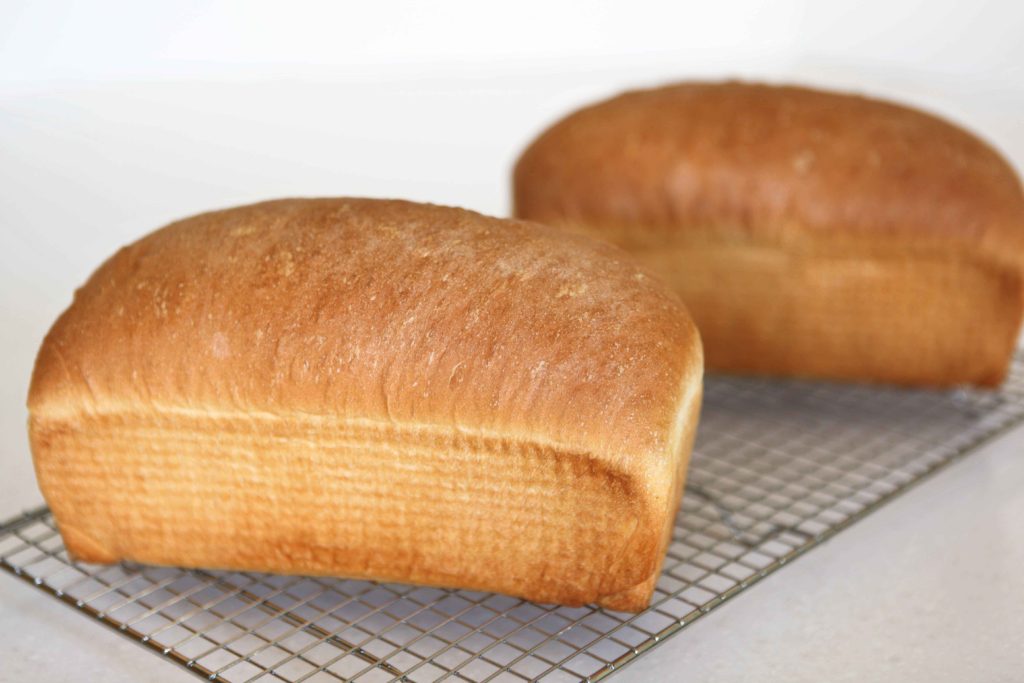 Remove from pans and cool on wire rack. 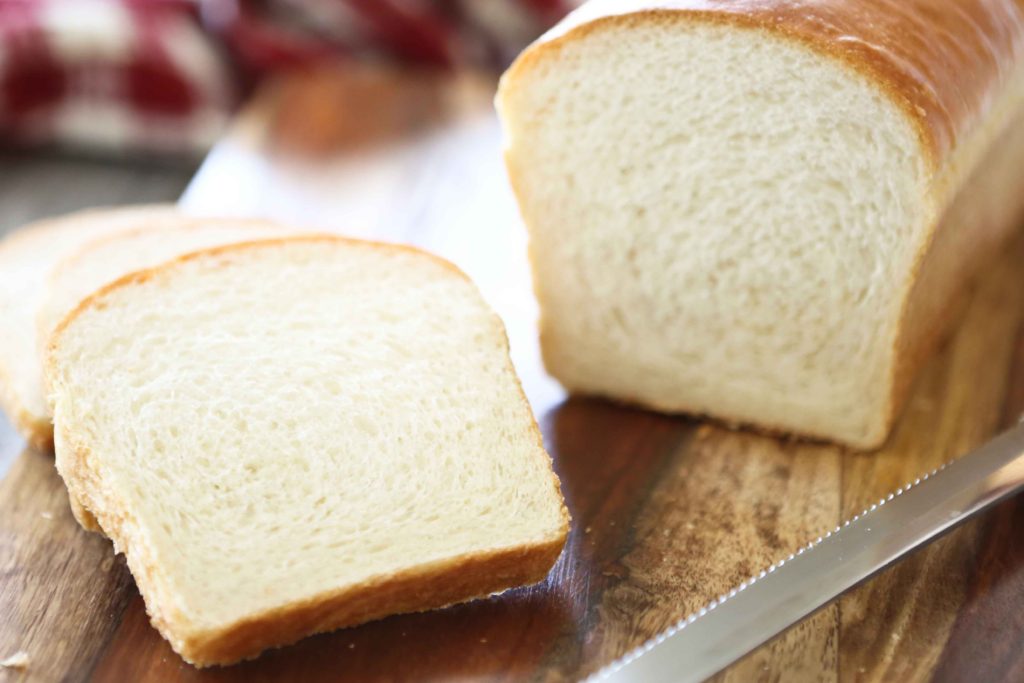 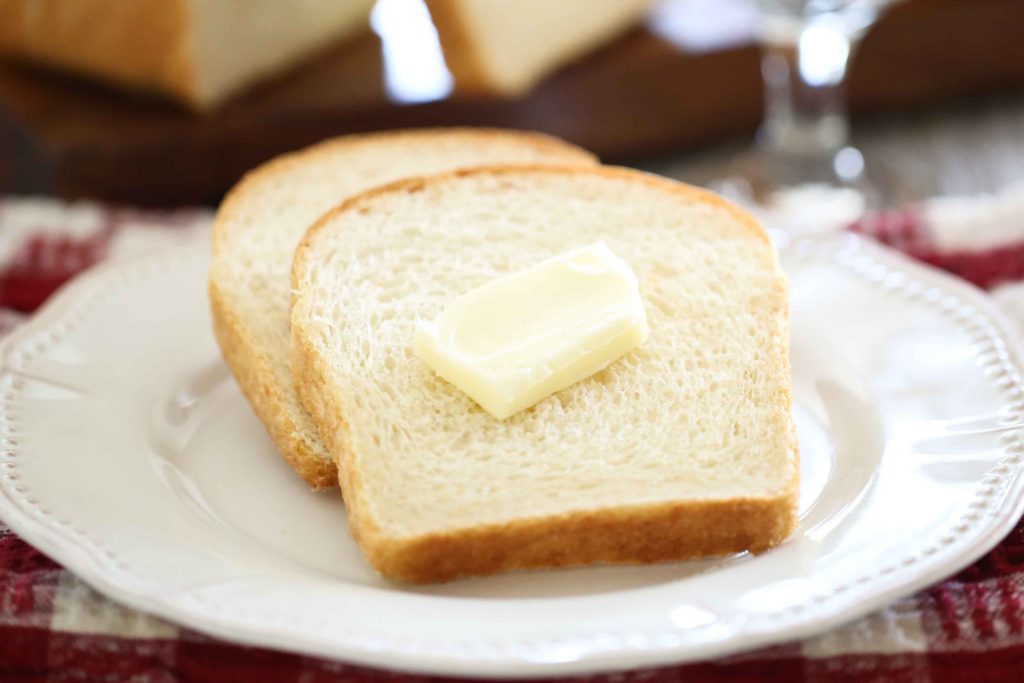 Enjoy with fresh butter, jam, honey, or whatever.