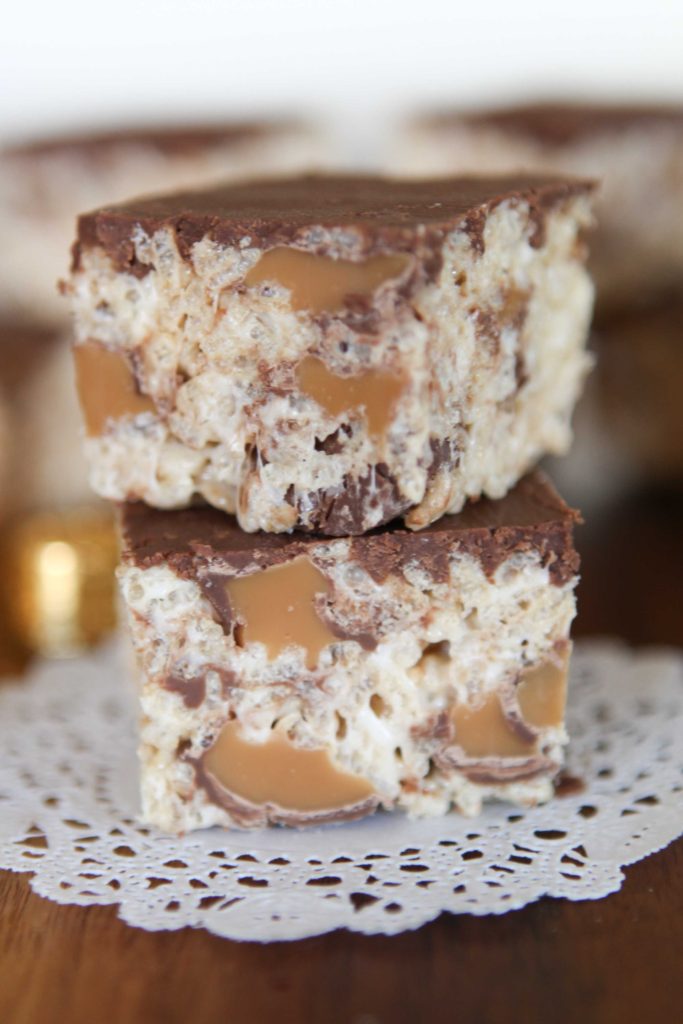 Every once in a while, an idea starts to take shape in my head, and it won’t let up.  That’s what happened recently. This idea involved Rice Krispie Treats and caramel and chocolate. The caramel and chocolate were combined in the form of Rolos candies.  I tried to ignore these thoughts, but they wouldn’t go away.

Then my husband called me on his way home from work.  He was stopping at a pharmacy to get something.  He was calling to see if I needed anything. …  …  …  I almost said no, but then this happened … 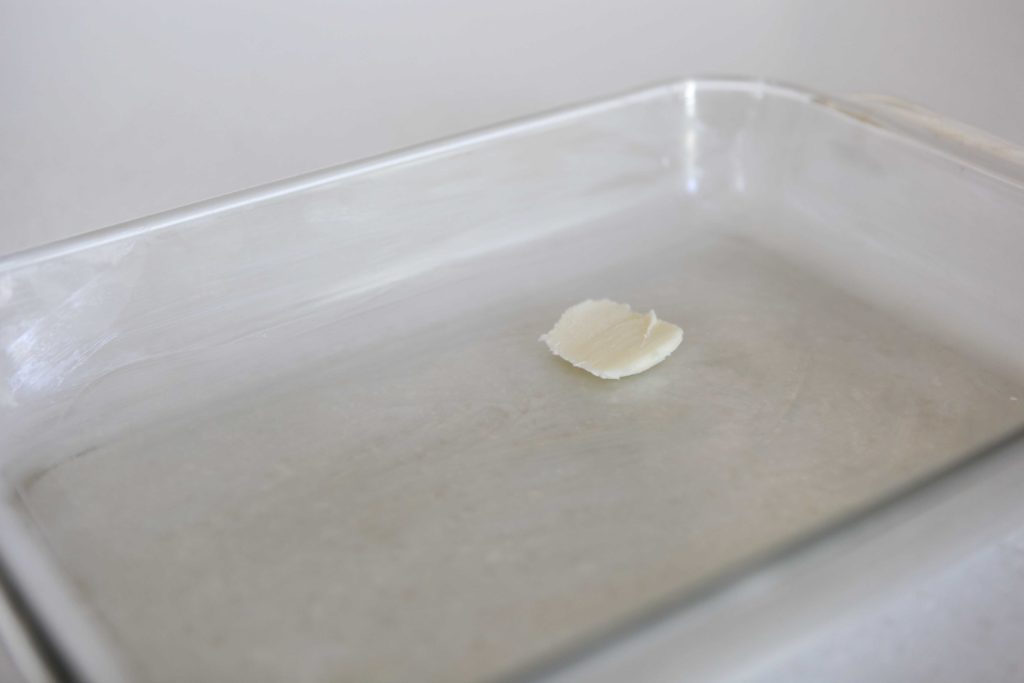 Unwrap Rolos and chop into fourths. 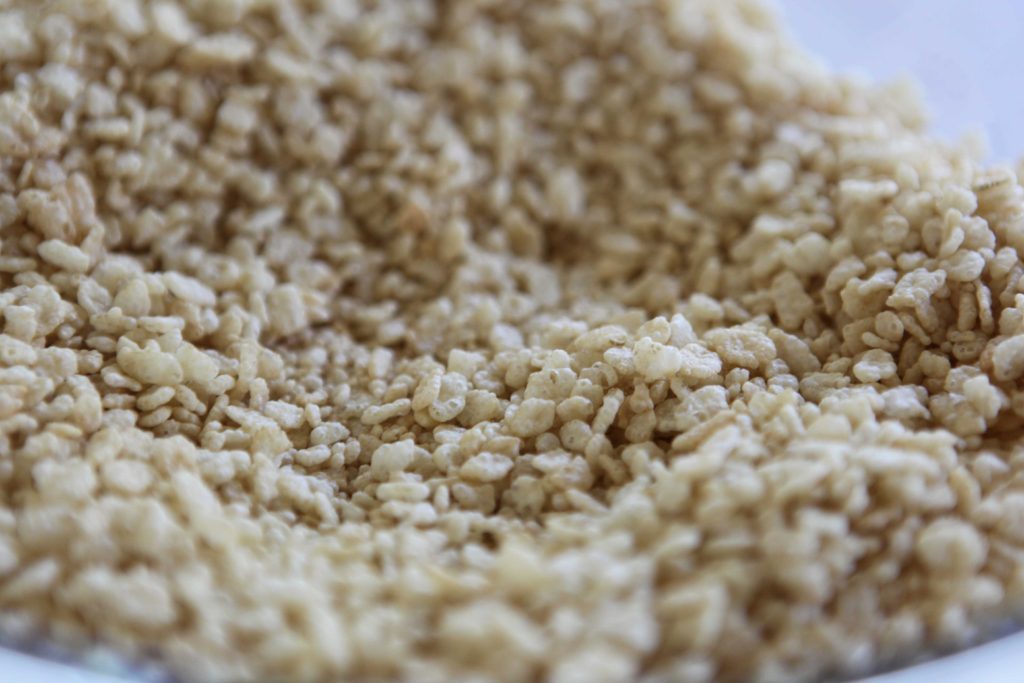 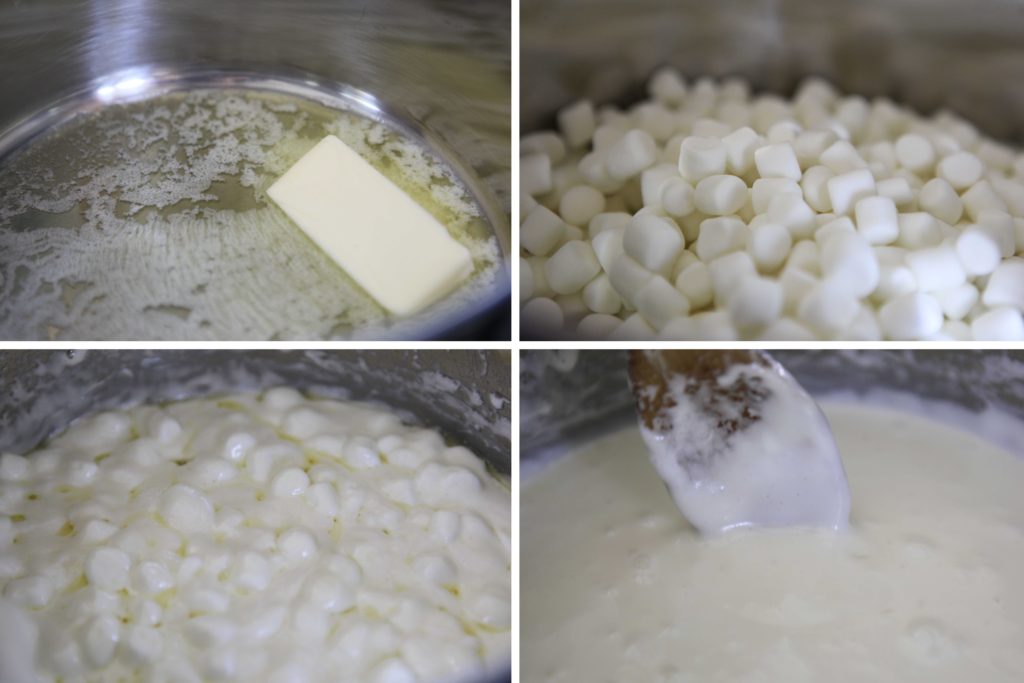 Over low heat, melt the butter in a heavy saucepan. Add marshmallows, turn up heat to medium, and stir constantly until melted and smooth. 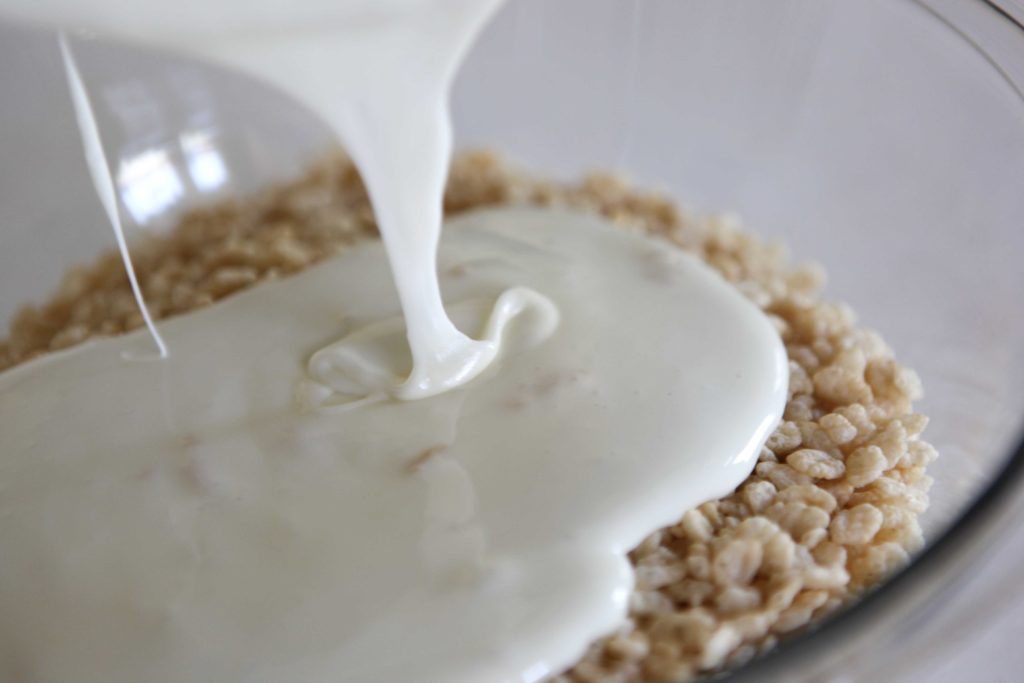 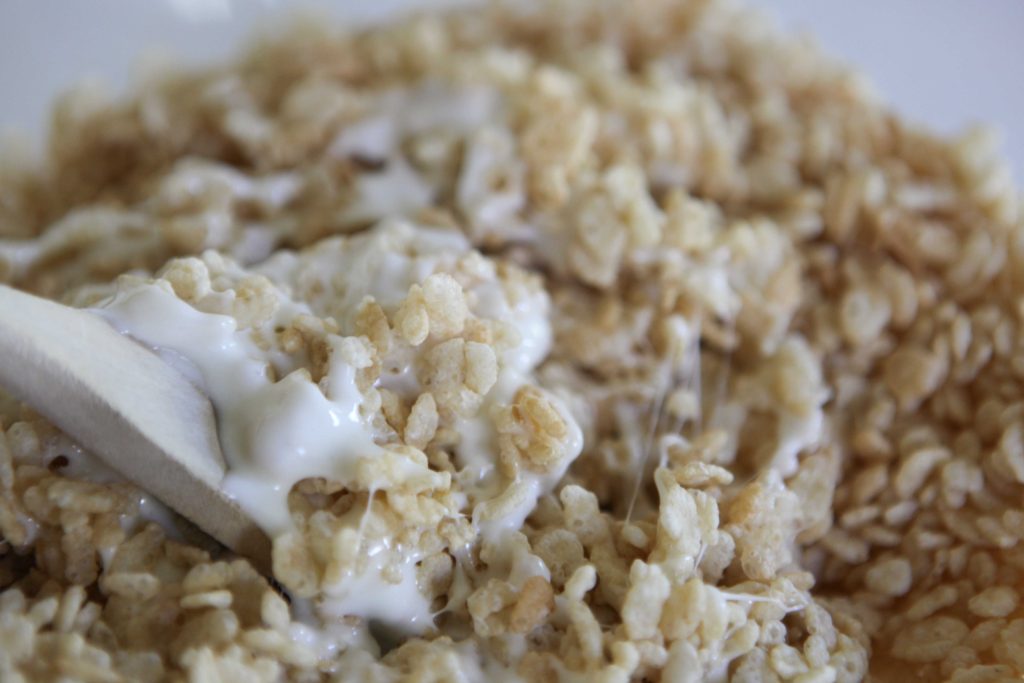 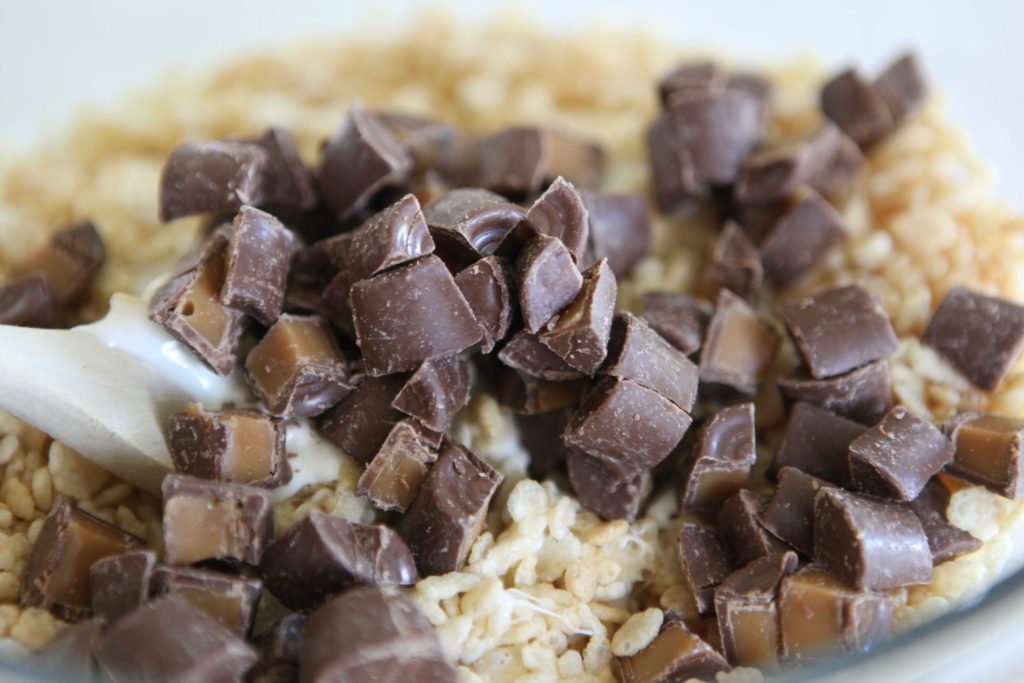 Fold in chopped candies, but don’t over mix because the chocolate will begin to melt. 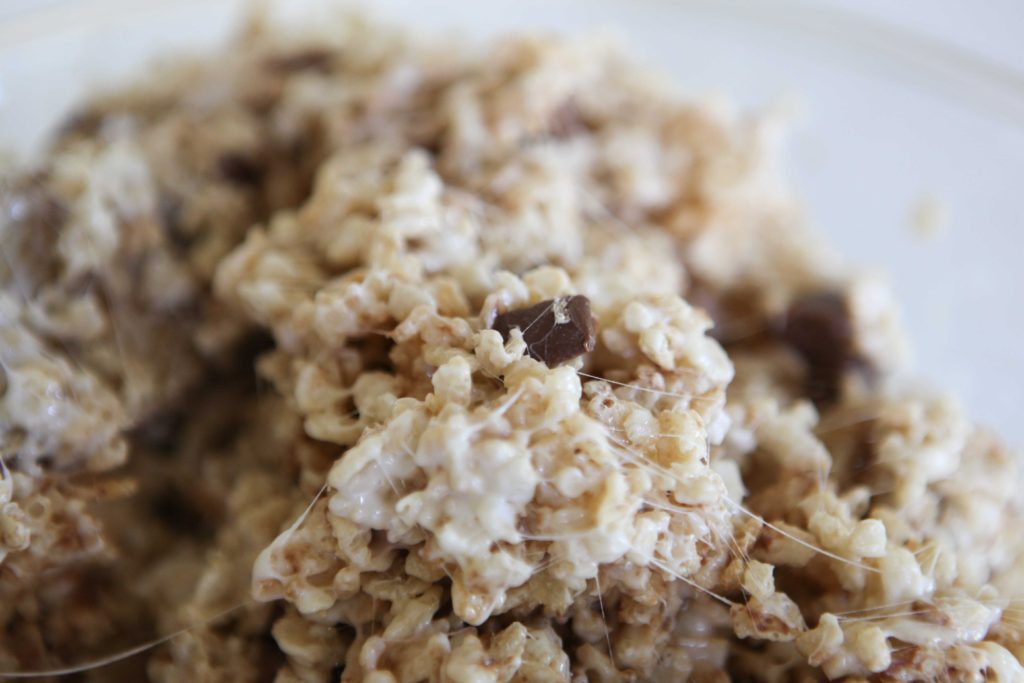 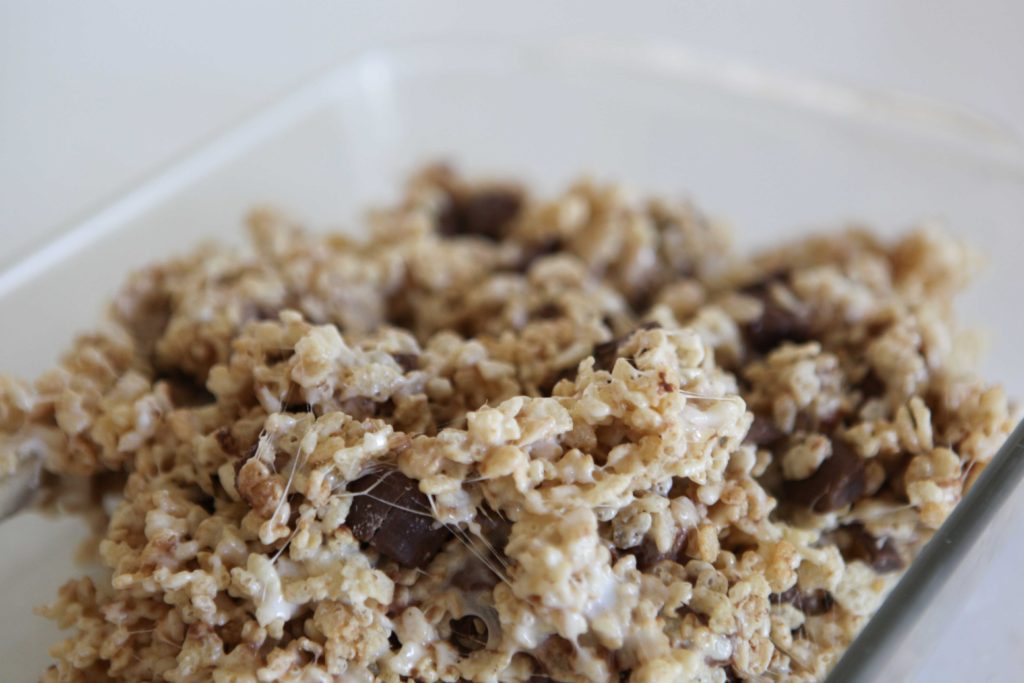 Butter your hands to gently press mixture into place. (I didn’t keep all that butter on my hand. I scraped off the large pieces.)

Melt chocolate chips and butter, and stir until completely combined. 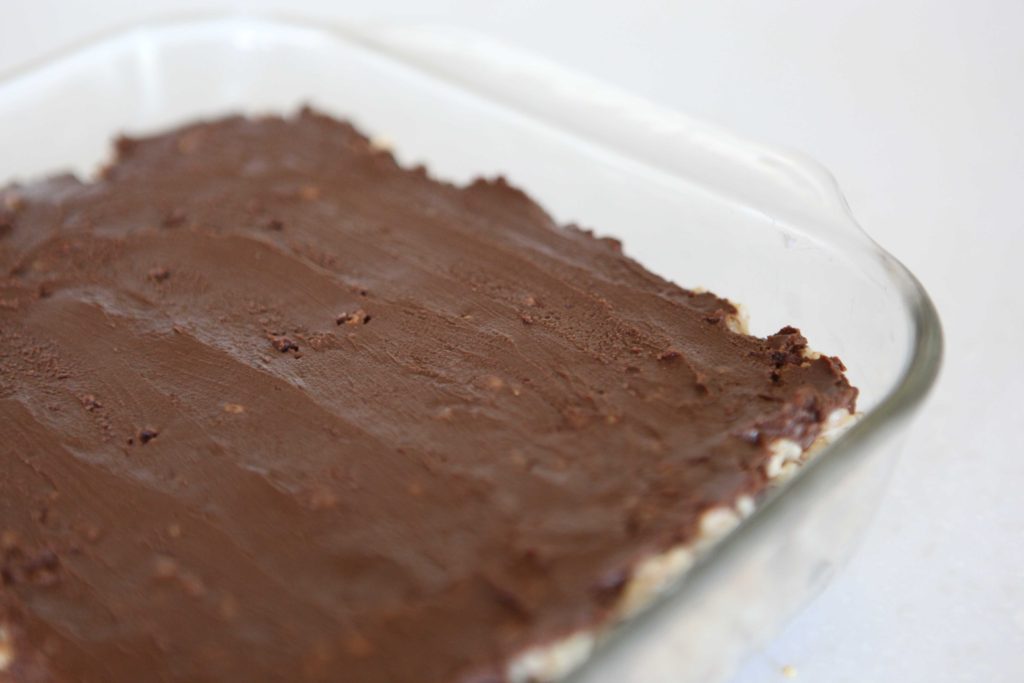 Spread over Rice Krispie Treats. Then allow to cool for an hour until the marshmallows set up. (You can put them in the fridge to speed the process.) 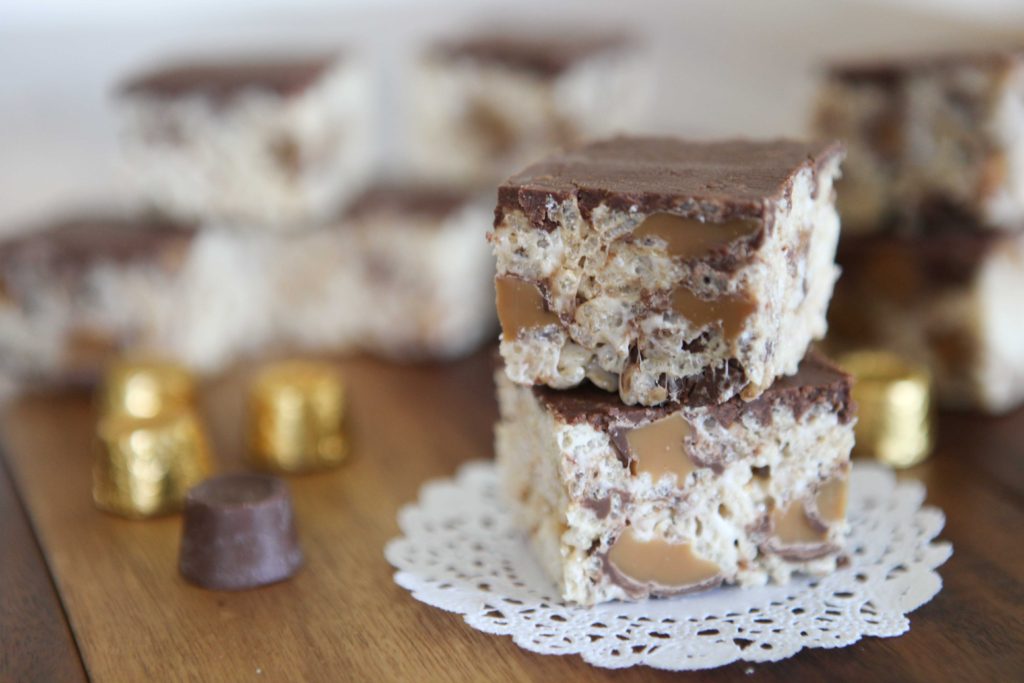 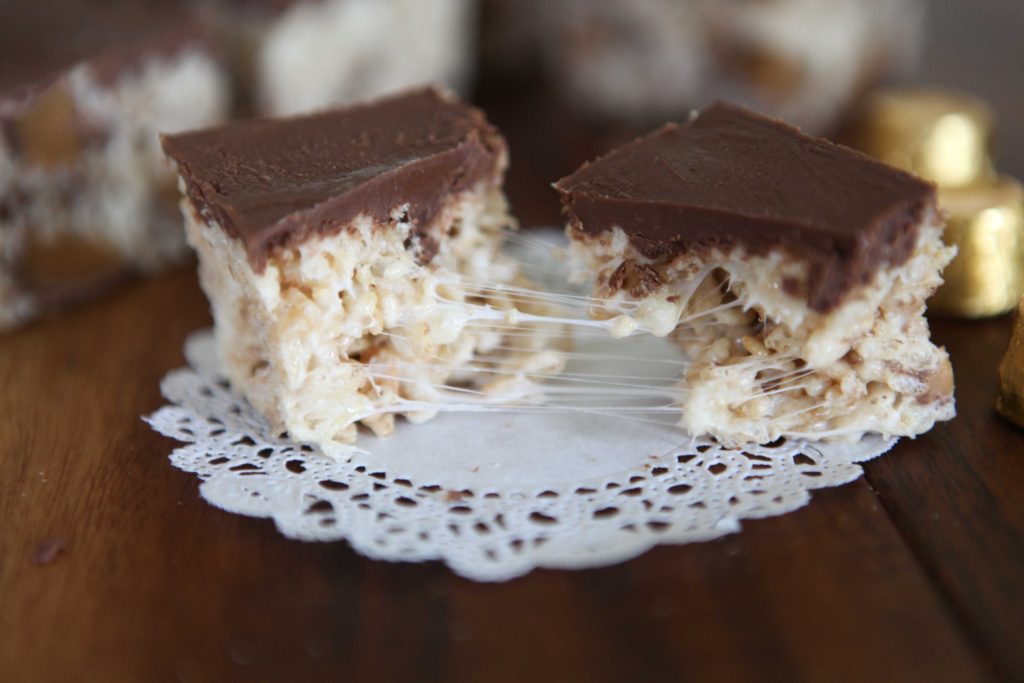 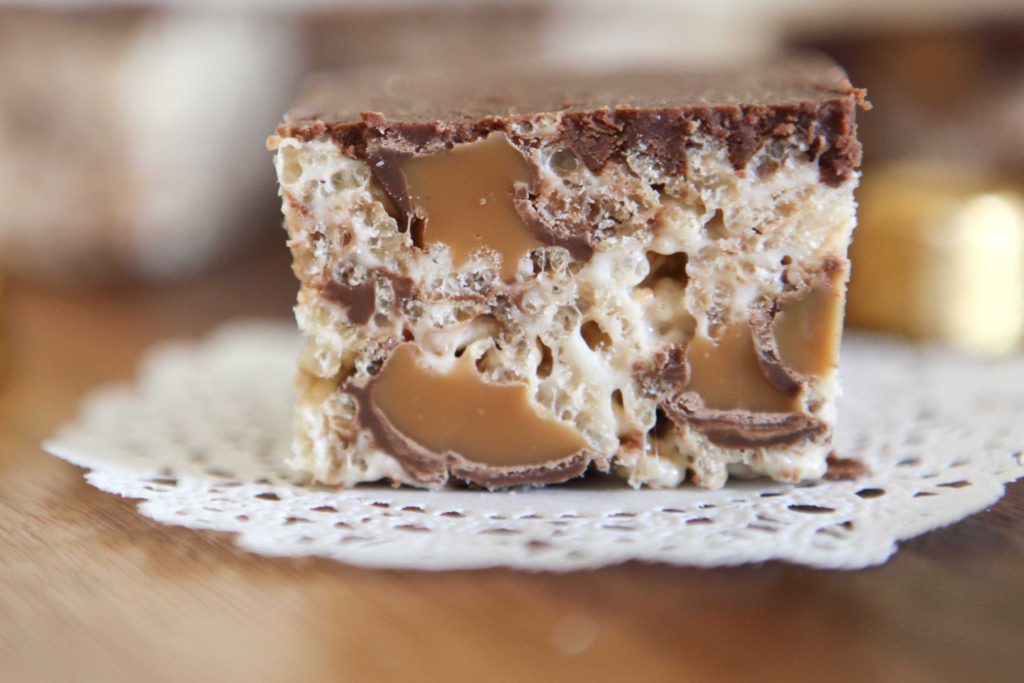 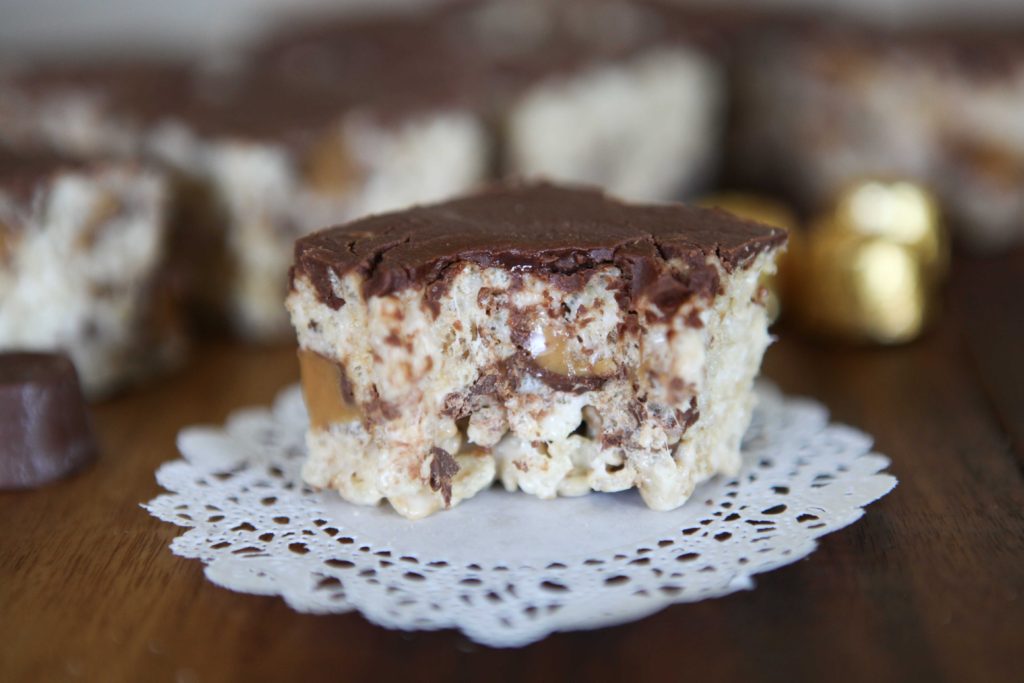