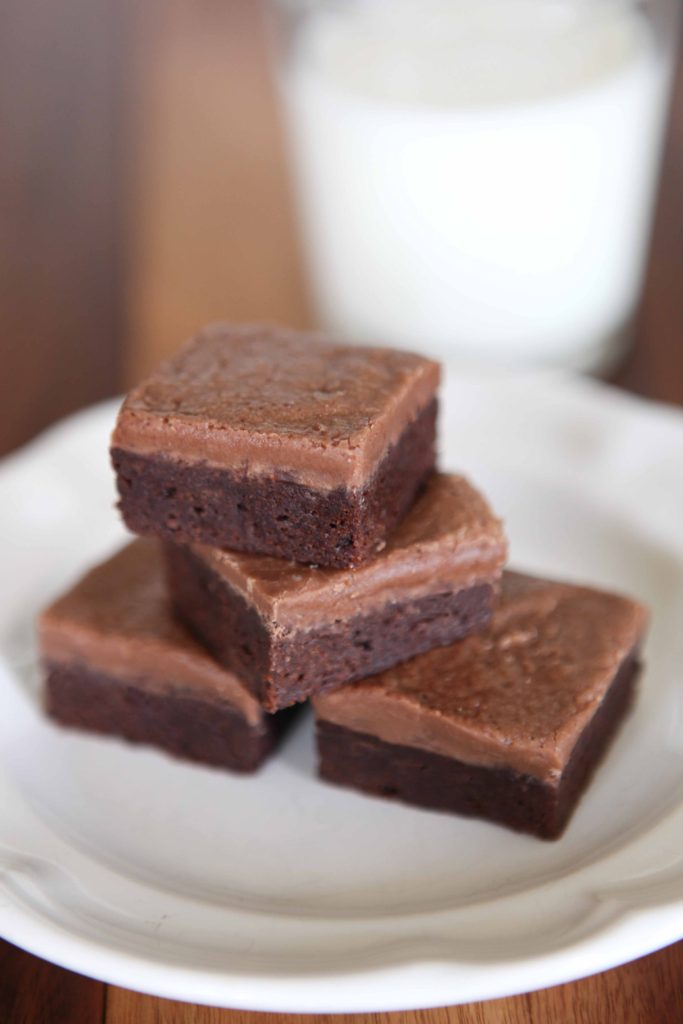 I love brownies.  I have a really good recipe, but sometimes, I get a hankering for something a little different.  I wanted some chewy frosted brownies.  My favorite standby homemade brownies are simple, with no frosting, but the other day I was craving something more.  I wanted chewy brownies.  I wanted buttery, fudgy frosting.  I wanted it immediately.  So I googled it, and found several recipes.  This one looked good, and it was.

These yummy brownies are super easy because they’re made from a mix, but they don’t taste like it.  Bonus!  They hit the spot for me, and now I have another go-to brownie recipe in my arsenal. 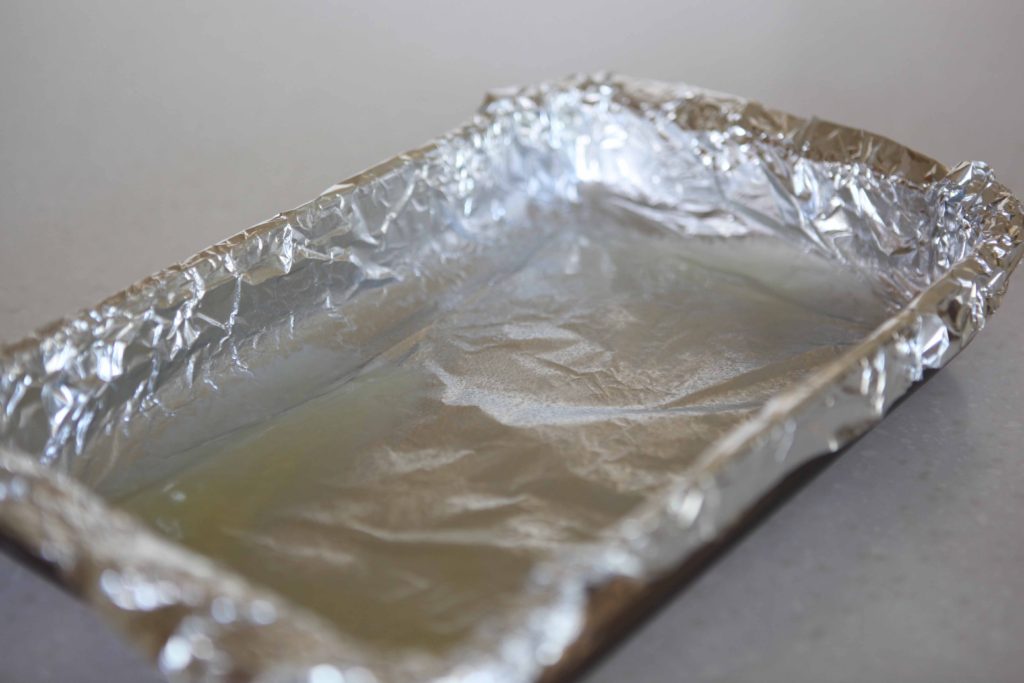 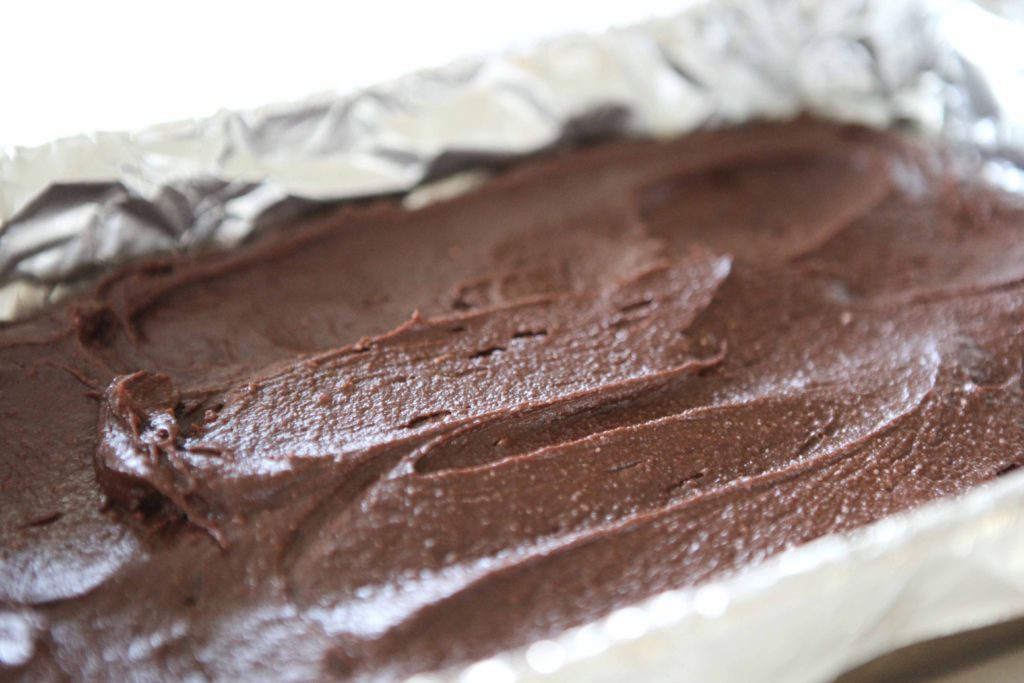 Spread in prepared pan and bake at 325 degrees for 30 minutes. 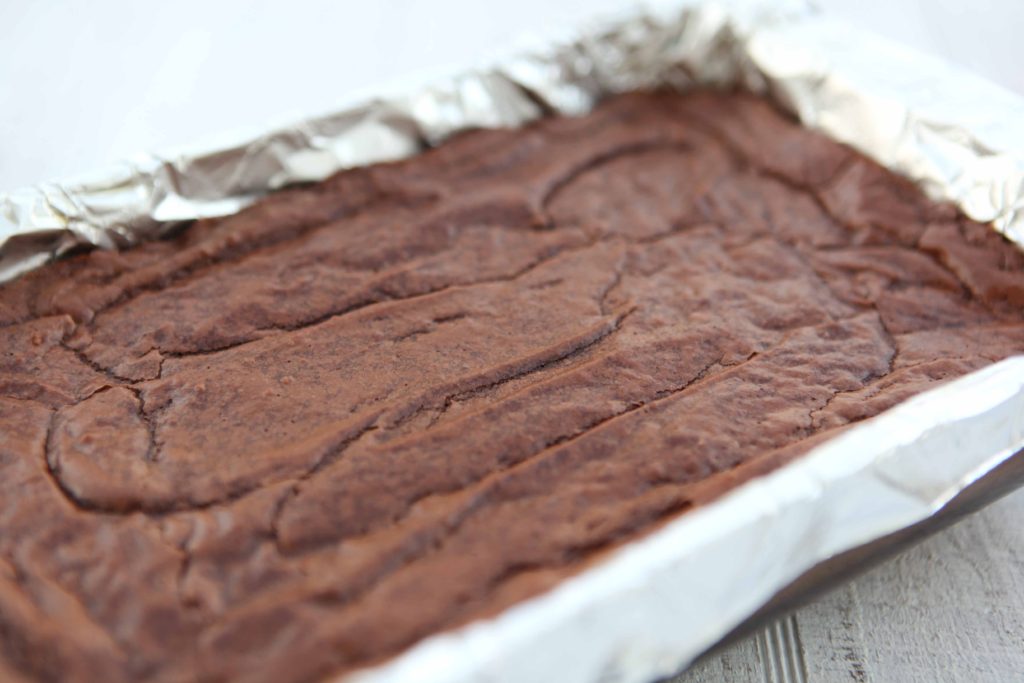 Allow to cool on a wire rack for 20 minutes. While you’re waiting, make the fudgy frosting.

Melt butter over low heat, in a 3-quart sauce pan. Whisk in milk and cocoa powder. Stirring constantly, turn heat up to medium/high, and cook until it thickens, but doesn’t boil. 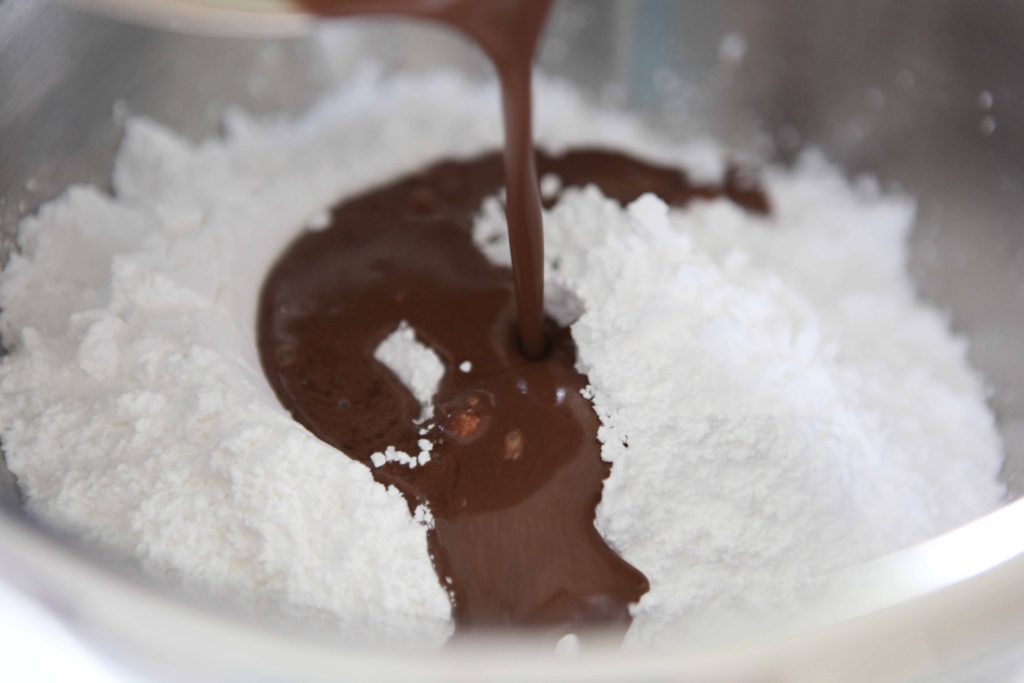 Whisk together with powdered sugar and vanilla, and beat until smooth. You can use a whisk or electric beaters, but you don’t want it to cool. 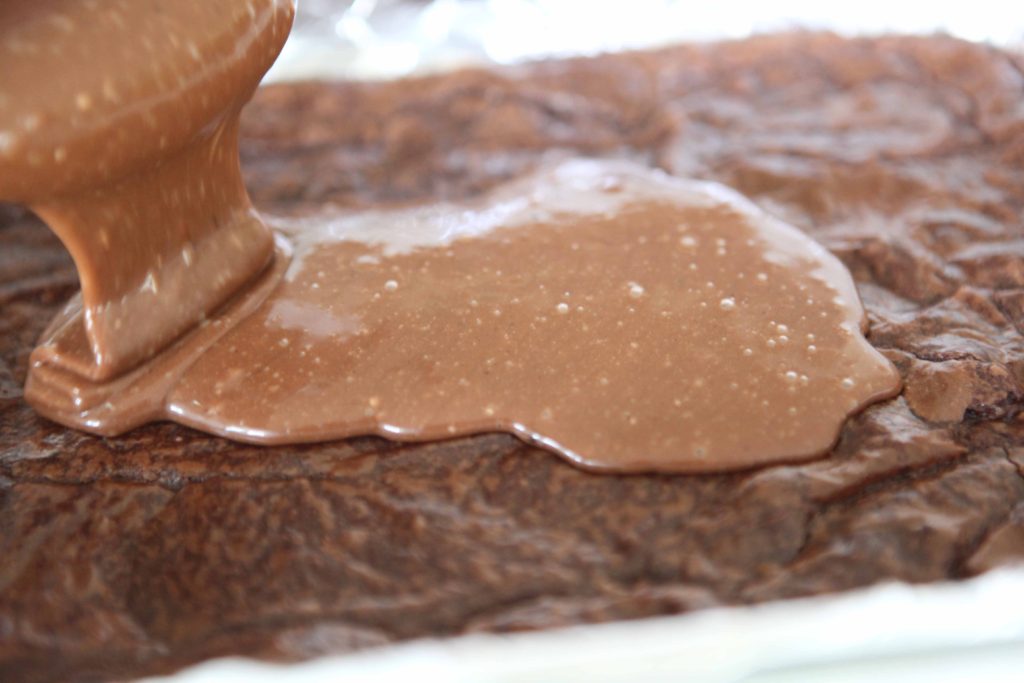 Working quickly, before it sets up, pour the fudgy frosting over the brownies, and spread evenly. 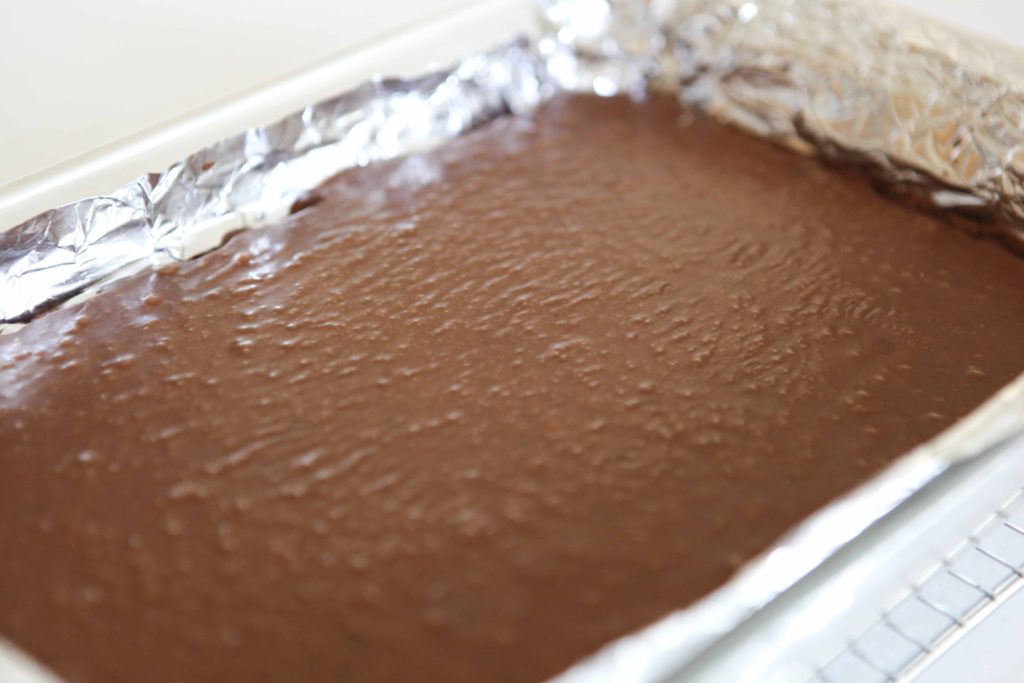 Allow to cool completely, at room temperature, and then refrigerate for an hour before cutting. 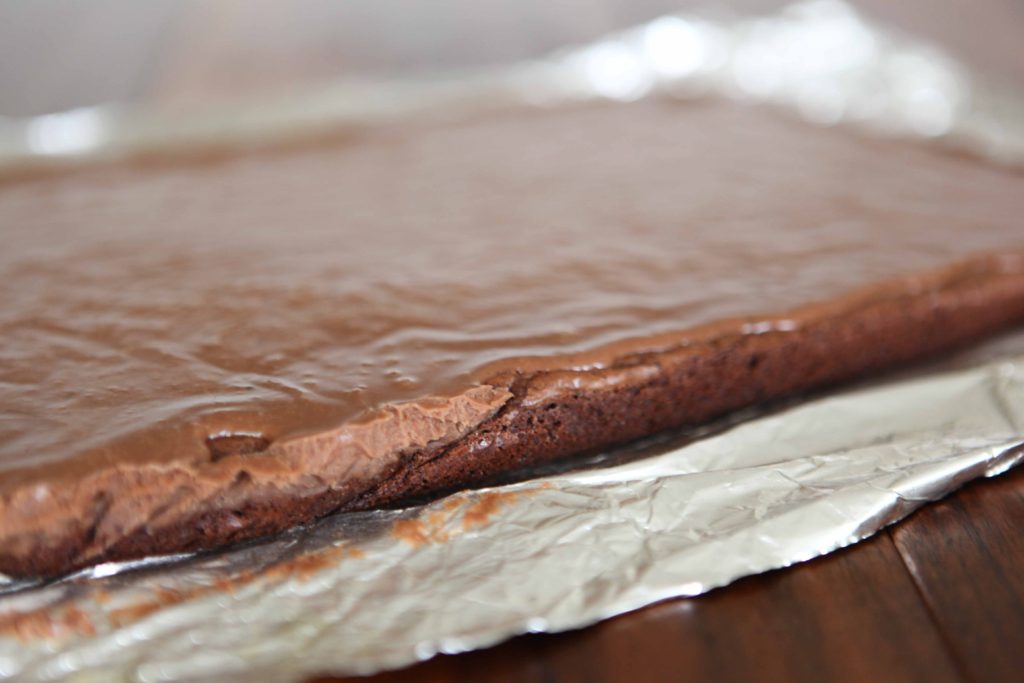 When they’re ready to cut, use the foil to lift them out of the pan, and then peal it away. Cut and serve. 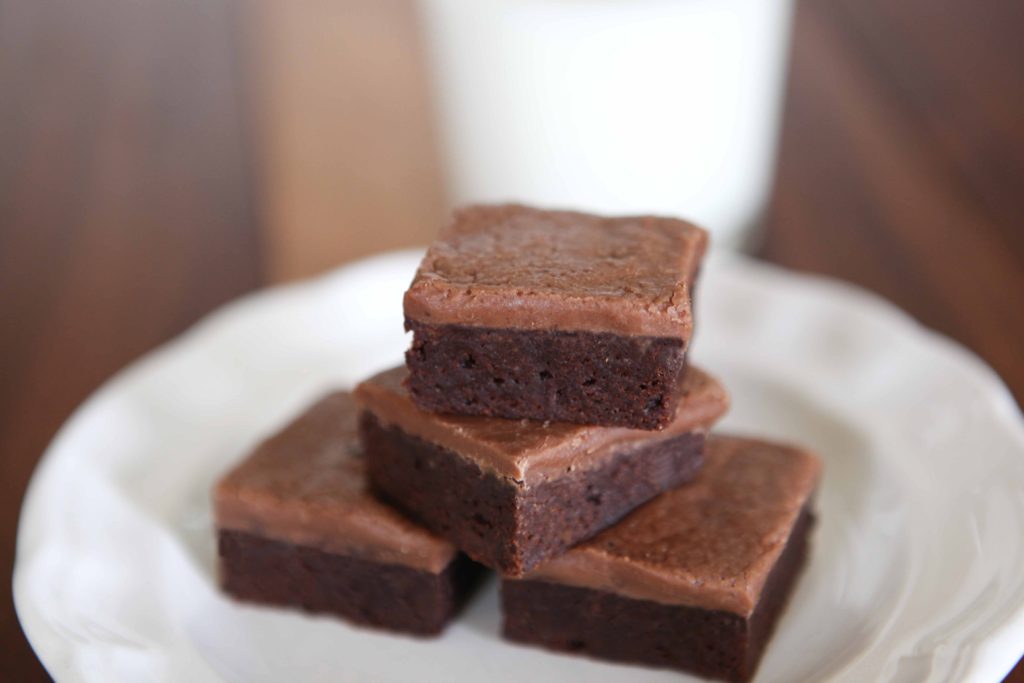 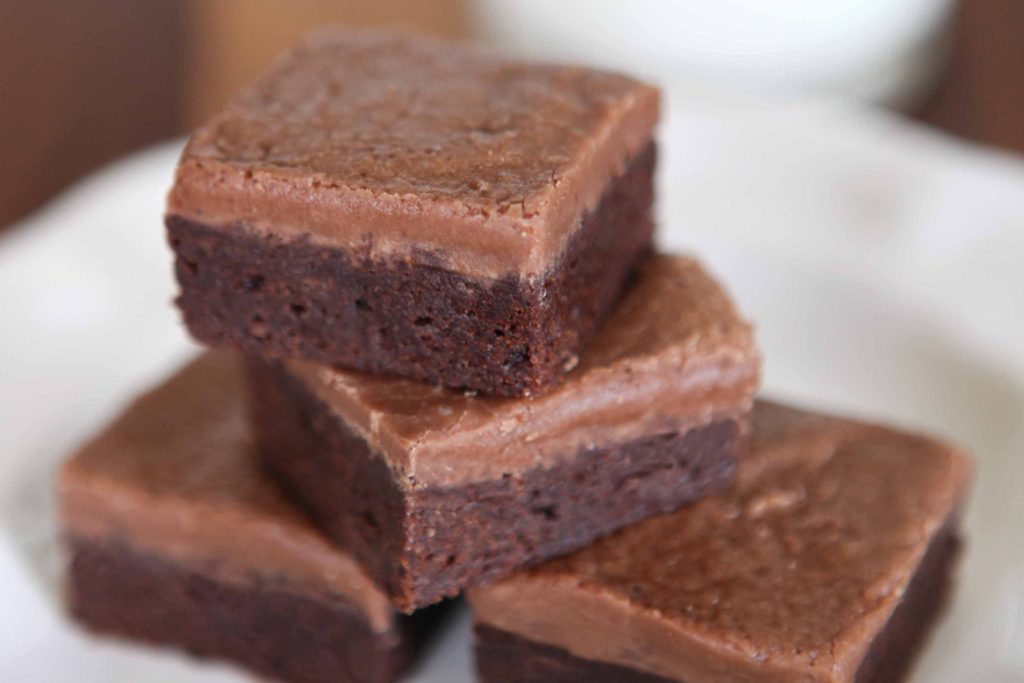 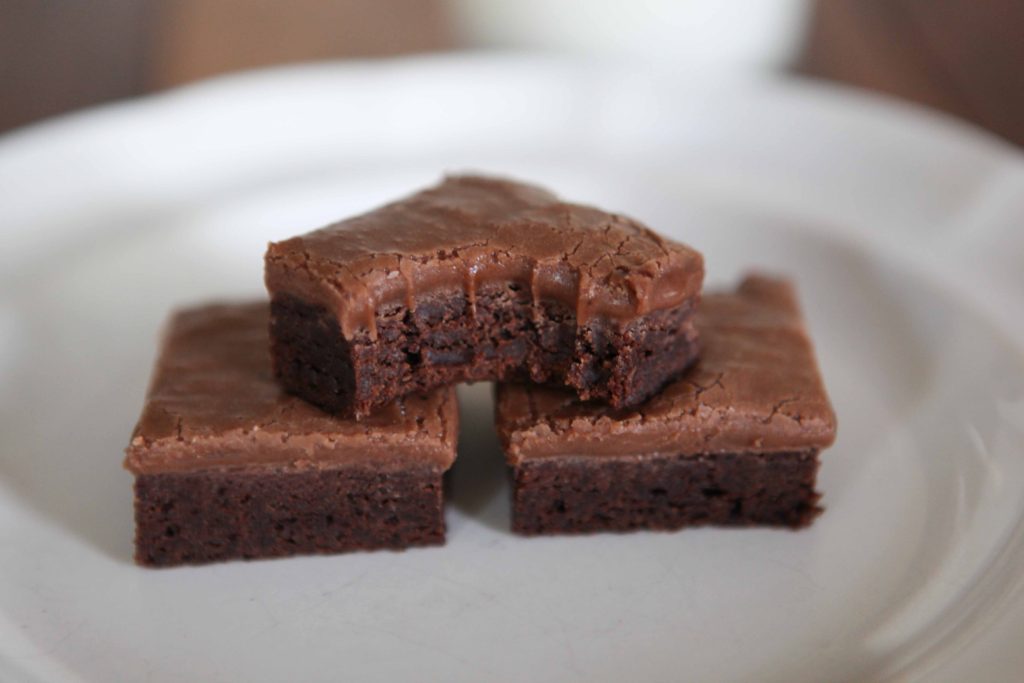