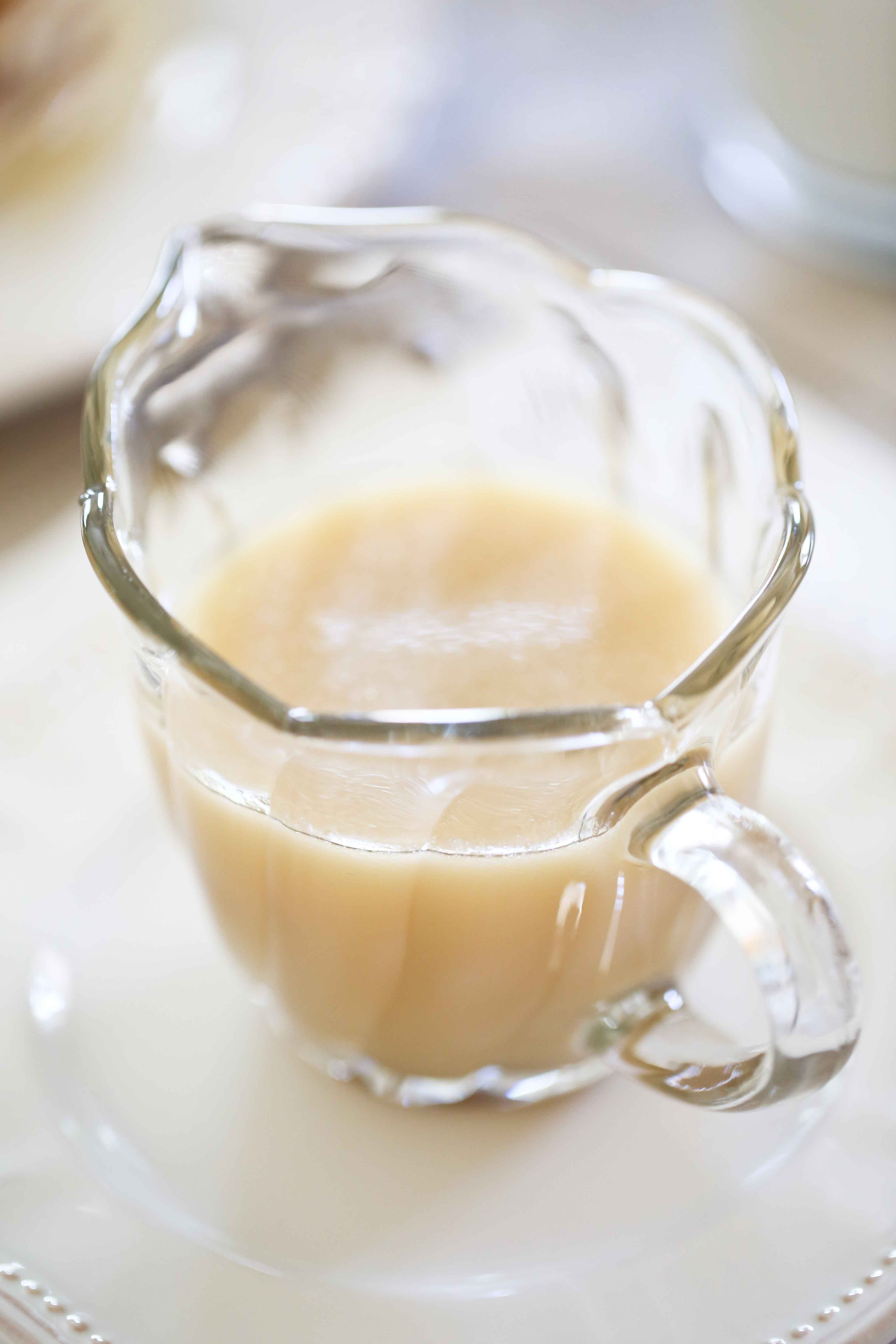 My sister-in-law, Kami, introduced us to this homemade vanilla syrup several years ago. It’s buttery, and delicious on everything, but let’s be real here, what do you usually make syrup for? Well pancakes. That’s why I recommend this vanilla syrup for pancakes.. As an added bonus, it’s fun to serve at a nice brunch because it’s something different, and a little fancier than maple syrup. So if you’re feeling like you need a tasty brunch idea, whip up some pancakes and try out this decadent vanilla syrup. 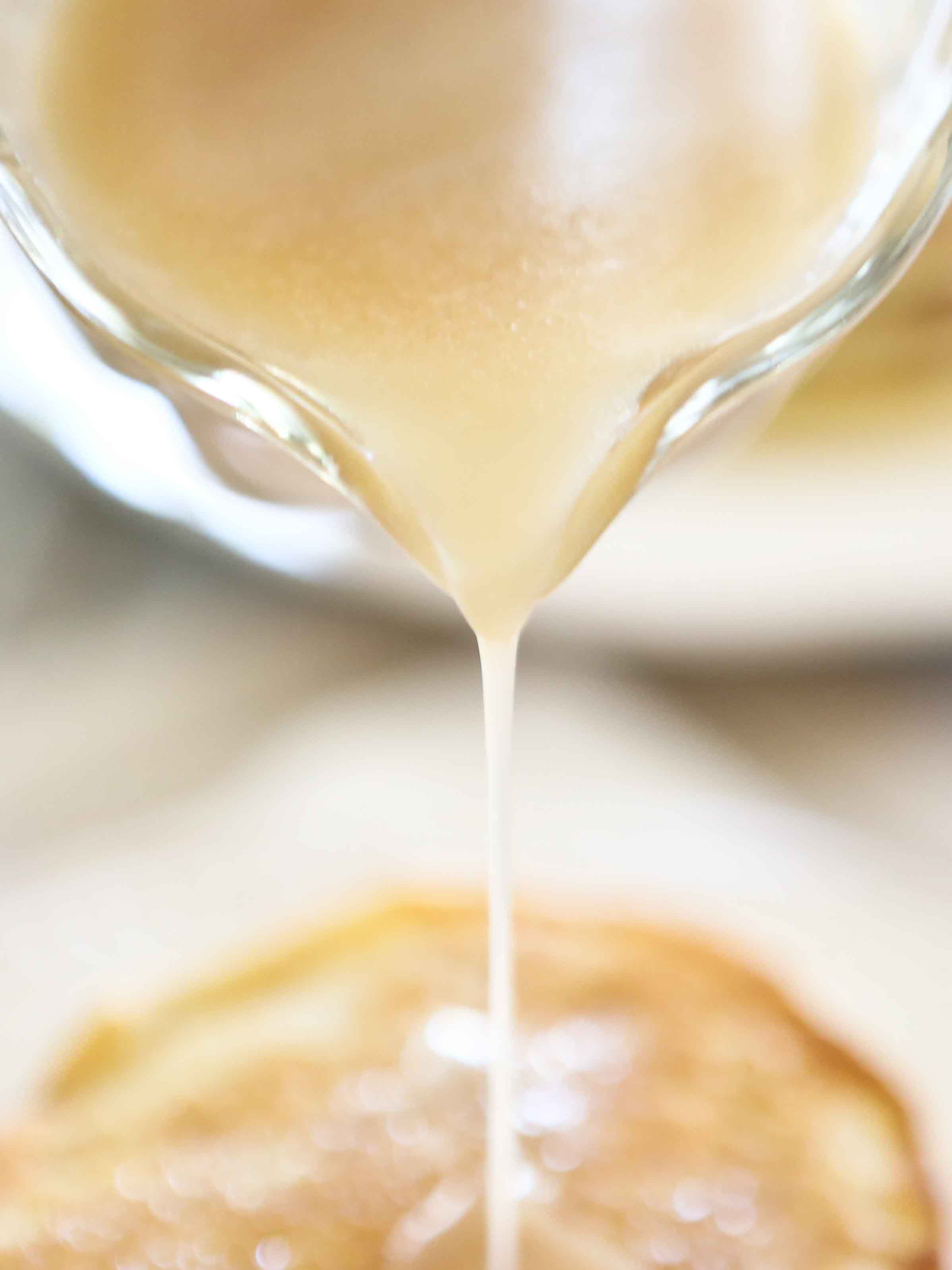 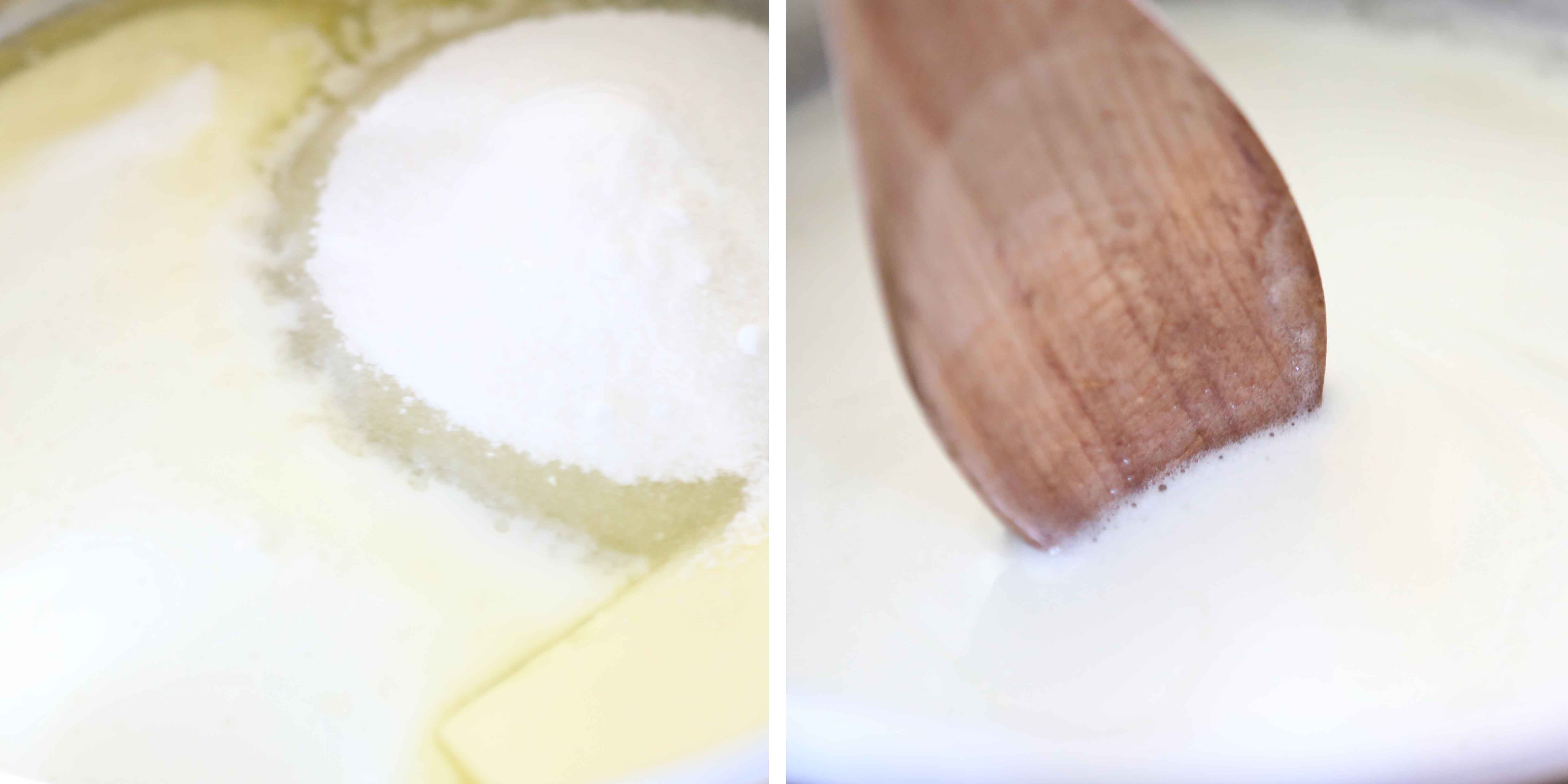 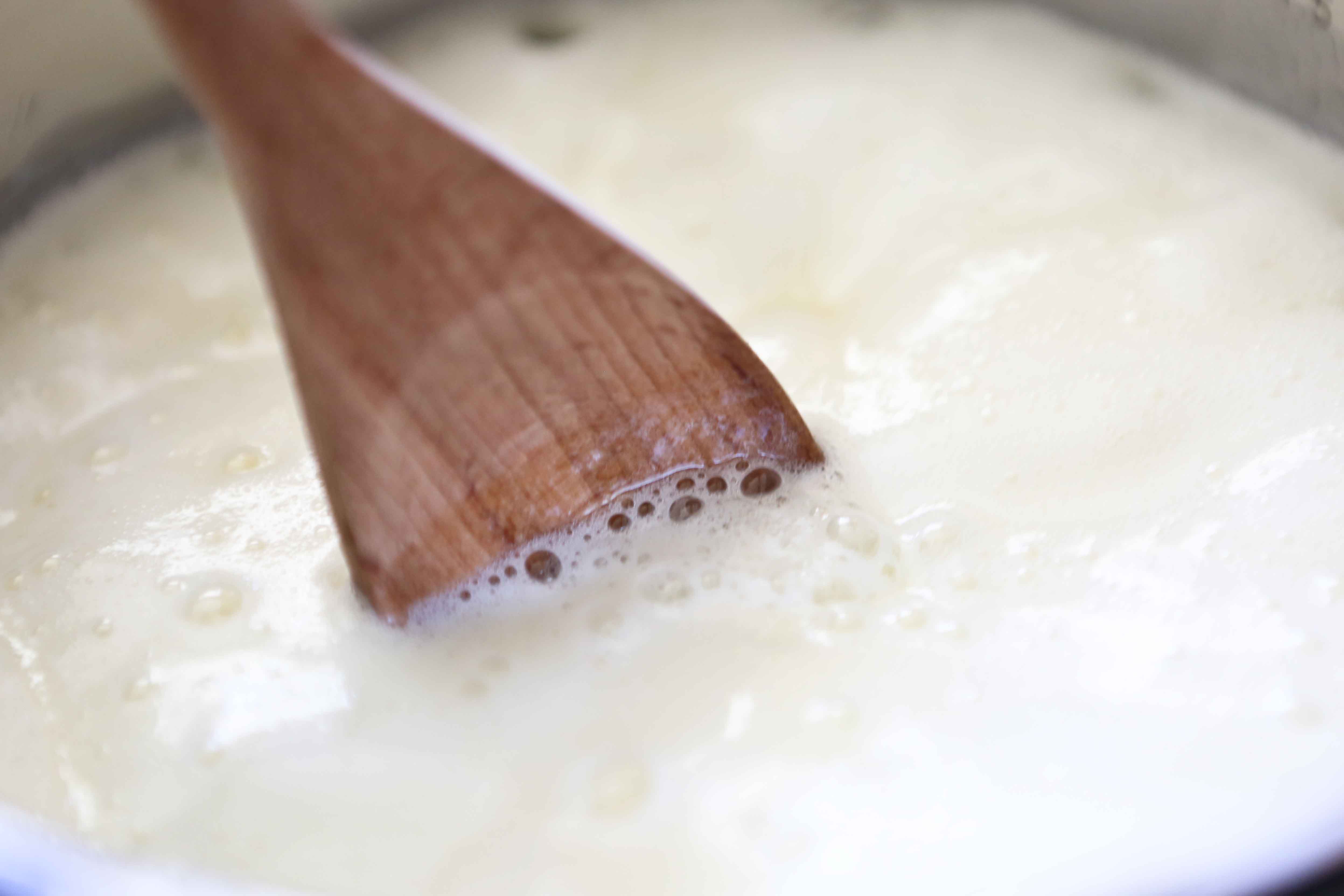 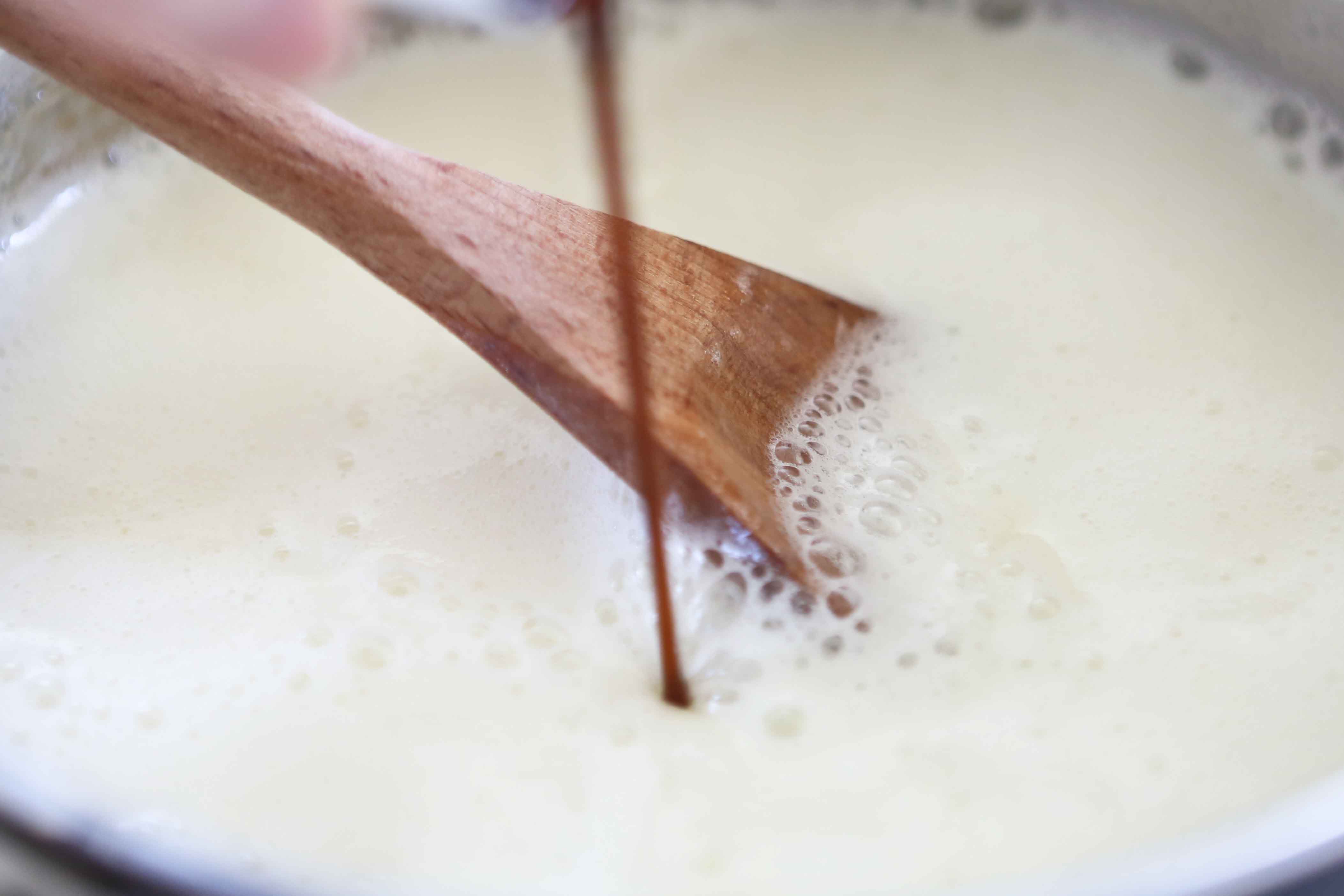 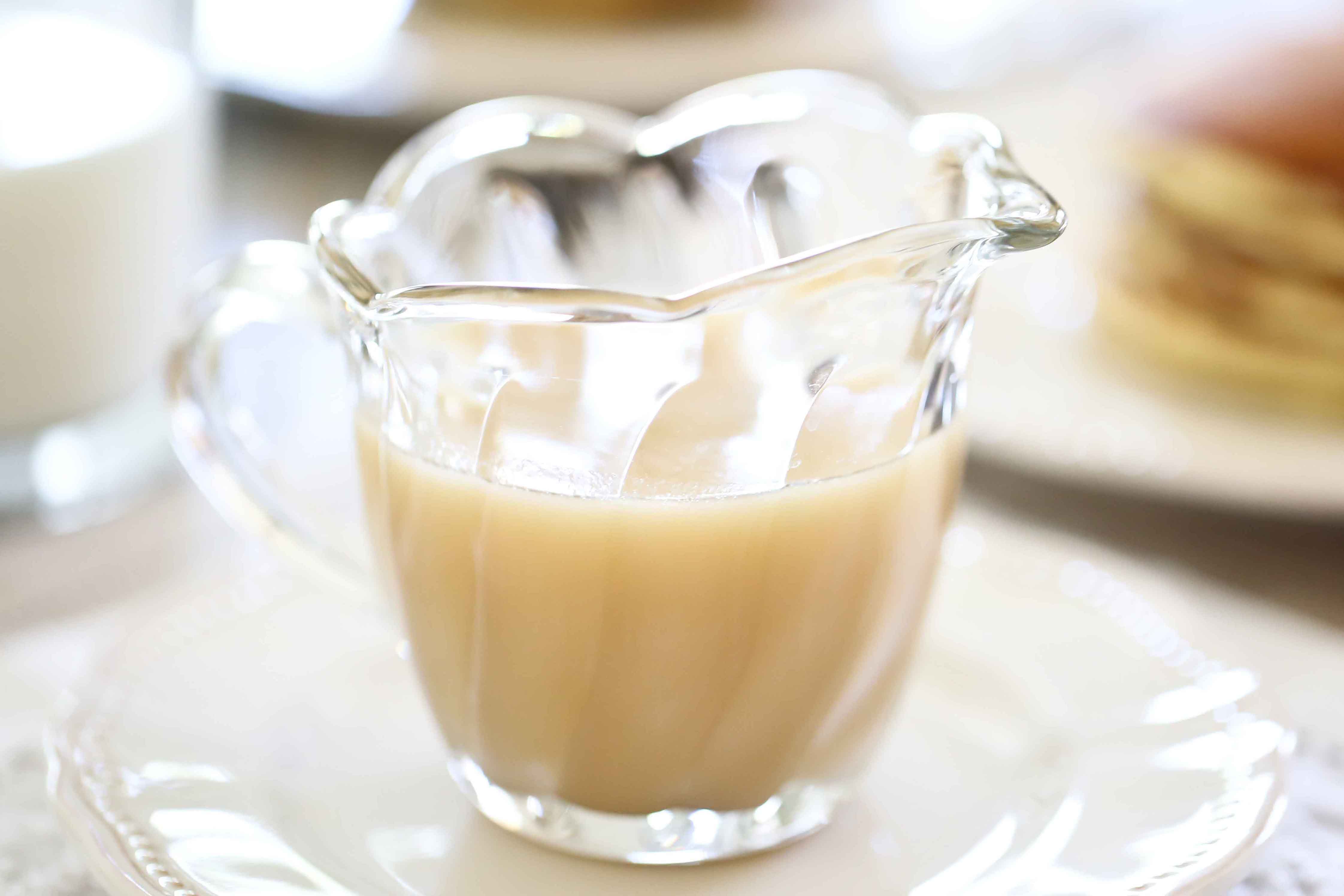 Serve immediately.
It may still be frothy, but as it cools, you can stir the froth into the syrup.
(This isn’t necessary, as the froth is as delicious as the syrup.)

Pour it on pancakes, French toast, waffles, German pancakes, or whatever.