These ribs make a great winter-time meal. They roast in a very hot oven for an hour and a half, and make the house smell delicious and feel cozy.  Short ribs are beef, and they taste like a succulent pot roast. 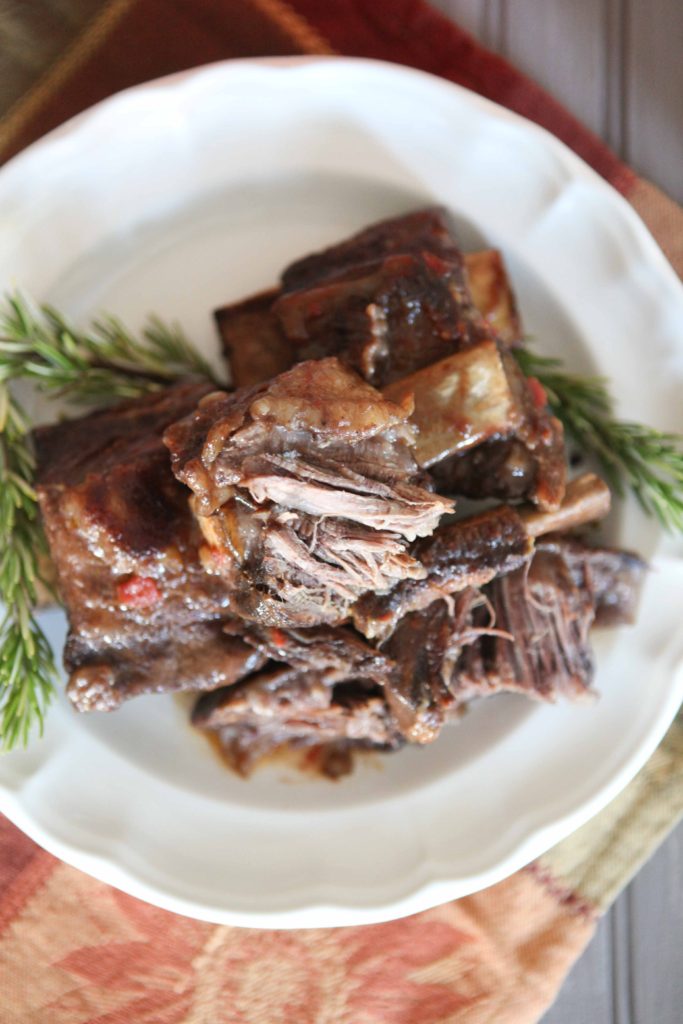 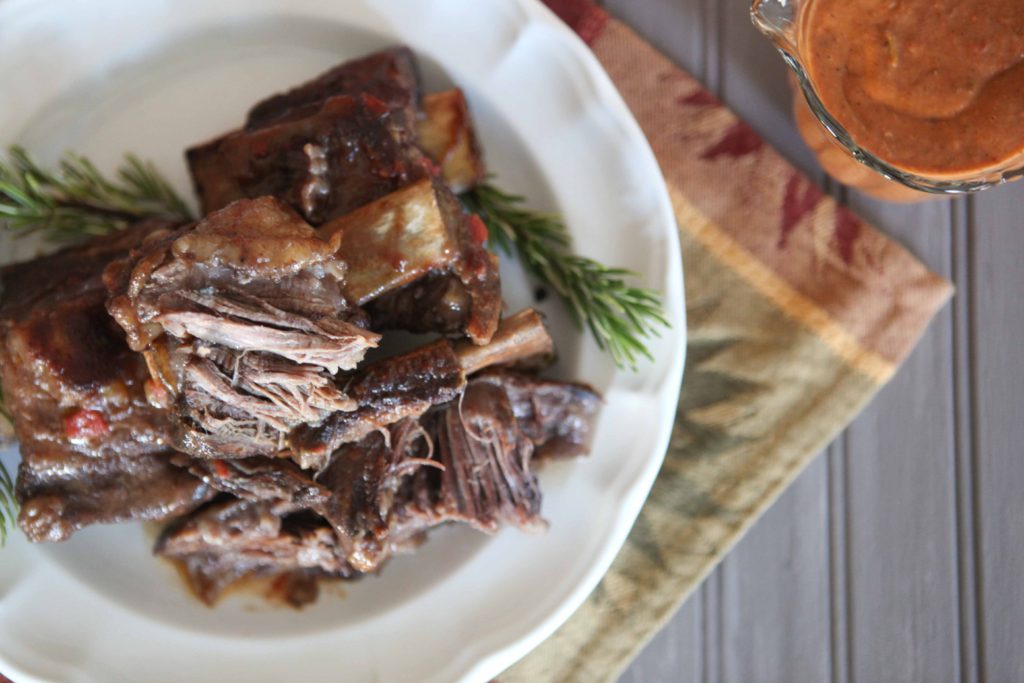 Preheat oven to 450 degrees F, and warm a Dutch oven to medium high on the stove.

Put the ribs in a large mixing bowl, and sprinkle with olive oil, salt, and pepper.  Toss to cover completely.

Brown half the ribs at a time in the Dutch oven.

Set the browned ribs aside, and drain all but 1 tablespoon of the fat from the Dutch oven. Saute the onion until translucent, then add rosemary and garlic. Saute for another minute or two. 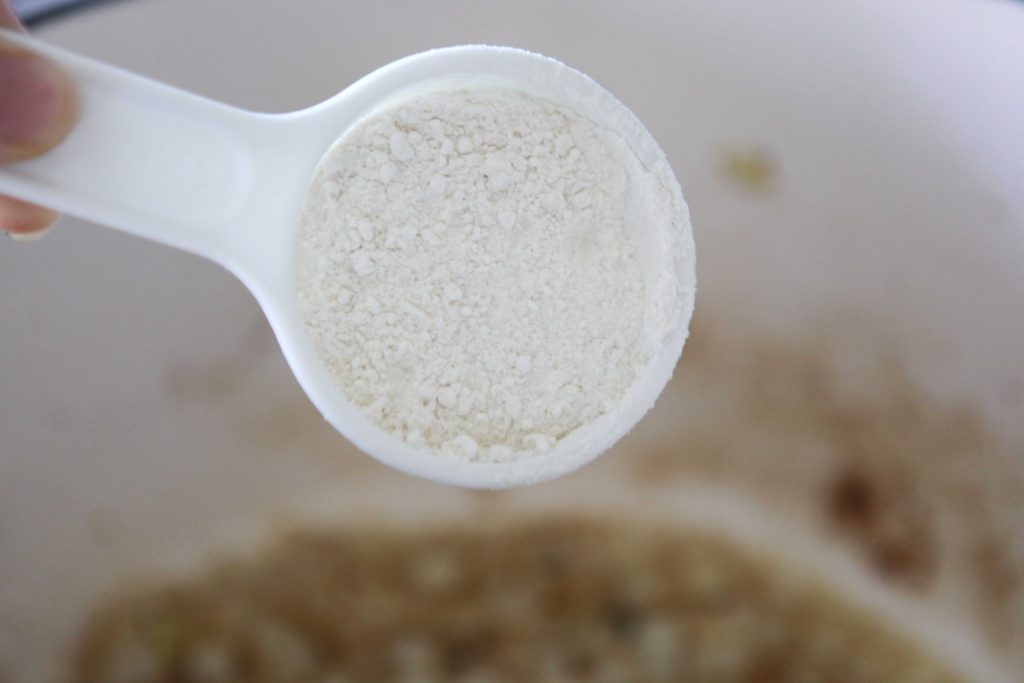 Stir in the flour. 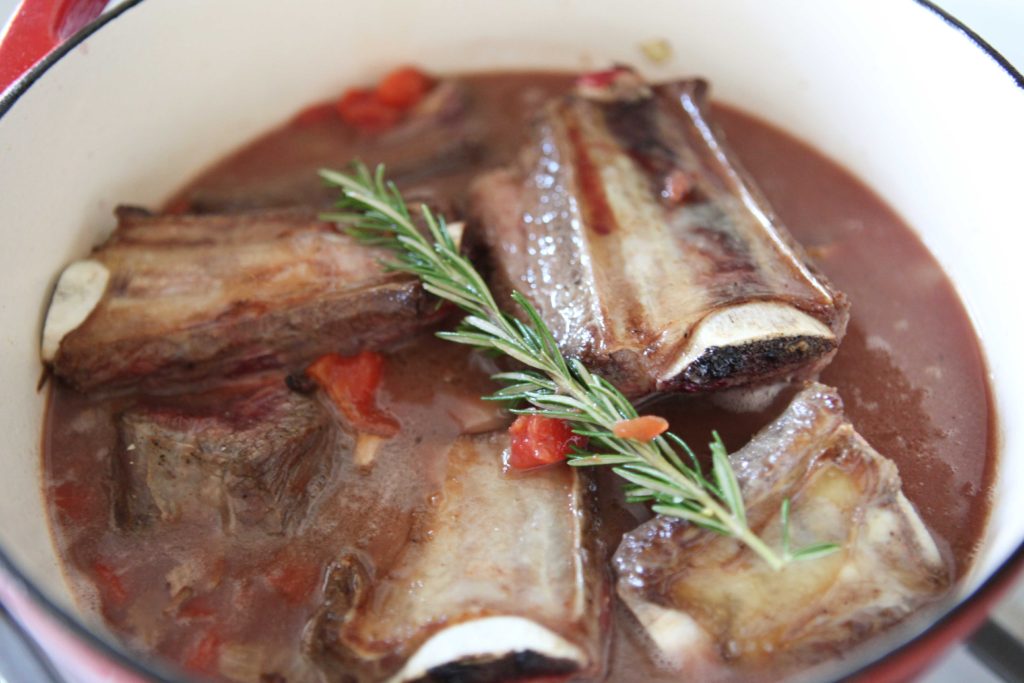 Return the ribs to the Dutch oven, and bring to a boil.

Lay a piece of heavy-duty foil over the pot. Press it down to touch the meat, and seal the edges. Then cover with the lid.  Place in the oven and bake at 450 for an hour and a half. 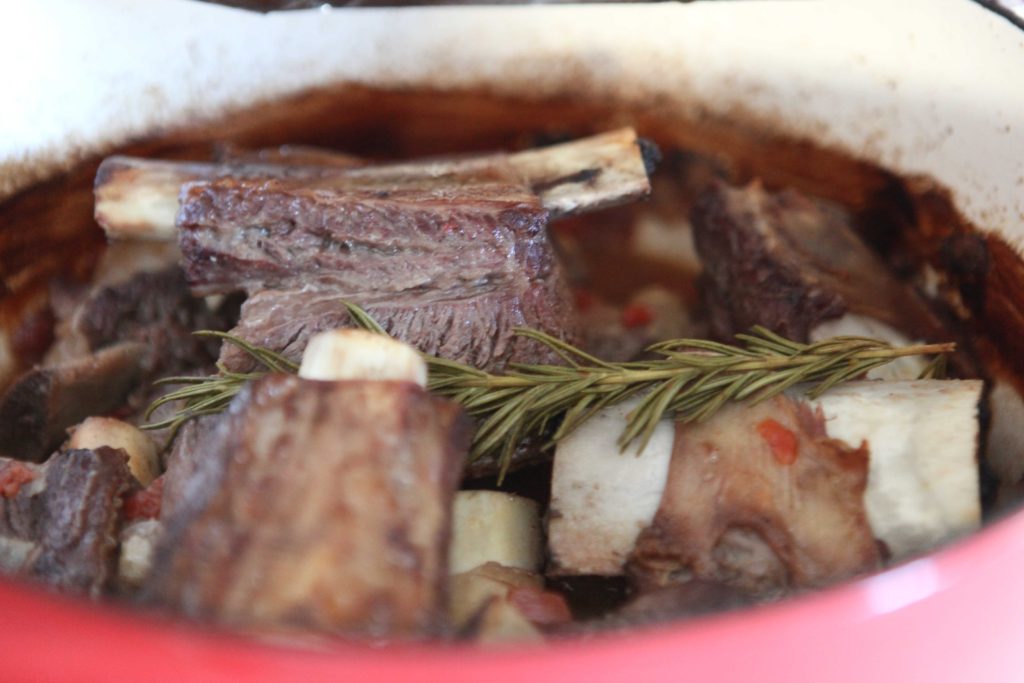 Let rest for about 10 minutes, then serve with the wine sauce. 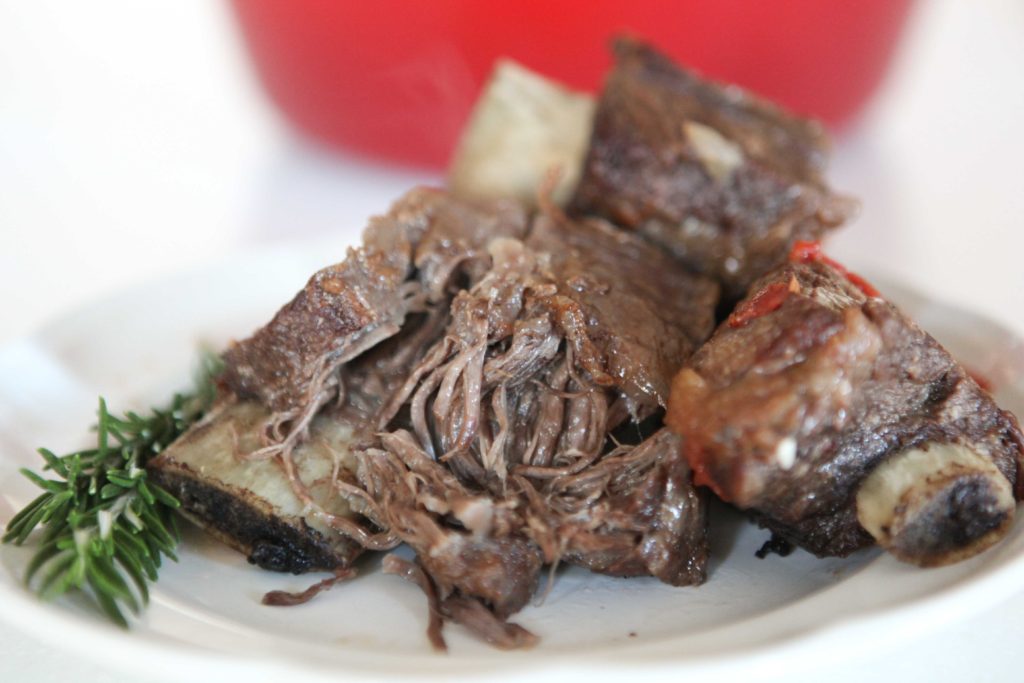 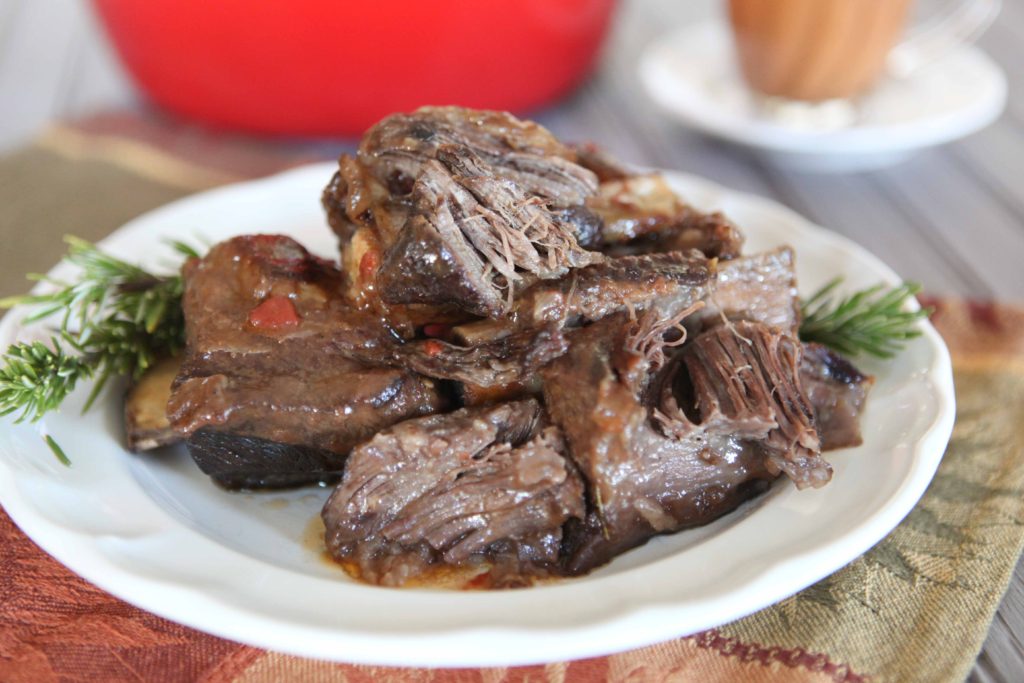