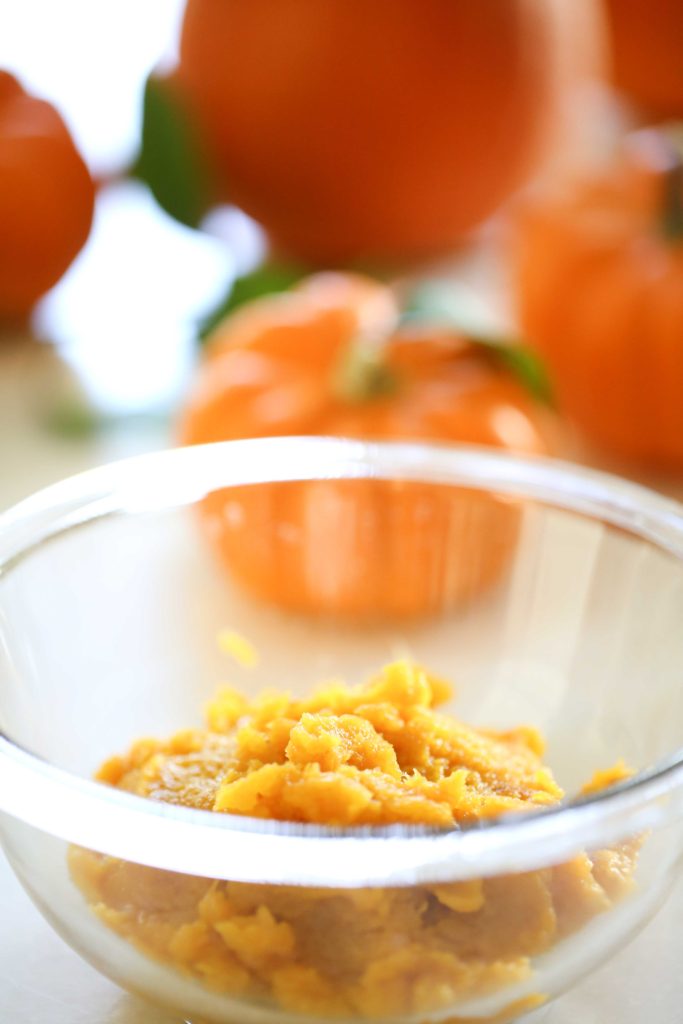 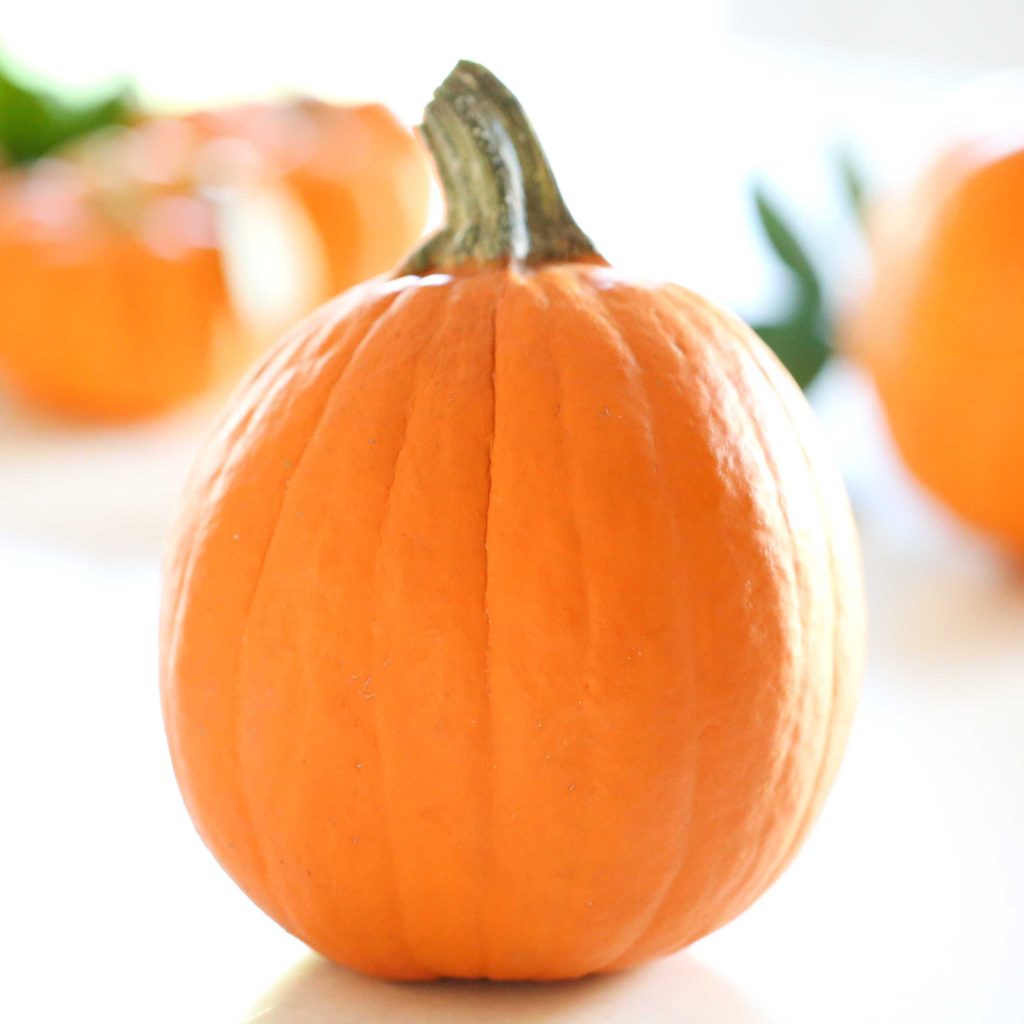 I did some studying up on them because I wanted to make my own pumpkin puree. It’s pretty simple — all you have to do is roast the little guys.  Fresh is usually so much better than any alternative, so I gave it a shot.  I’m glad that I did.

Here’s what you do. …  Start by preheating the oven to 350 degrees. 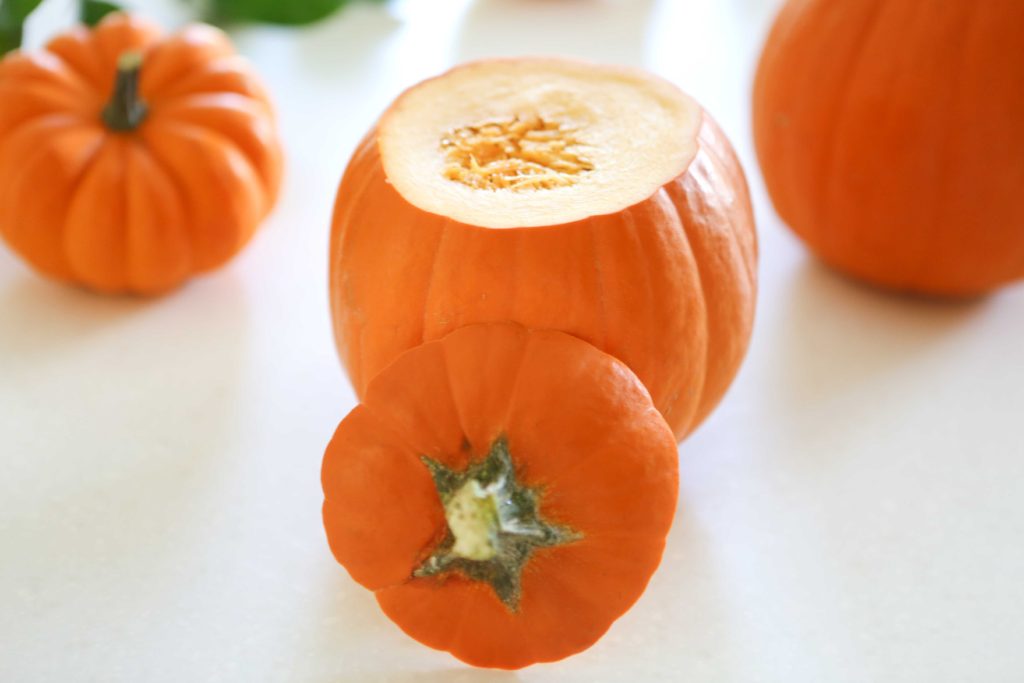 Using a large, sharp knife, cut the stem off the pumpkin. 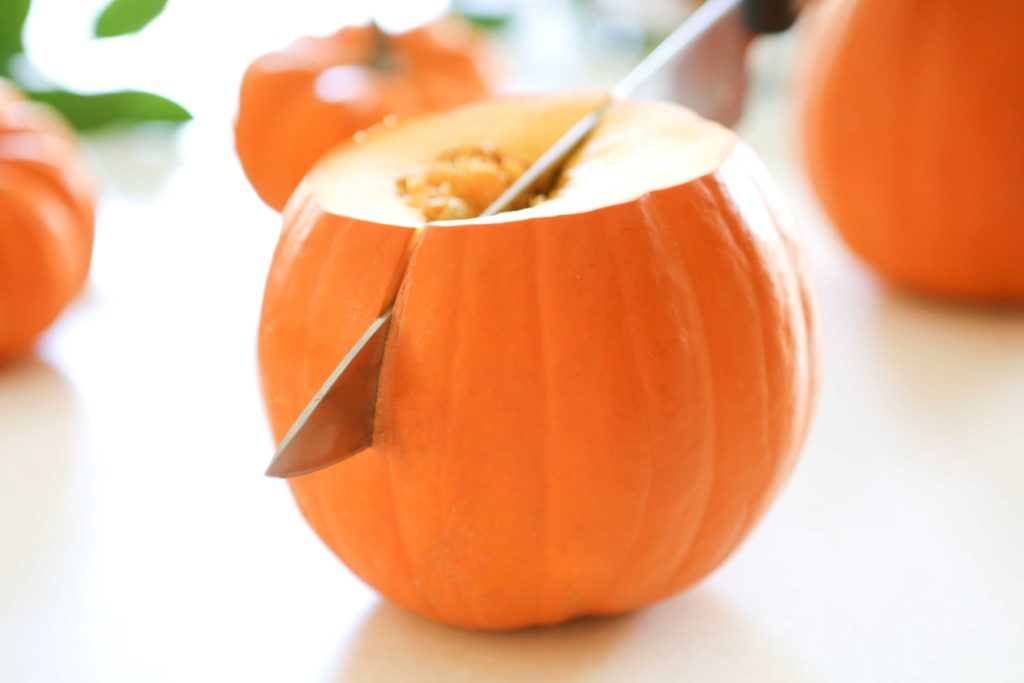 Now cut it in half. 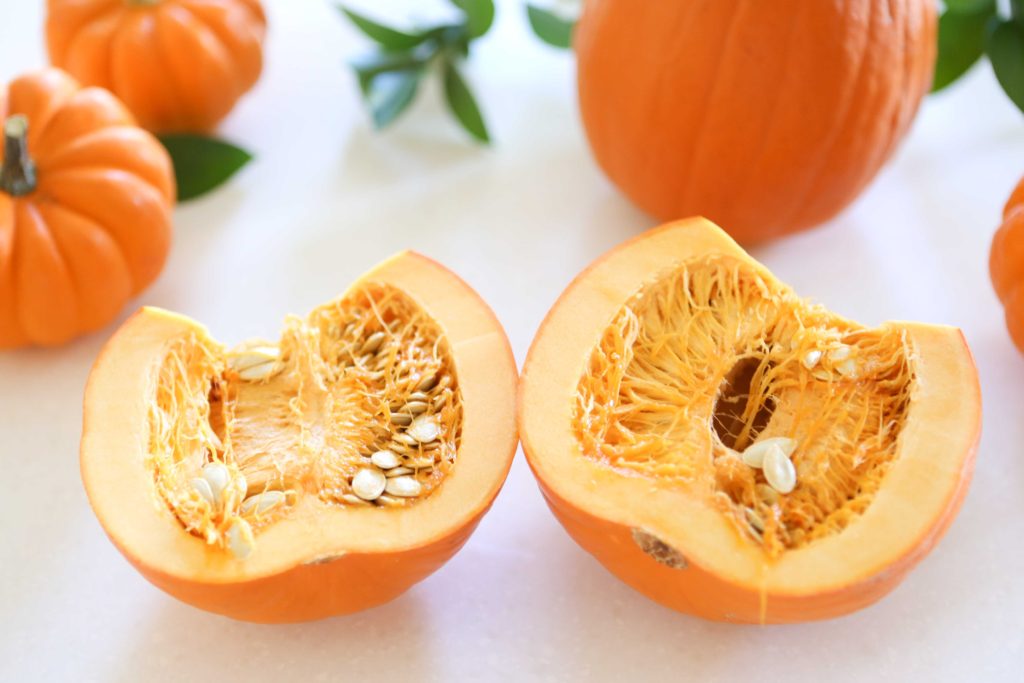 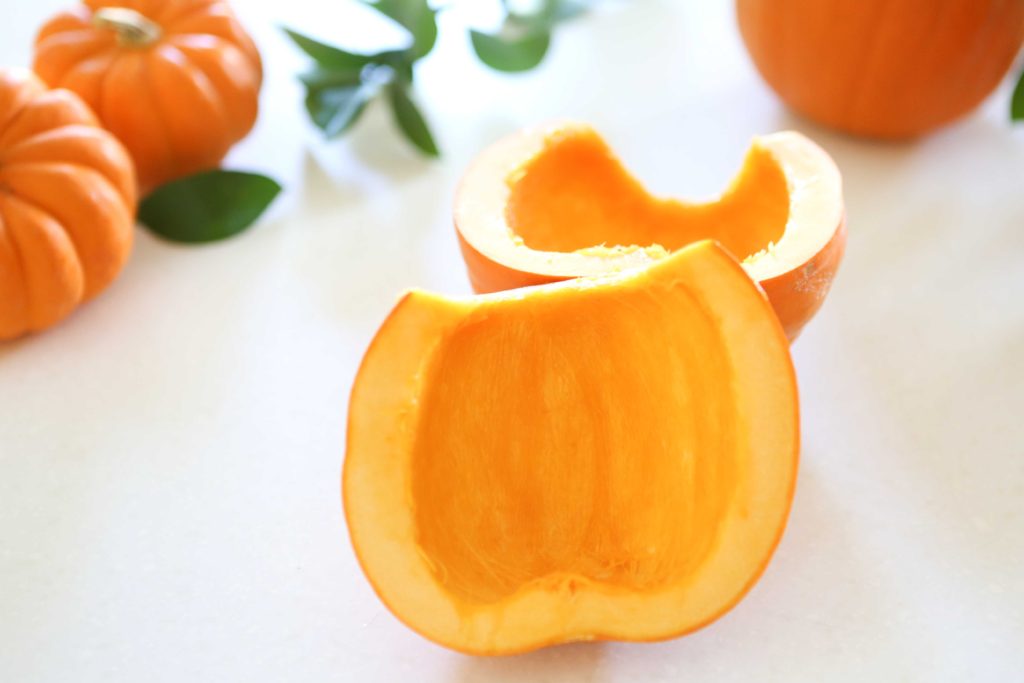 Scrape out the seeds and guts, and … 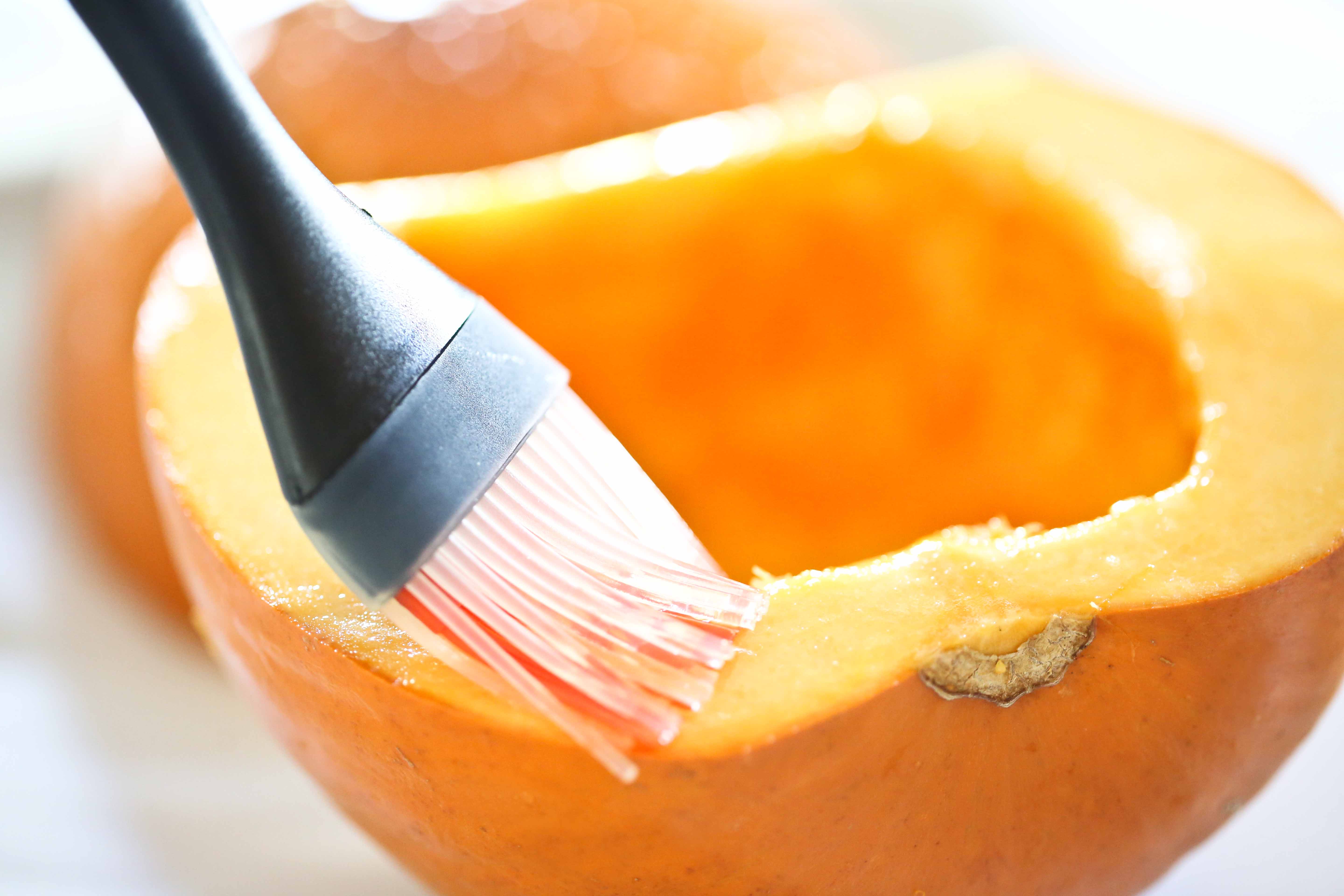 … then brush the inside and raw edges with oil. 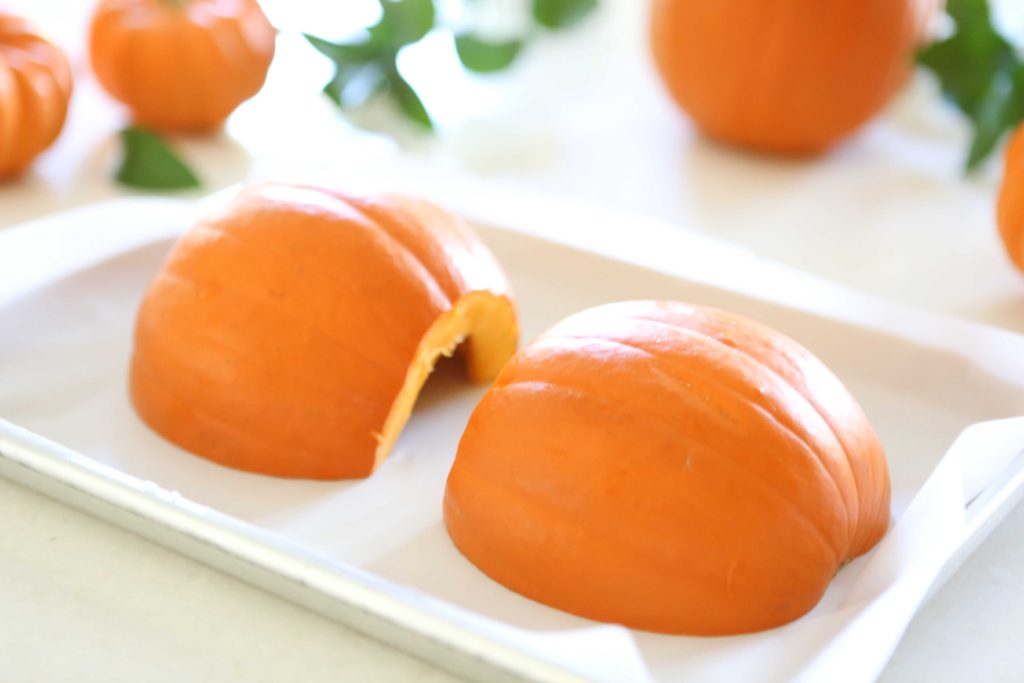 Lay the two halves face down on a parchment-lined baking sheet, and roast them at 350 degrees for 1-2 hours.
I know that’s a large time window, but keep an eye on them. 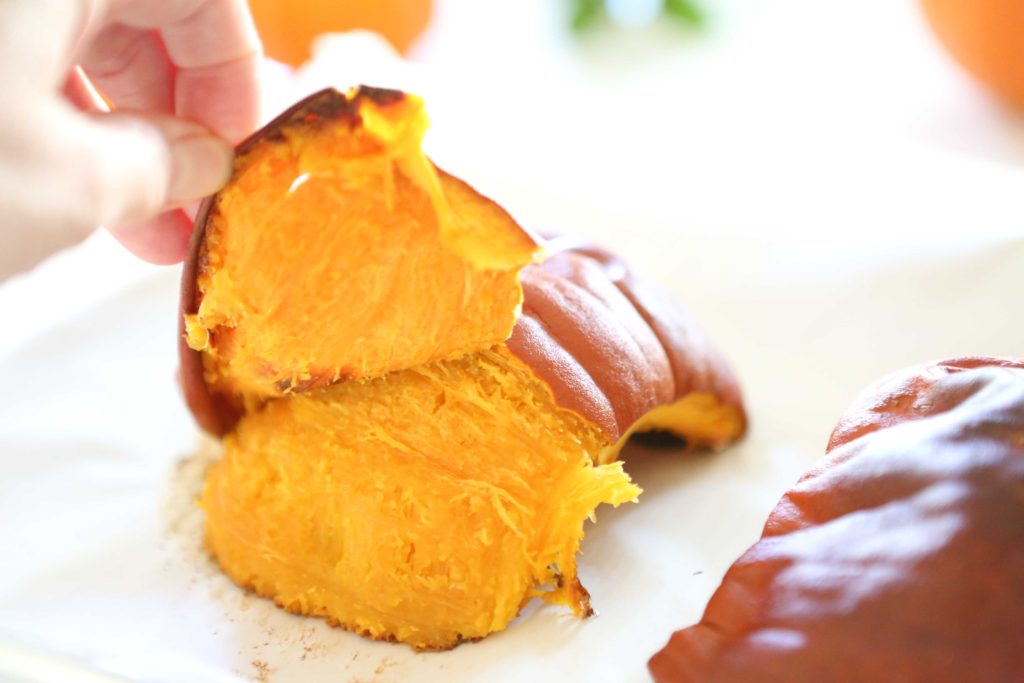 Gently pull the skin away from the flesh. Simple! 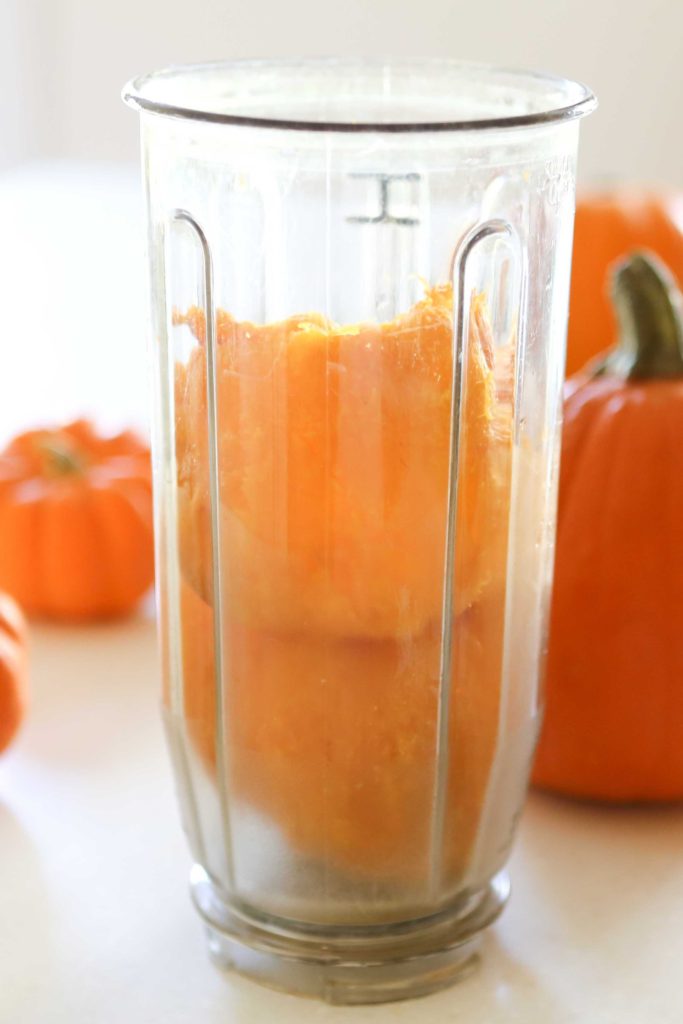 Put the flesh in the blender, and puree thoroughly. Make sure it’s completely smooth. 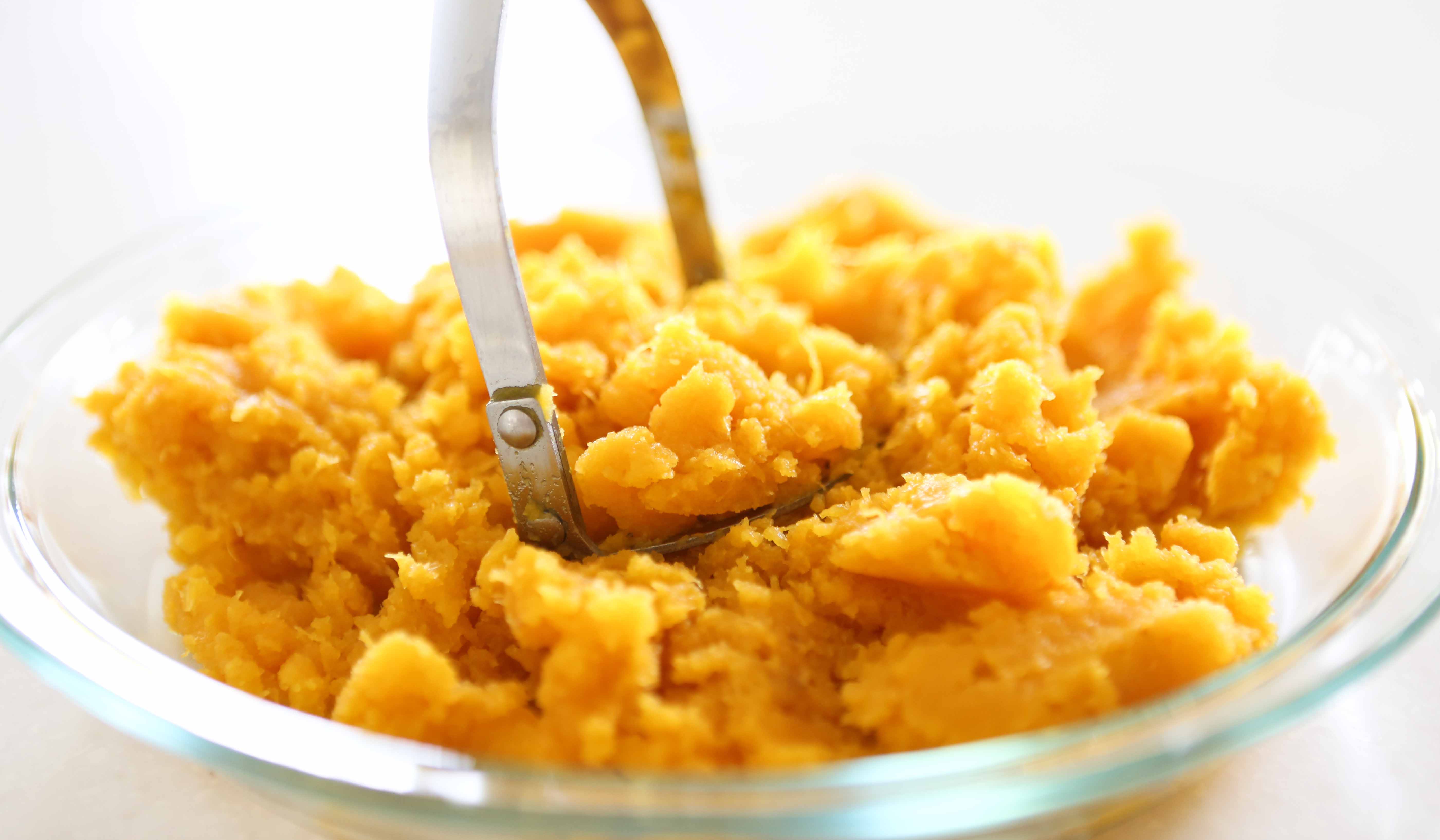 Sometimes, it’s been too thick to puree in the blender, so I thoroughly pulverize it with a potato masher. 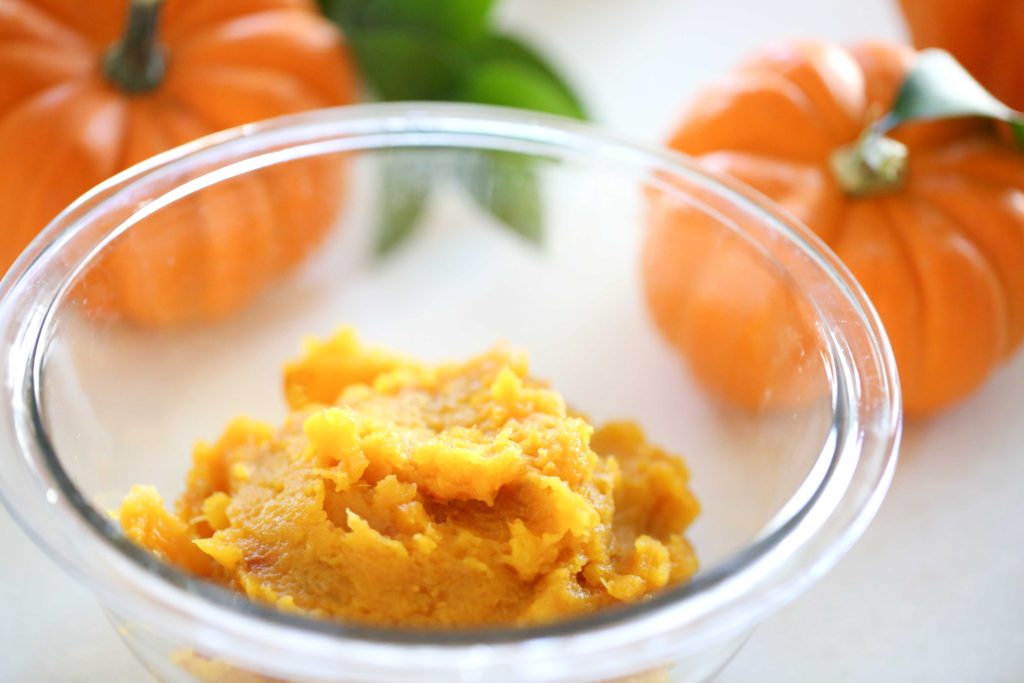 Let it cool, and you’re ready to go. If you aren’t going to use it right away, cover tightly and store in the fridge for 2-3 days.

NOTE:  Sometimes fresh puree in more runny than the canned version.  If that’s the case, make sure you strain it before using.